Cyprus in Winter – Off Season Travel 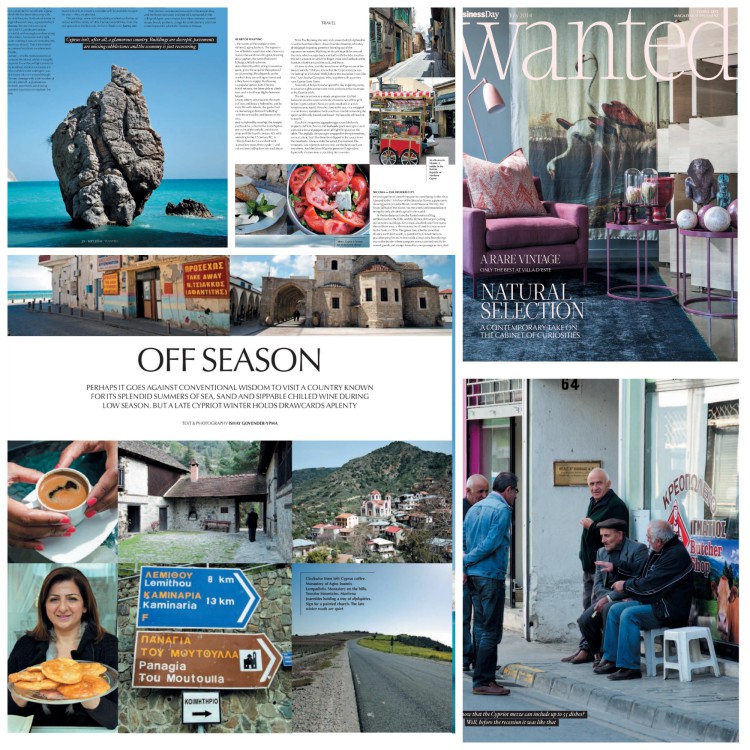 Perhaps it goes against all conventional wisdom to visit a country known for its splendid summers of sea, sand and sippable chilled wine, during winter. But a late Cypriot winter holds drawcards aplenty, as Ishay Govender-Ypma discovers. Article in Business Day Wanted, July 2014

“This is for you,” she says, handing me a large tray of sticky disk-shaped pastries, “I made it earlier this morning. Diplopittes with honey. It’s a delicacy from my grandmother’s village, Rizokarposo.” I’ve spent a fitful first night on a hard bed in Larnaca, the entry point for most tourists coming into Cyprus from outside the United Kingdom. I’m gnawed by hunger, and the inn manager must be too, because he monitors the diplopittes with a lascivious glare. So, we all partake in this syrupy-sweet deep-fried treat, wiping crumbs from our mouths, as Marilena Joannides, a local gastronomy specialist tells me about her grandmother. She tells us too about the foods from the now Turkish-occupied villages in the northeast, from the Troodos region and the west.

Marilena has driven in from the main city Nicosia, 45 minutes away, just to meet me before she catches a flight to Germany. There she aims to promote her cookbook Cyprus – a Culinary Journey, that she has been labouring over with star German chef Franz Keller. And thus, my very first taste of winter in Cyprus is of fragrant orange blossom honey, a grandmother’s treasured recipe, and philoxenia – the ancient concept of generosity to strangers, which Cypriots are famous for. 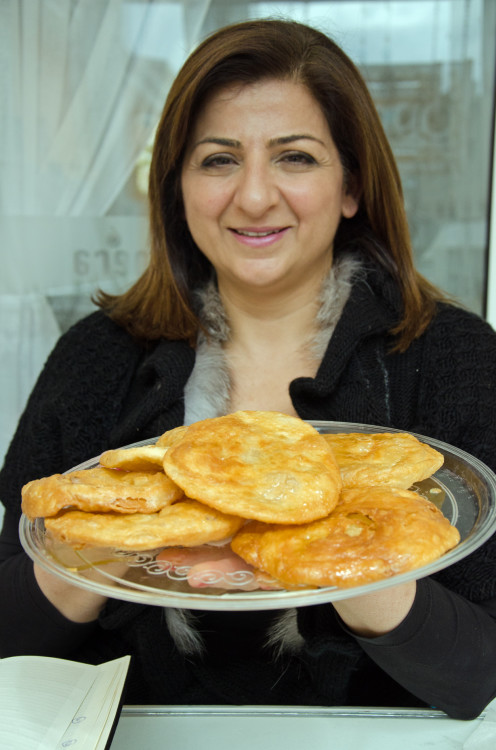 Late winter in Cyprus is mild, with sunshine along the coast and warmth enough to freckle your shoulders. So sunscreen and a light sweater are needed, and heavier clothes if you are venturing into the mountains. And venture you should. This is the time of year when tourists and occasional residents are elsewhere, and the roads free of traffic. Driving in Cyprus is a must – it’s the most economical and practical way to get around the island, which is roughly 225 kilometers across the longest point. Even if your flight arrives in the wee hours when only madmen and tortured poets are up, you can arrange for a vehicle to be waiting for you.

Do drop the expectations of a lovely, luxury city run-around though; the car you order could be very average with a fair number of nicks and bruises. Cyprus isn’t, after all, a glamourous country. Buildings are decrepit, pavements are missing cobblestones and the economy is just recovering from the recent debilitating financial crisis. 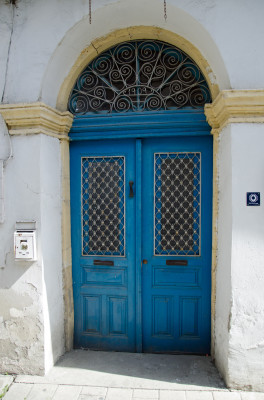 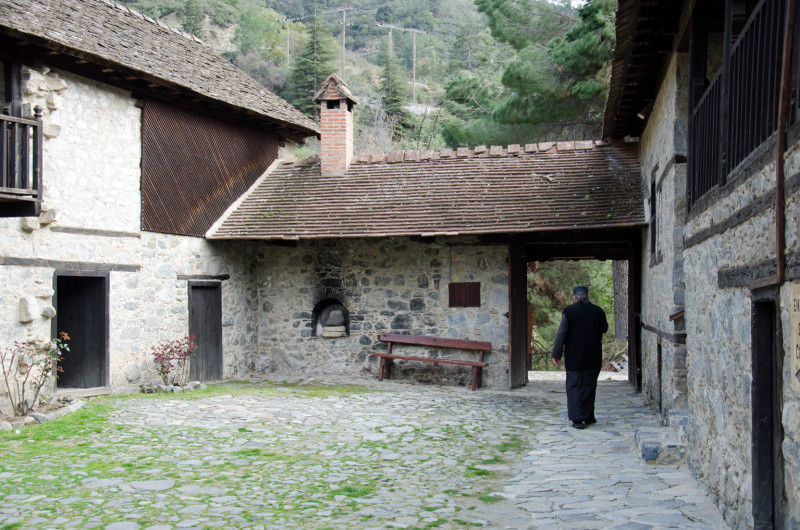 Without the crush of traffic or pushy Europeans, driving in Cyprus is a pleasure. The middle-aged couples in need of sunshine and the boisterous youngsters with backpacks prefer to head for the coast in Ayia Napa on the far eastern side of the southern coast of the island. In fact, as you head towards the central part of the island, and the mountainous paths get narrower and rubbly with loose debris and rocks, you’ll be glad for the chance to navigate the car without much oncoming traffic. Or aggressive drivers in the pursuit of ski slopes, nipping at your bumper. Skiing is a possibility when it snows in the thrust of winter, but pursuing the cottage industries and magnificent painted churches in the mountain villages holds its own charm. 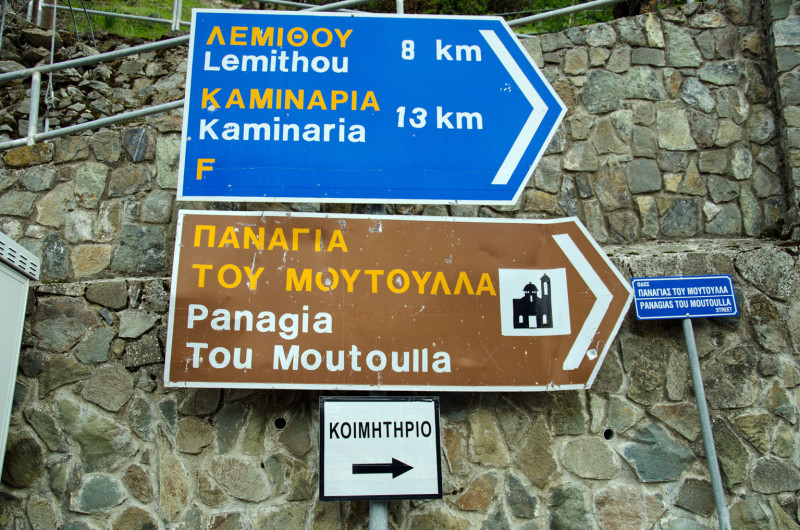 The painted churches are a misnomer of sorts. Byzantine structures, some the size of sheds, they are drab and somewhat depressing on a dull day when viewed from the outside. But on the inside, if you are wise enough to contact the local tourism boards to ensure a caretaker will be available to open for you, they are glorious. The paintings, some still embodying washed out flashes of colour and the naïvety of fourteenth century sensibilities, focus the eye upward to the heavens. As Colin Thubron in Journey into Cyprus states, ”The worshipper is awestruck, but lost. Godhead, redemption, eternal life – the whole hierarchy of paradise is spread above him like an opaque and glimmering womb….God is born and dies in the dark…”

For me, a sobering moment arrives at the Ayios Ioannis Lampadistis Monastery. After a quiet visit in the chapel (“No pictures, please,” the presiding monk warns), I go into the monastery shop to buy local dried herbs, candles and candies. The monk seems far more at peace receiving my money than I am parting with it. I’m reminded of all the times through history that the church has been in control of money and consequently, power.

The Troodos Mountain, with its cool climate is also known for the butcheries that produce excellent spiced sausages and wine-cured meats that keep well. Equally popular are the dried figs and strings of soujoukos – fresh almonds dipped in thickened grape juice, served to guests as a welcome sweet.

Pink Damascus roses are harvested in the area in May, and the finest rose water and rose oil is extracted. In the village of Agros, you can purchase these and rose-scented soaps, beauty products, syrups for confectionary and even a rose liqueur that the Troodos is famous for. 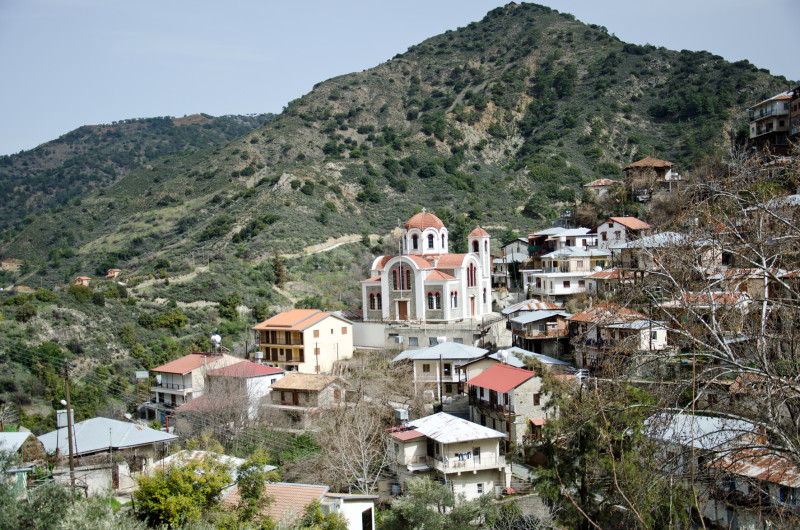 Aphrodite and the Art of Feasting 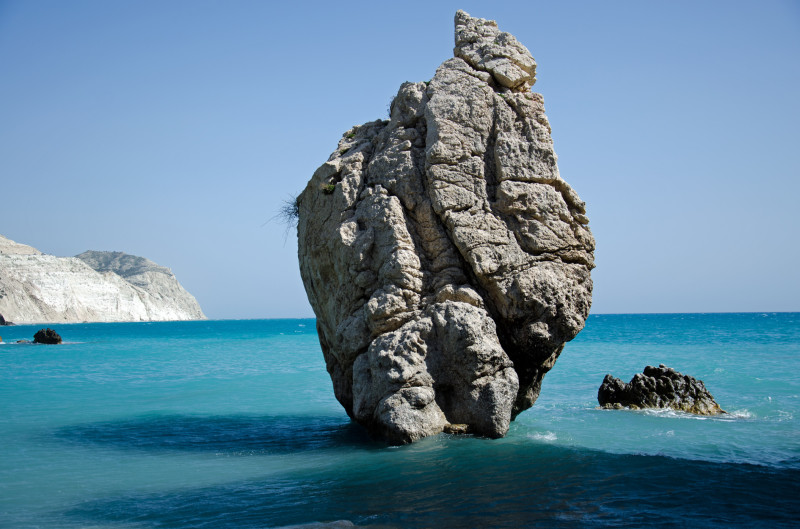 In Paphos in the west, where British retirees have stamped their mark in the form of kitsch teashops and popular fast food joints, the waters of the seaside resorts shimmer next to pale-skinned, ageing bathers. This is the region well known for the influx of British expatriates who chose to spend their leisurely years in the waters and sunshine of Cyprus, feasting on lamb kleftico, unctuous yoghurt, the famed halloumi cheese of the region and cheap, chilled red wine.

The ‘golden visa’ also offered by other ailing economies such as Portugal and Spain, gives the acquirer the option of permanent residency or citizenship. This depends on the value of the property they are willing to invest in and monies they can prove they have in supply. Purchasing a residency has been a popular option with Chinese businessmen and British retirees. The latter are able to climb onto one of two daily four and a half hour flights between Paphos and Gatwick airport.

In Paphos, I, like so many others, am drawn to the myth and legend of Aphrodite, the goddess of love, beauty and by accounts of her hedonistic life with Adonis, the goddess of lust and pleasure. Ever since marveling at Botticelli’s painting of the Birth of Venus, I’ve been taken with the sensuality and beauty of the goddess and her consorts. The temple, a sanctuary dedicated to Aphrodite worship is located in the Kouklia village, a short drive from Paphos. Walking amongst the open ruins of the temple, amidst stone pillars and vessels used up until the fourth century AD, with evidence of worship extending to the twelfth century BC, is a startling experience. The sleepy village of Kouklia has evolved with modern times – here a jewellery store, there a pub, and yet, next door lies evidence of the ancient civilisations we only read about in history books. 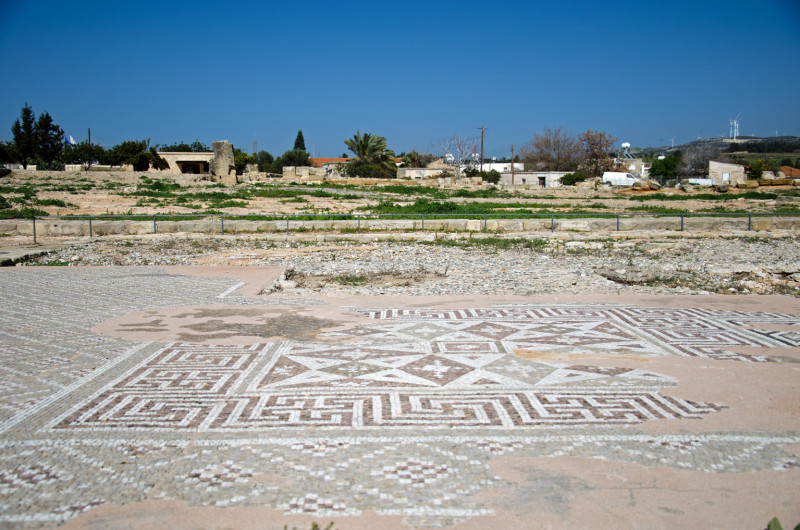 The Petra Tou Romiou – the very rock around which Aphrodite is said to have been born, draws hoards of tourists who photograph its jutting presence, looming out of the aquamarine waters. Walking on the white pebbles around the rock, that scrape back and forth with the tide, we reaslise this isn’t a beach to linger at. I take one last look at the foam as it froths around the rock, and we leave.

It’s time to dine, and the best dinners in Cyprus are of the mezze variety. “Did you know that the Cypriot mezze can include up to 55 dishes? Well, before the recession it was like that,” says Louisa Georgiou, who together with a partner runs Cyprus Taste Tours.

Naturally, it helps if you’ve spent the day exploring ruins, excavation sights and ancient rocks and you arrive ravenous at the Cypriot table.

The mezze arrives in a steady progression. Grilled halloumi must be eaten while the cheese is hot off the grill, before it gets rubbery. Next to arrive at the table are pork meatballs in a rich tomato sauce, squid, if you’re close to the sea, rice wrapped in vine leaves, tzatziki so thick, you have trouble removing the spoon and freshly baked pitta bread. The bread is still too hot to touch.

Zucchini croquettes, sagnaki – eggs scrambled with peppers and feta cheese, loukaniko – pork sausages cured with red wine and peppercorns, all fight for space with your wine glass. The sheftalia, fat sausages wrapped in sheep intestines are succulent, but I like them best dipped in the sauce from the meatballs. Always order the salad, I‘ve learned. The tomatoes, sun-ripened and rosy red are the best you’ll eat anywhere. And the famed Cypriot potatoes? Legendary. Especially, if eaten near a crackling fire in winter. 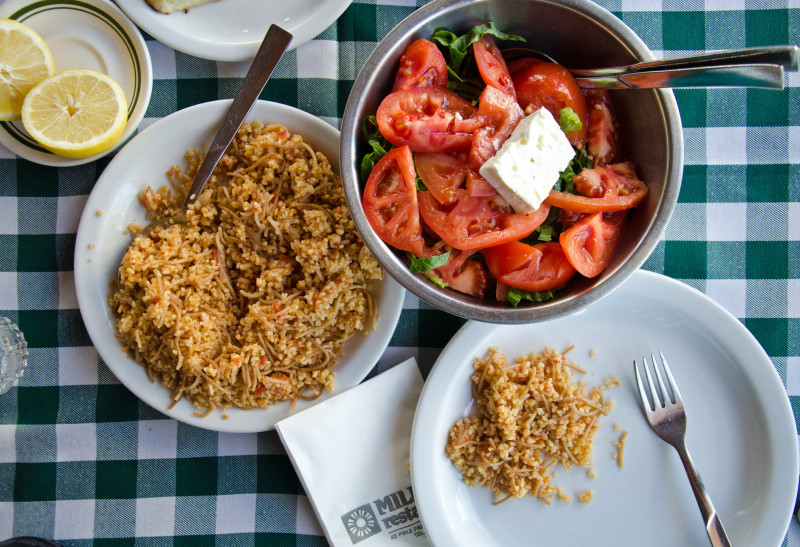 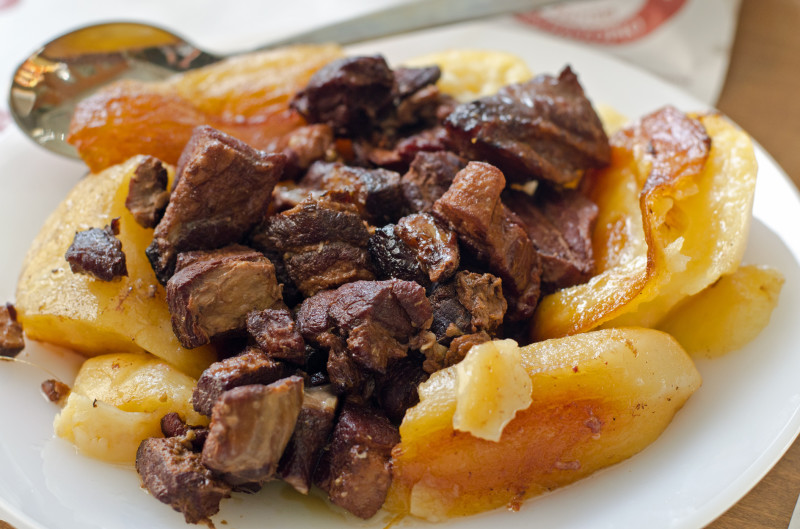 An anticipation of something grim to come hangs in the air as you ascend to the 11th floor of the Shacolas tower, a panoramic viewing point in Ledra Street, in old Nicosia. The city, the financial hub of the land, has the unenviable reputation of being the only divided capital in the world. In the far distance you will see the Turkish national flag emblazoned on the hills, and the domes of mosques jutting out.

On a map, a barbed wire line marks the northern area, a slim moustache of land that was seized by the Turkish in 1974. The green line, a buffer zone that divides north from south is patrolled by the U.N peace keeping forces and a short walk along Ledra Street brings you to the border where passports are strictly scrutinized by armed guards and stamps issued for your passage across. And just like that, you are in the Turkish Republic of Northern Cyprus – the sight of the red simit and fruit carts and the markets with vendors calling out, confirming this. 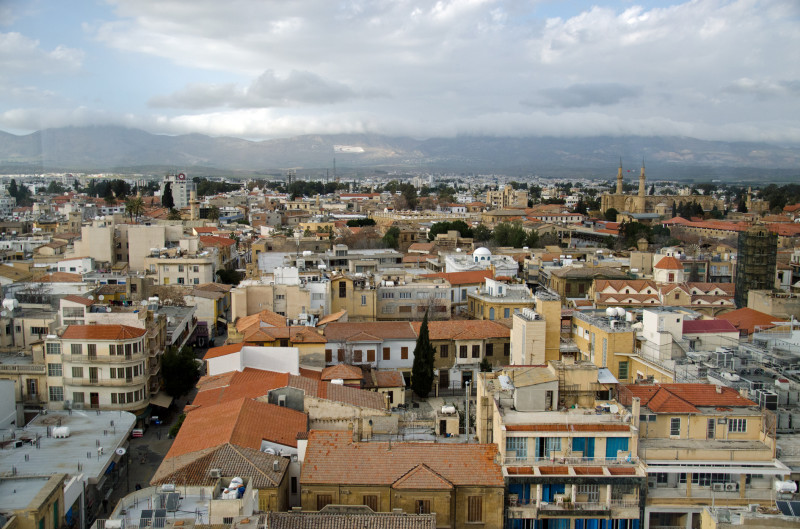 No Cypriot will cross and the same can be said for the Turks, each with their own stories about suffering and injustice.

The Cypriot tourism organisiations are clear in their warnings about travel across the border. It’s dangerous, don’t do it please, they say. Cypriots will tell you about the deep-seated fear they live with to this day as a nation that has been constantly invaded and displaced since antiquity. The Romans, the Ottoman Empire, the Crusades. They will tell you about grandmothers who left to visit children for a weekend and who returned to find their very homes occupied – lives painstakingly built, lost in an instant. And maybe, your intrepid writer friend will whisper in your ear, that the real untouched beauty of Cyprus, rough and rugged and devoid of mass tourism lies in the north. But make sure to get the right car insurance, he will warn you. And that too, could make for a fine winter jaunt in Cyprus. 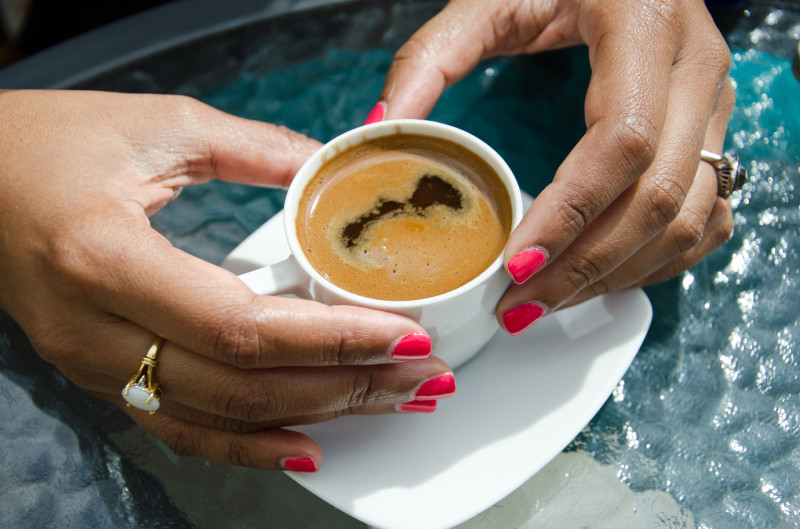 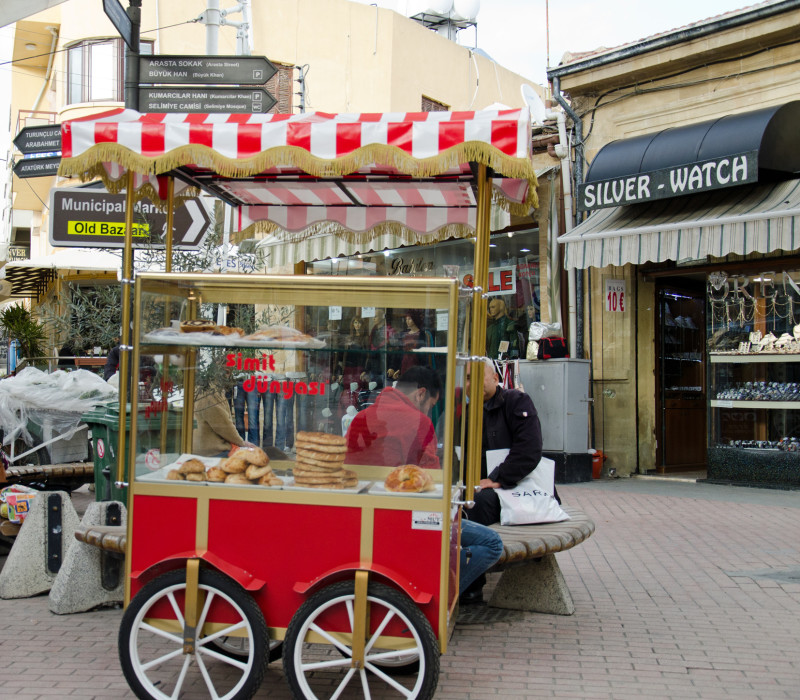 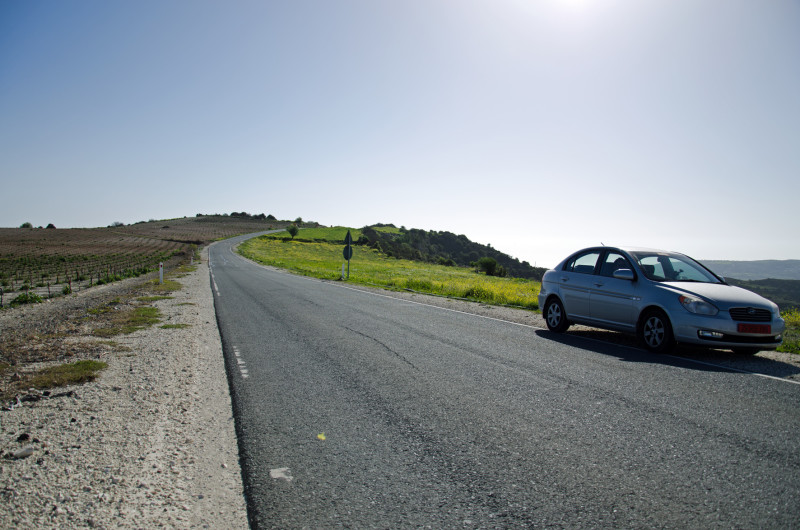 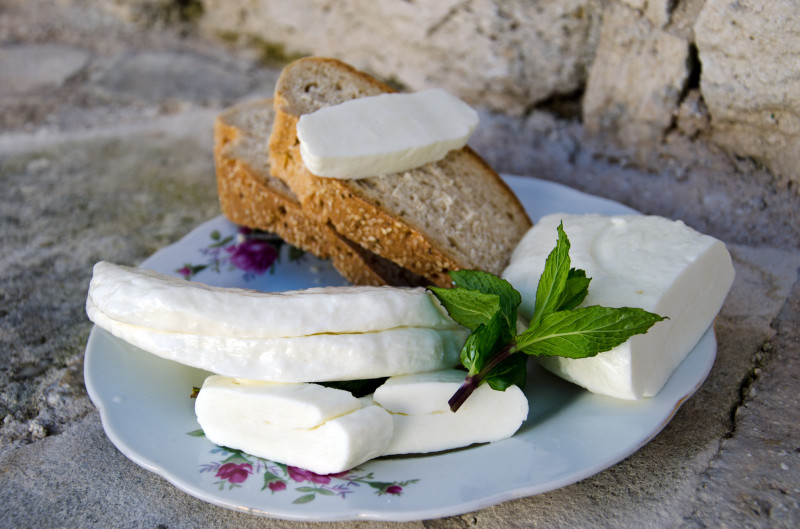