Inside the Bo-Kaap Kitchen

Inside the Bo-Kaap Kitchen – The Cape Malay Plate 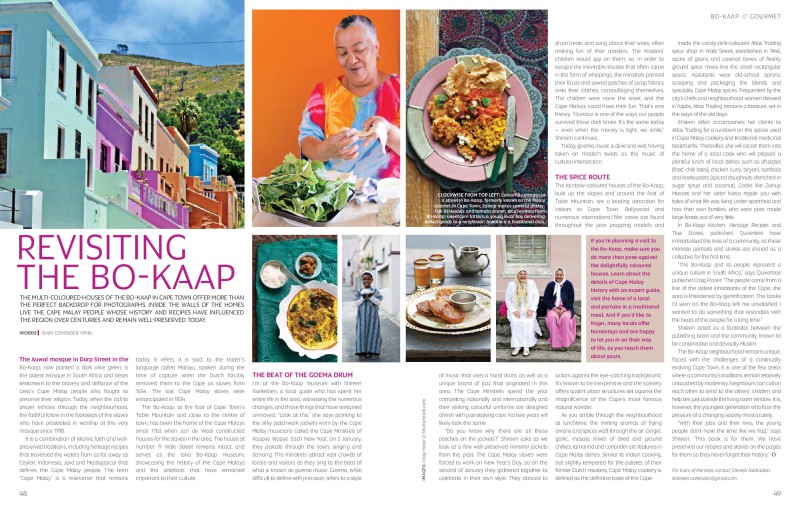 The pretty pastel houses of the Bo-Kaap in Cape Town offer more than the perfect backdrop for photographs. Inside the walls of the homes live the Cape Malay people whose history and recipes have influenced the religion over centuries and remain well preserved today

The Auwal mosque in Dorp Street in the Bo-Kaap, now painted a dark olive green, is the oldest mosque in South Africa and bears testament to the bravery and defiance of the area’s Cape Malay people who fought to preserve their religion. Today, when the call to prayer echoes through the neighbourhood, the faithful follow in the footsteps of the slaves who have prostrated in worship at this very mosque since 1798. It is a combination of Islamic faith and well-preserved traditions, including heritage recipes that traversed the waters from as far away as Ceylon, Indonesia, Java and Madagascar that defines the Cape Malay people. The term ‘Cape Malay’ is a misnomer that remains today. It refers, it is said, to the trader’s language called Malayu spoken during the time of capture when the Dutch forcibly removed them to the Cape as slaves from 1654. The last Cape Malay slaves were emancipated in 1834. 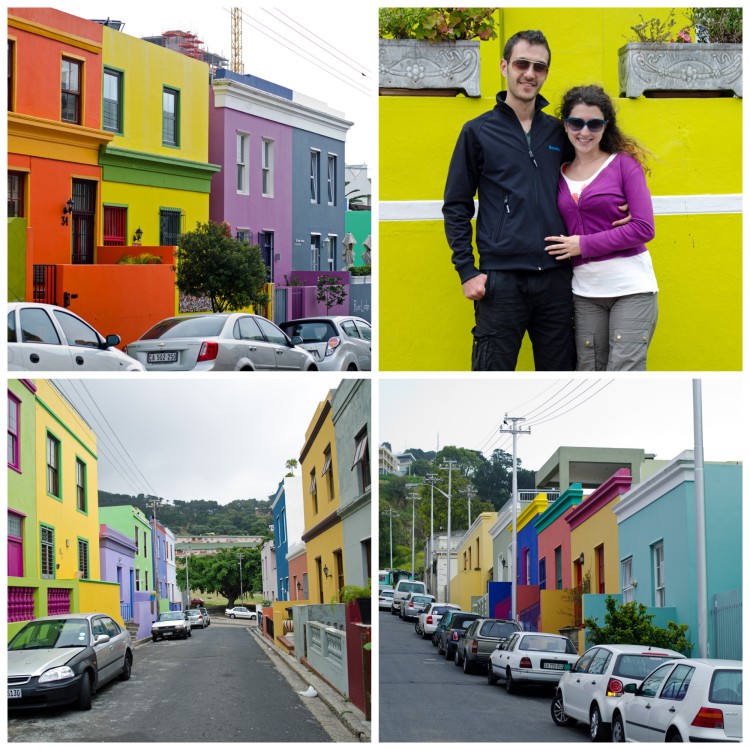 The Bo-Kaap, at the foot of Table Mountain and close to central town has been the home of the Cape Malays since 1763 when Jan de Waal constructed houses for the slaves in the area. The house at number 71 Wale Street remains intact to this day, and serves as a museum, the Iziko Bo-Kaap museum, showcasing the history of the Cape Malays and the artifacts that have remained important to their culture.

The Beat of the Goema Drum

I’m at the Bo-Kaap museum with Shireen Narkedien, a local guide who has spent her entire life in the area, witnessing the numerous changes, and those things that have remained unmoved. “Look at this,” she says pointing to the silky patchwork jackets worn by the Cape Malay musicians called the Cape Minstrels. Each New Year, on the second of January to be specific, they parade through the town, singing and dancing in the festival known as the Kaapse Klopse. The minstrels attract vast crowds of locals and visitors as they sing to the beat of what is known as goema music. Goema, while difficult to define with precision refers to a style of music that uses a hand drum, as well as a unique brand of jazz that originated in this area. The Cape Minstrels spend the year competing nationally and internationally and their striking colourful uniforms are designed afresh with painstaking care.  No two years will likely look the same. “Do you know why there are all these patches on the jackets?” Shireen asks as we look at a few well-preserved minstrel jackets from the past. The Cape Malay slaves were forced to work on New Year’s Day and on the second of January, they gathered together to celebrate in their own style. They danced to drum beats and sang about their woes, often making fun of their masters. The masters’ children would spy on them and in order to escape the inevitable trouble that often came in the form of whippings, the minstrels painted their faces and sewed patches of scrap fabrics onto their clothes, camouflaging themselves. The children were none the wiser, and the Cape Malays could have their fun. That’s one theory. “Humour is one of the ways our people survived those dark times. It’s the same today – even when the money is tight, we smile,” Shireen continues. Today, goema music is alive and well, having taken on modern twists as the music of cultural intersection. Internationally acclaimed artists Taliep Petersen and Jonathan Butler initially embarked on their careers as minstrels in the Kaapse Klopse. 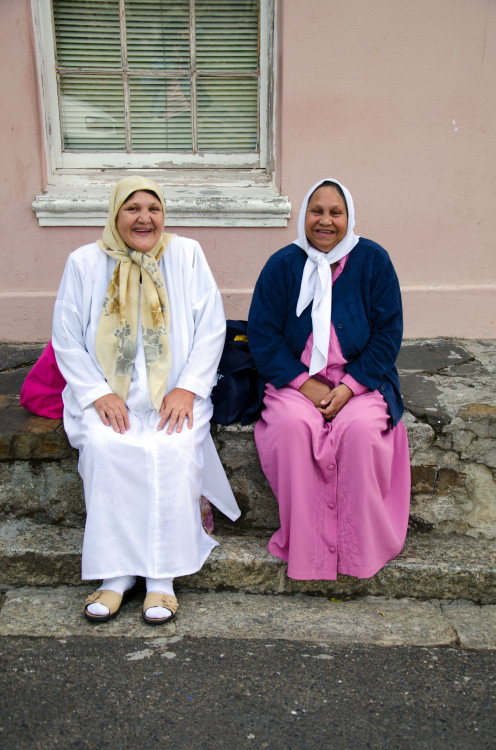 Bo Kaap women take a break up the steep hills

The pastel coloured houses of the Bo-Kaap built up the slopes and around the foot of Table Mountain, are a leading attraction for visitors to Cape Town. Bollywood and numerous international film crews are found throughout the year propping models and actors against the eye-catching background. It’s known to be inexpensive and the scenery offers quaint urban structures set against the magnificence of the Cape’s most famous natural wonder, Table Mountain. 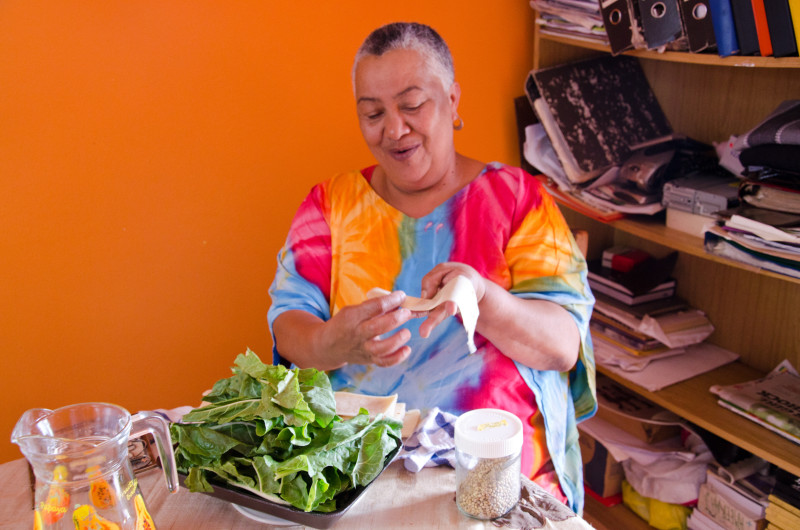 Zainup in the Bo Kaap

As you amble through the neighbourhood at lunchtime, the inviting aromas of frying onions and spices waft through the air. Ginger, garlic, masala mixes of dried and ground chillies, tamarind and coriander are features in Cape Malay dishes. Similar to Indian cooking, but slightly tempered for the palates of their former Dutch masters, Cape Malay cookery is defined as the definitive taste of the Cape. Inside the candy-pink coloured Atlas Trading spice shop in Wale Street, established in 1946, sacks of grains and covered boxes of freshly ground spice mixes line the small rectangular space. Assistants wear old-school aprons, scooping and packaging the blends and specialty Cape Malay spices. Frequented by the city’s chefs and neighbourhood women dressed in hijab, Atlas Trading remains a treasure, set in the ways of the old days. Shireen often accompanies her clients to Atlas Trading for a rundown on the spices used in Cape Malay cookery and traditional medicinal treatments. Thereafter, she will escort them into the home of a local cook who will prepare a plentiful lunch of local specialties such as dhaltjies (fried chilli bites) chicken curry, biryani, sambals and koeksusters (spiced doughnuts drenched in sugar syrup and coconut). Cooks like Zainup Masoet and her sister Niesa regale you with tales of what life was living under apartheid and how their own families who were poor made large feasts out of very little. 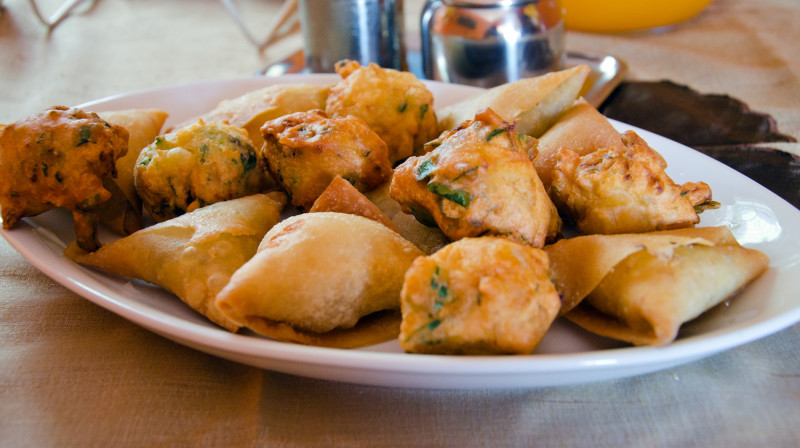 In Bo-Kaap Kitchen: Heritage Recipes and True Stories, publishers Quivertree have immortalised the lives of a community, as these intimate portraits and stories are shared as a collective for the first time. “The Bo-Kaap and its people represent a unique culture in South Africa,” says Quivertree publisher and photographer Craig Fraser, “The people come from a line of the oldest inhabitants of the Cape; the area is threatened by gentrification. The books I have seen on the Bo-Kaap left me unsatisfied. I have wanted to do something that resonates with the heart of the people for a long time.” Shireen acted as a facilitator between the publishing team and the community, known to be conservative and devoutly Muslim. The Bo-Kaap neighbourhood remains unique. Faced with the challenges of a continually evolving Cape Town, it is one of the few areas where a community’s traditions remain relatively untouched by modernity. Neighbours can call on each other to tend to the others’ children and help lies just outside the living room window. It is, however, the youngest generation who face the pressure of a changing society most acutely. “With their jobs and their lives, the young people don’t have the time like we had,” says Shireen, ”This book is for them. We have preserved our recipes and our stories on the pages for them so they never forget their history.” If you’re planning a visit to the Bo-Kaap, make sure you do more than pose against the delightfully coloured houses. Learn about the details of Cape Malay history with an expert guide, visit in the home of a local and partake in a traditional meal. And if you’d like to linger, many locals offer homestays these days and are happy to let you in on their way of life, as you teach them about yours. 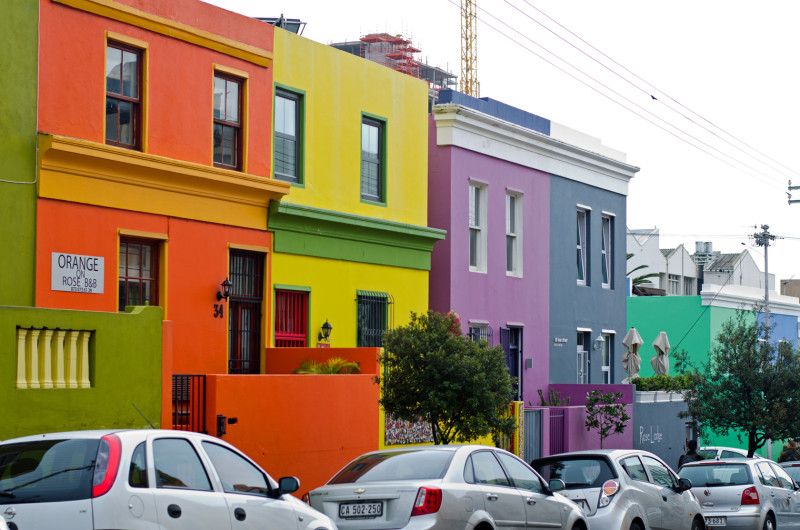