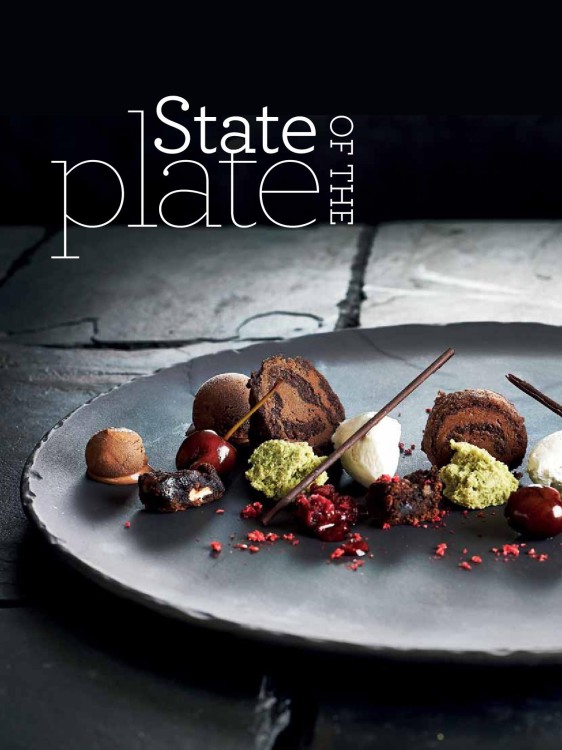 If you’ve been to a fine dining restaurant in South Africa recently, in the Cape winelands or at a 5-star hotel, you may have noticed that the steak and mashed potato you ordered looks nothing like plate of food you’d get a steak and burger chain. The fillet may be presented in a perfect dainty round, sliced to expose the pink interior, sauces of different colours are squiggled and smeared with admirable control on the plate and the potato is piped into patterns, with the odd pea providing a pleasing pop of colour. What you’ve got in your hands, and certainly what you’re paying for, is a chef’s best interpretation of the ingredients placed in a configuration that he or she feels will compliment the flavours and textures. On that large oblong slab of white porcelain or hunk of grey slate the chef has channeled his or her creative flair. In essence, you’re about to indulge in a piece of edible art. 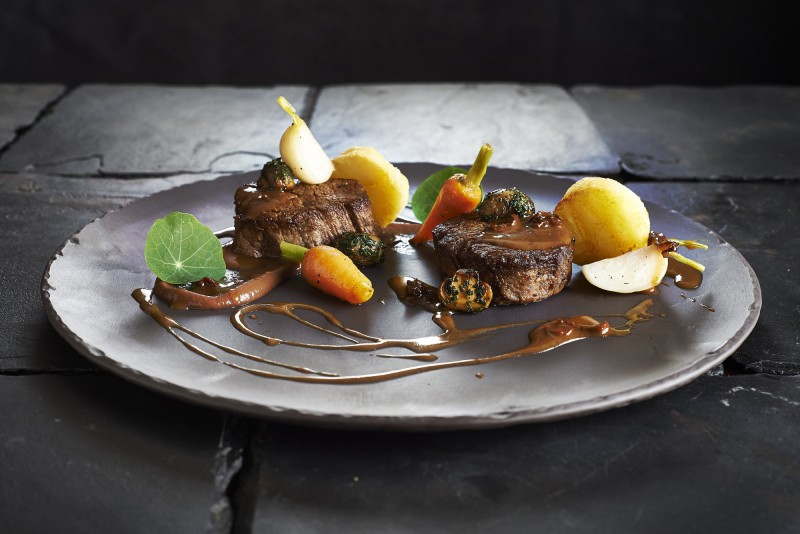 How your food is arranged on a plate is referred to simply as ‘plating’, and there’s far more that goes into it than appears. While the fanciful approach can be intimidating, chefs have come to this particular plate after a meticulous process, considering ingredient, temperature, colours and textures to give you their best representation of steak and mashed potatoes, for example.

It’s long been the domain of Michelin starred French restaurants to plate in ways that evoke drama – towers of vegetable, micro herbs tweezed into position over succulent fish, spun sugar nests and large feather-light tuile biscuits that float on desserts. Chefs that engage in the art of molecular gastronomy can produce spheres of Campari with fragile shells that explode in the mouth, a favourite at El Celler de Can Roca, voted the world’s number one restaurant by the World’s 50 Best in 2013. In these restaurants, patrons pay top dollar, making reservations up to six months in advance, to be entertained with local ingredients, in season, displayed on exquisite plates in ways that surprise and tantalise.  In most cases, the plates have been custom made by top designers to exacting standards to present a single dish. Take the silver-coloured plates fashioned to look like slices of bread at El Celler de Can Roca, upon which pa amb tomàquet, Catalan tomato bread and a Spanish staple, is presented.  Naturally, this dish is a far cry from the version available in any regular tapas bar in Barcelona, and herein lies the innovation. Chefs are taking well-loved classics and presenting them in novel, exciting ways. 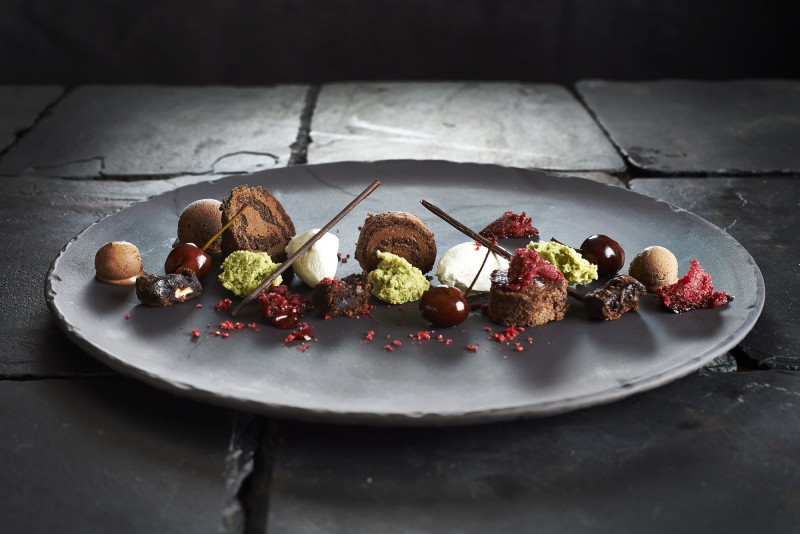 How do we measure up in South Africa to the likes of the plates presented by Rene Redzepi at Noma in Copenhagen, Thomas Keller at the French Laundry in California, and the Arzaks in Spain?

“We have a diverse eating public. There is a sector of South Africans that are very well travelled and are open to sophisticated culinary experiences. However, there is still quite a learning curve ahead,” says head chef Richard Carsten of Tokara restaurant in Stellenbosch, known for his Franco-Asian cuisine.

“I think there are chefs that can afford to take the risk of expressing themselves freely on the plate but most don’t have the luxury because they need to appeal to the broader public. The average diner is becoming more open-minded and I hope this continues. Only if chefs can express themselves freely will South African cooking have no limits on the world stage,” says Tanja Kruger, head chef at Makaron at Majeka House. Kruger spends stints abroad on learning expeditions in some of the world’s finest restaurant kitchens. 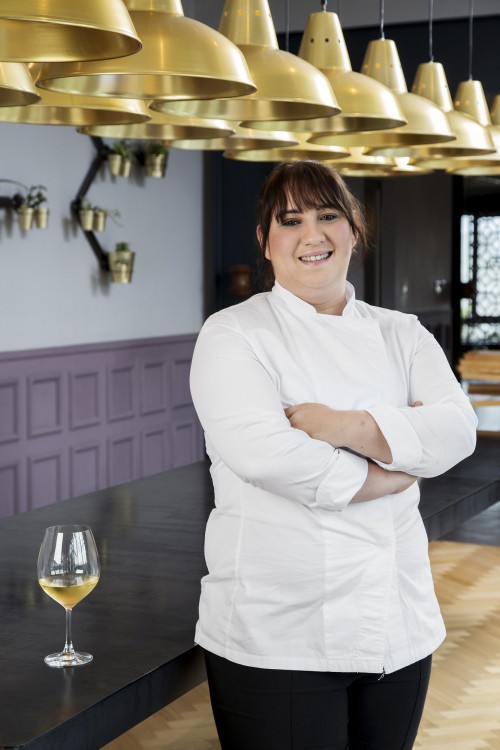 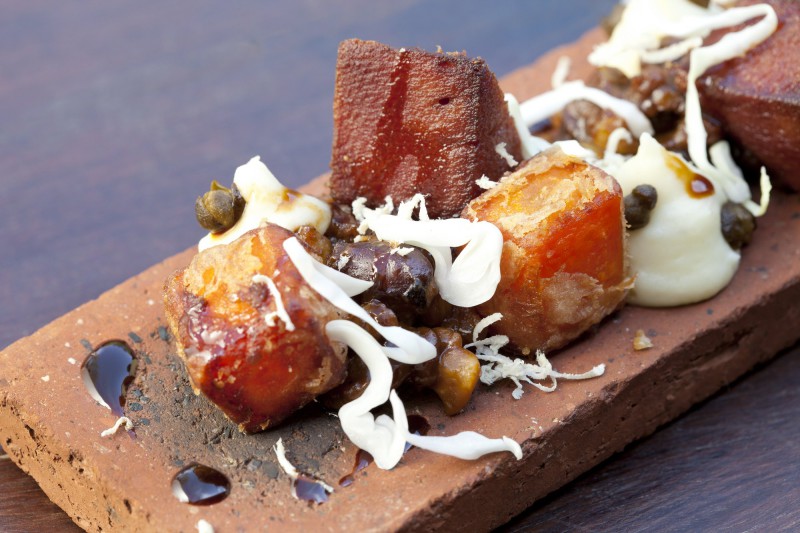 At Hartford House in Mooi River, head chef Jackie Cameron is plating her take on local samp and beans on a brick tile. “The brick represents many homes in KwaZulu Natal,” she says,” I grew up in a beautiful thatched roof Corobrick tile house and using this is all about home for me.” To complete this or any plate, Cameron will choose a special technique, such as sous vide, an unusual ingredient that patrons may not be familiar with, such as horseradish and one aspect of her childhood or restaurant kitchen memories, such as carrots roasted the way her grandmother made roast potatoes by lightly dusting them in flour. There is, therefore, a rigourous process involved long before the food skims the plate. 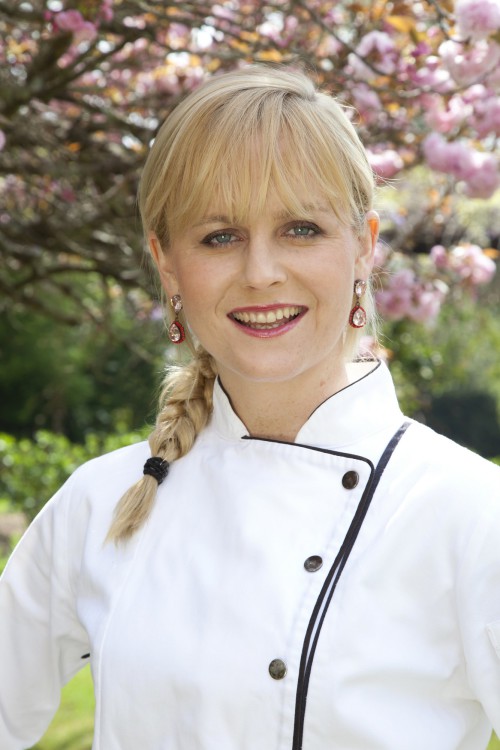 Chef and owner of DW Eleven-13 and the Grazing Room in Dunkeld West, Marthinus Ferreira, shares his plating thought process enthusiastically, “I look at a star ingredient.  I ask how I’m going to get the most amount of flavour into it. I look at complimentary ingredients. How will I cook them? How do I keep the texture and flavour? Then I look at building layers and balance. At this point I will look at the right plate. I will consider giving it height if needed or setting it closer to the plate. I taste it and if I’m not satisfied, the process starts again.” 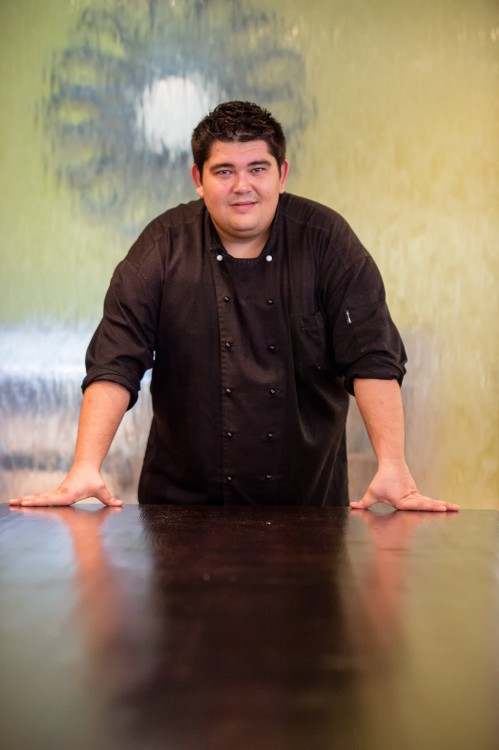 Most food writers and restaurant critics agree that we eat with our eyes first. The effort involved in creating beautiful plates of food is partly to satisfy this need, and partly to indulge the chef’s creativity. Food affords the eater a multisensory experience, and so the chef and creator becomes the master coordinator of this experience.

“If the plating is super sexy, you score some points with your diners right off the bat, but a plate can’t just be beautiful. It needs to have substance and appeal to the guest’s senses,” says Kruger. 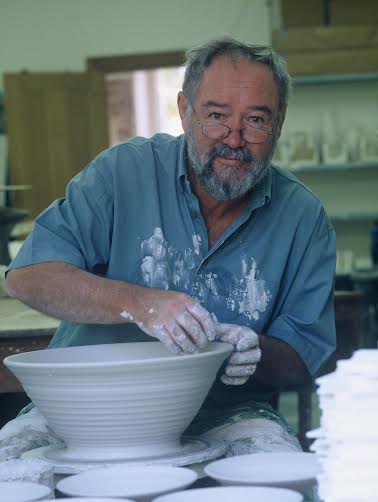 Master potter David Walters, who has been practising the craft for 45 years, has created bespoke plates and bowls for chefs such as Jonathan Shuttleworth at Rust en Vrede, Margot Janse at the Tasting Room and PJ Vadas at Camphors at Vergelegen. “Both the food and the plate it is on bear equal importance, but there needs to be a balance,” he says, “ Excellence in one must reflect in the other.”

Explaining the detail that goes into handthrowing fine porcelain-ware, Walters shares, “I often show the chef concerned how plates are thrown on the wheel one at a time, with great skill and attention. Each piece will be expertly handled by me fourteen times on its journey through the studio.”

Budgets are not always available to splurge on designer plates and servingware, though given the choice most chefs would probably prefer it.

“The South African eating-out public is a lot smaller than European countries. You have to compromise. If you make every dish too experimental then you are going to have a lot of one time diners. For me it’s more important to have return customers or regulars, as they are the ones who pay your bills and ensure you can keep your doors open,” says Ferreira. 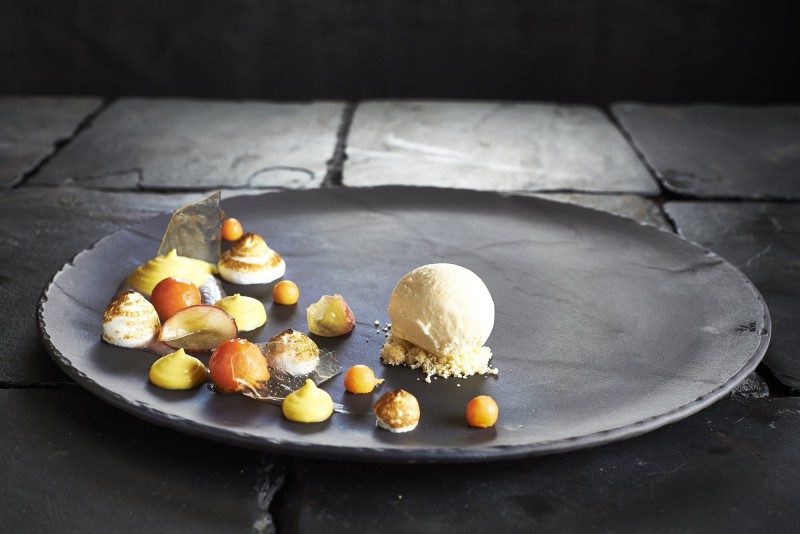 Unanimously, all the chefs interviewed agree that plating is of utmost importance, but only as far as it shows off beautifully prepared ingredients that make sense in combination.

“On a scale of 1 to 10, it’s a 10. Plating and an aesthetic composition is very important in a rustic or fine dining context but deliciousness is still the beginning, middle and the end,” says Carsten. 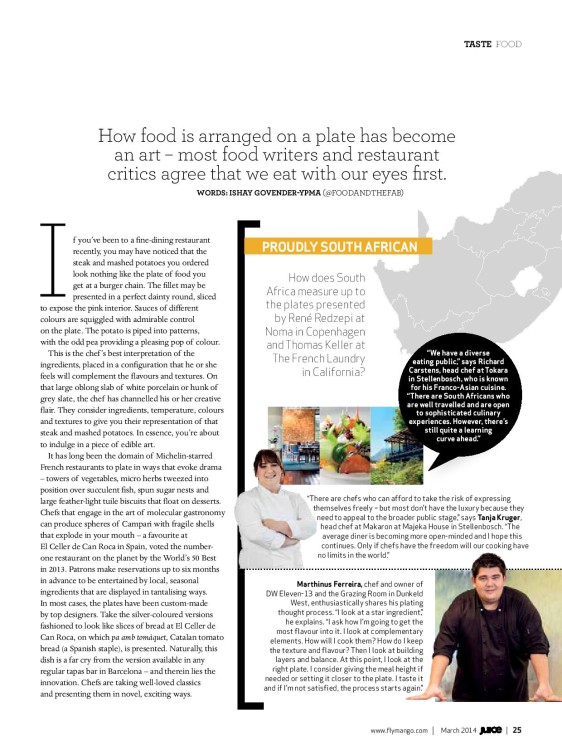 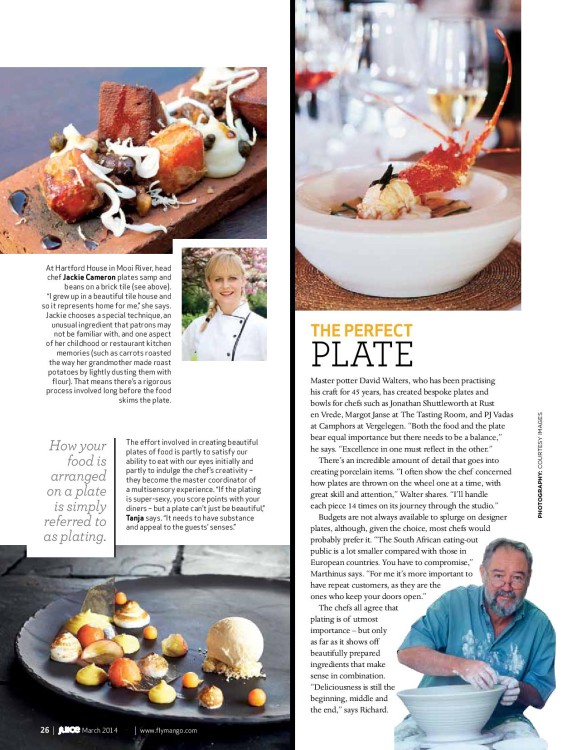