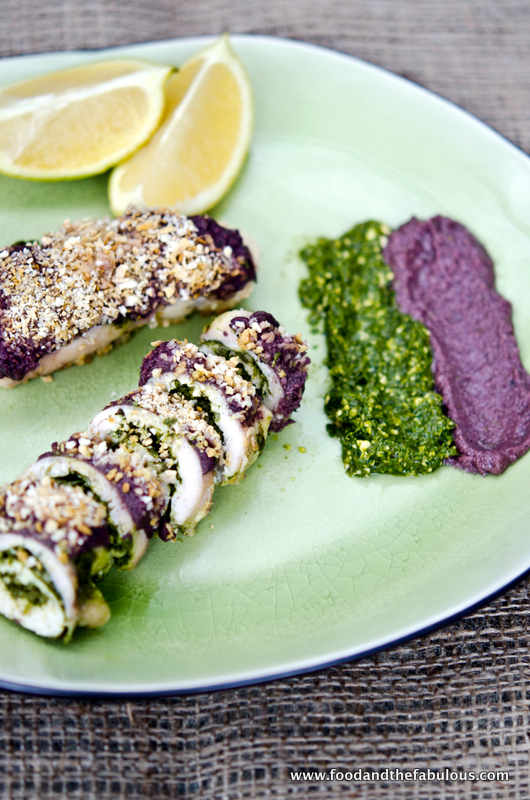 A ballotine is traditionally a deboned leg of chicken or duck, stuffed, tied and rolled and steamed, poached or baked. Nowadays chicken breast and various cuts of red meat are also used to make a ballotine – really a fancy way of saying a stuffed and rolled piece of meat.

Mediterranean Delicacies asked me to use their Olive Tapenade and Basil Pesto in a single dish and I thought both well seasoned dips would be great to flavour chicken breasts which can be boring without punchy flavours and dry if cooked for longer than necessary. Flattened chicken breast cooks quickly so this is a moist dish.

A Sunday in Lisbon

It’s spring time in Europe and the rains that greeted us when we arrived more than 40 days ago have eased back and Lisbon is just glorious – jacaranda trees line the avenues and squares and the little purple blooms that carpet the walkways remind me of home.

Here’s a brief snapshot of a part of last Sunday spent exploring. We are revisiting places we’ve seen before and discovering new ones – some by guidebook and recommendations, others by accident or should I say by chance. Wrong turns reveal charismatic streets and colourful characters. I’m particularly interested in the older folk and how they live – sometimes in areas now trendified by youngsters with hip boutiques and hot dog shops sprouting around them. The endless stairs between hills are mounted slowly, hands laden with grocery bags – the trams and busses can only take you so far. 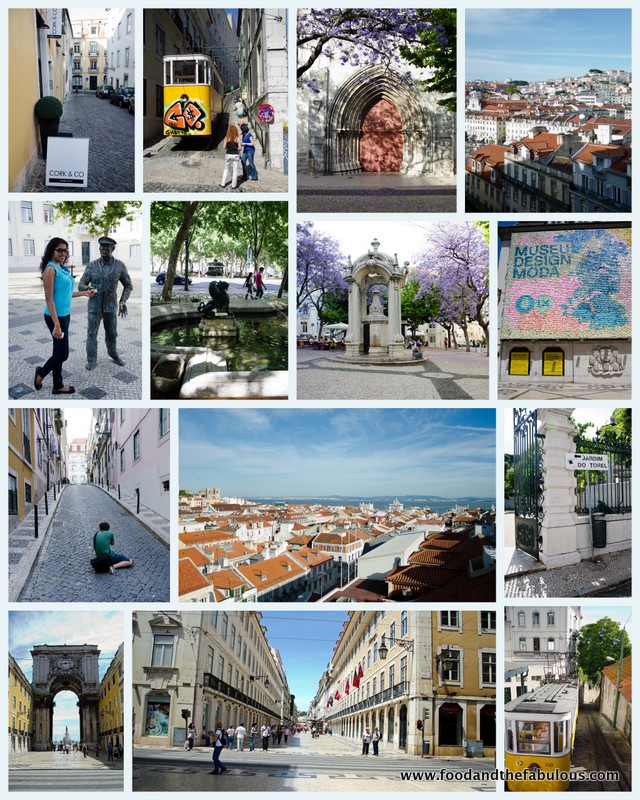 Wrong turns reveal charismatic streets and colourful characters. I’m particularly interested in the older folk and how they live – sometimes in areas now trendified by youngsters with hip boutiques and hot dog shops sprouting around them. The endless stairs between hills are mounted slowly, hands laden with grocery bags – the trams and busses can only take you so far.

I was taken with this elderly man, having a chat in the shade with a younger man (his son, a relative?) at the Largo do Carmo, the square where the Carmo ruins lie in Chiado. The church was rebuilt as a reminder of the devastating earthquake that virtually flattened the city in 1755. Many a tourist will visit the site; locals and visitors sit in the shade or at the cafe opposite the square having a coffee. A small cup of coffee, black (not as strong as espresso) is had in any weather. I’ve seen teens order a cold Sprite and a coffee on the side, at the same time. 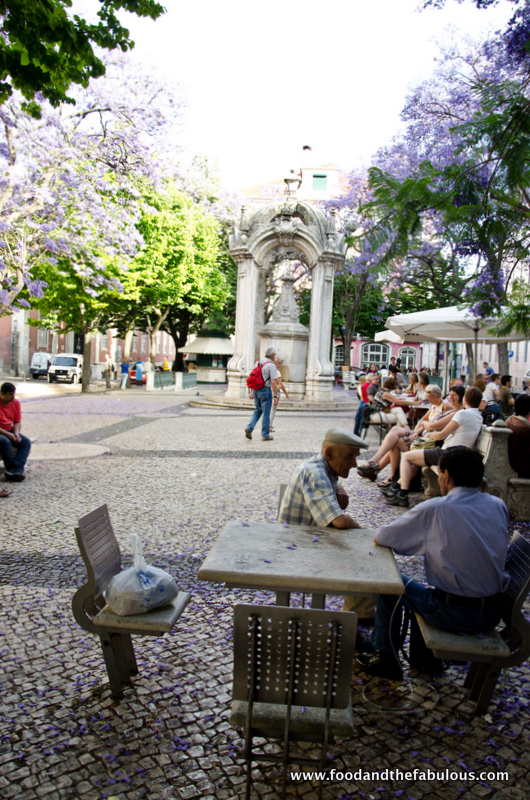 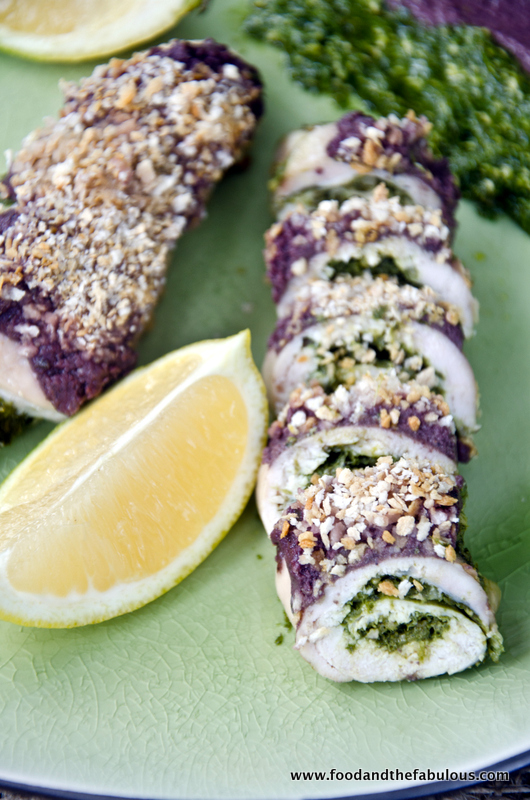 Preheat the oven to 190˚Celsius. Grease an oven proof tray.

Carefully butterfly and cut each chicken breast in half.

Place halves on cling film. Place another sheet of cling film on top.

Use a meat mallet or rolling pin to gently bash or tap the breasts until they spread out to approximately just under 0.5 cm thickness. Be careful not to tear the meat. Remove the cling film.

Place 2 T basil pesto on each flattened piece and spread. Roll the breast up snugly.

Spoon 1 T olive tapenade over each ballotine and sprinkle 1 T breadcrumbs over this.

Bake on the tray for 15 minutes or until cooked through. 12 minutes may be enough in your oven.  Increase temperature to 210 ˚Celsius and cook for 2-3 minutes further for crumbs to brown, if necessary.

The breast meat is very thin, so you don’t want it to dry out.

I find the pesto and olive tapenade provide more than enough salt for this dish.

Serve the colourful ballotines with a baby spinach with shavings of asparagus and a zesty dressing.