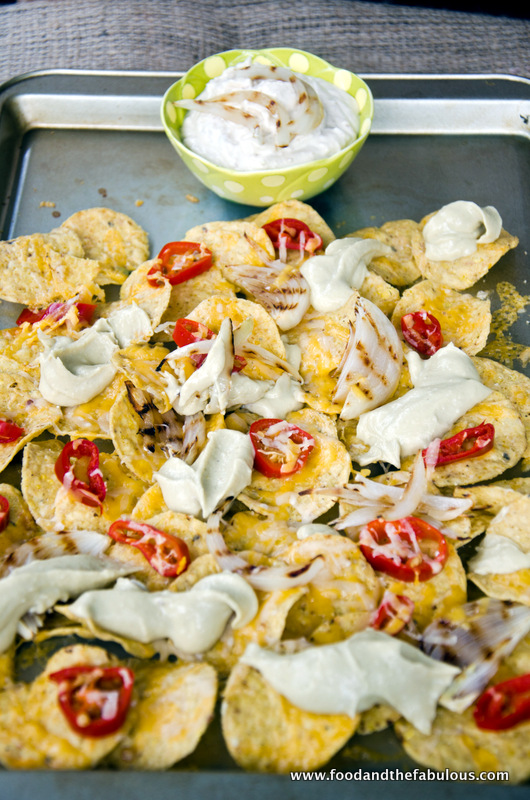 You may know that I have a little football problem. Well, it isn’t a problem so much as a slight preoccupation. And source of amusement to many.

I was in Barcelona for the long weekend with a girlfriend from Oxford and one from Warsaw – also F.C. Barcelona fans and we traipsed the streets talking art, food and yes, football: deep concerns over our superstar coach Pep Guardiola’s departure and the team and fans’ resultant despair, injuries and ill health (Eric Adidal had a liver transplant a few weeks ago). Strikers who need to shine but the difficulties in adaptation and the unfairness of comparison when you have the genius that is Leo Messi (bless his darling football studs) on the team.

You can talk to Audrey and Gata of technicalities – they have been avid football fans (aficionados actually) since they were tots. Audrey is a striker on a local team in Oxford. I’m an awkward, recent recruit. Part of the thrill was a satirical combination of food and football, as set out in the Midnight Snacks section of the blog, sorely in need of an update. I have been a terrible culé. 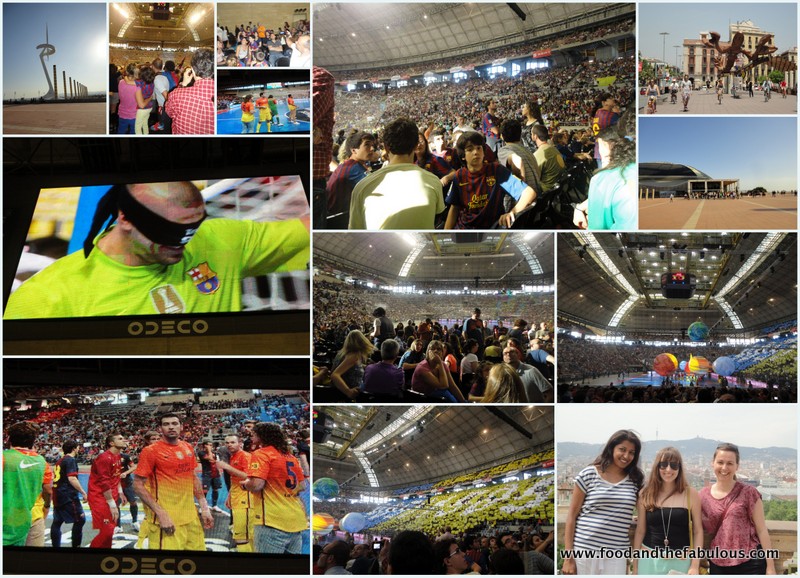 Last Sunday, Audrey managed to nab us tickets to the charity futsal game (in aid of Marathon against Poverty),  an indoor  5 -a-side game which showcased Pep Guardiola in his last ‘official’ appearance for the team. The atmosphere was electric- I got a sliver of Catalan passion for the team as families with kids of all ages, some still in prams gathered around, chanting, singing the little ditties – the fun: “Pinto Pinto Pinto”and the eerily sad “Guardiooooola-Guardioooola-Guardioooola” as the coach wiped back a few tears discretely.

This is Pep Guardiola, just in case he needs introduction.
http://www.youtube.com/watch?v=8pgkaGIkem0&feature=colike

The players showcased the new home and away (think Tequila Sunrise, the alcoholic beverage) kits. The common verdict is that we need to appoint a stylist. Stat!

If you’d like to see what it was all about, you can watch here:

Enough Football, onto the Nachos!

We watch a fair bit of football at home and it’s always tempting to grab salty or fatty snacks. I’m often working until the game airs, so I find nachos the perfect easy-to-make snack for sharing. I often add thinly sliced mushrooms, snipped spring onions, slices of jalapeño and home-made spicy tomato relish (there are several good bottled varieties available too – if it saves time, why not!).

You will notice that I do not add too much cheese. I love cheese, but not when I’m trying to chew and swallow huge stringy globs of it. But do feel free to add as much cheese as you like. For me, it must just be enough to “glue” the nachos crisps together. It’s healthier too this way too.

I was given the challenge of preparing dishes with combinations chosen by Mediterranean Delicacies. In this instance their avocado hummus with their caramelised onion dip. I chose to use both as dips that I lavished over the hot-out-the-oven nachos. 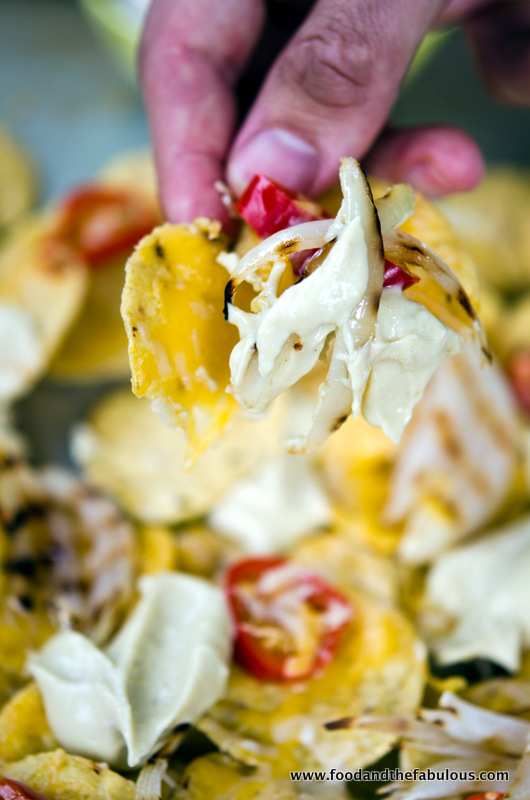 this post is featured on Barca the Offside blog

125 g nacho crisps (I use plain corn crisps from Woolworths)

Spread nachos over the tray, followed by onion slices, jalapeños and cheese.

Bake for 5 minutes or until cheese melts. 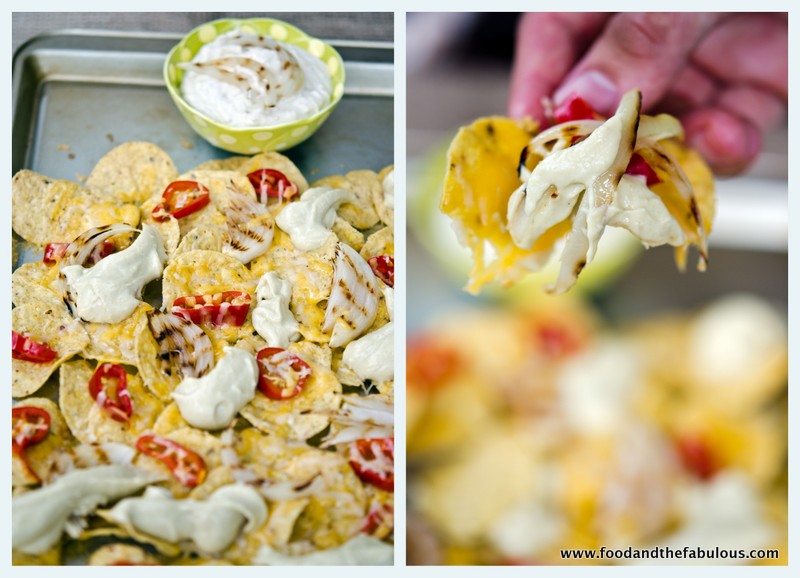