In honour of a Cracking Blaugrana Victory!

In a saner moment, this post would be confined to the cages of the Midnight Snacks page, but the Blaugrana’s (Catalan for the deep red and blue that is FC Barcelona’s home kit) 2-1 victory over Valencia CF, at the majestic Camp Nou begs for a spot in the culinary, or at least snack limelight. (I’m providing no links about the team, because if you’re a Cule, this will all be pedestrian to you and if you’re in it for just the food, I know you’re not going to be clicking to read up on some team’s football history and background!).<

So, inspired by conversations during the game on Saturday, I promised that if our Barca boys won, and it was a cracker, I’d literally dedicate a cracker to them.

So here we are. I hope these can capture the essence of the incredible game that was. 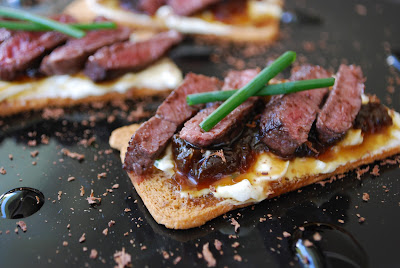 Carles Puyol’s winning goal via a thwacking header (what else), warranted an extra special cracker.

From South Africa, with muchos love:

Melba toasts, with hand beaten cream cheese (a grind of smoked salt, few teaspoons of sour cream and a spritz of fresh lime juice to lighten it up, mixed with finely chopped chives from the garden), topped with sweet caramelised onions and slices of ostrich fillet (marinated in smoked salt, olive oil and a grating of Willie’s 100 percent cocao, any variant), seared in a hot pan for a few seconds on each side.

The Girl who launched a Thousand Heart(break)s 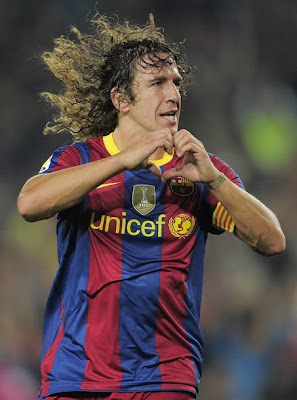 A girl who inspires this sort of affection from our Captain, deserves her own cracker too, right? No one can claim that I am not fair. Or trying to be, at least.

Since the jig is up, that she is in fact a model (and not a doctor/lawyer/readinghelper/blogger), I had to abandon the foodie mentality, and create a cracker she might consider consuming. Perhaps the actual cracker containing the carbs would be discarded though. In which case, enjoy with some Champers to compensate. As the model types do. I’ll have 10, thanks! And that glass of bubbles.

Iniesta’s Goal that broke the Spell

Without a doubt the first half of the game, had us scrambling all over the place, incoherent, confused and uncoordinated, on our home ground! It was horrific to watch.
After half time and the spiked Gummi Berry Juice that Coach Pepitos fed the boys, they got into the groove with a beauty from little man, Don Andres Iniesta.
( I don’t think I’m depriving you of anything by not including a pic of Iniesta here. Google him if you don’t believe me!) 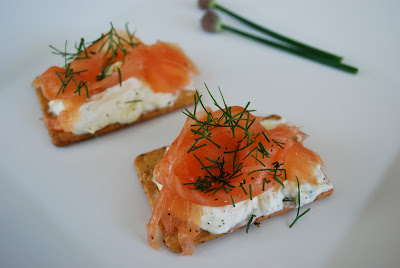 A classic cracker fit for a King: smoked cream cheese (made as above for the Captain’s cracker), topped with ribbons of smoked Norwegian salmon, freshly cracked black pepper and snipped dill from the garden.

Coach Josep Guardiola, always stern, always shouting out instructions and encouraging brought a tear to my eye, when he donned a pink Breast Cancer awareness ribbon on the lapel of his immaculate charcoal grey suit. 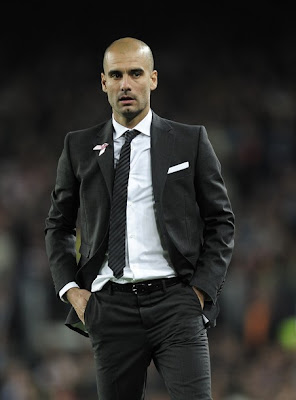 I thought that no one would mind too greatly if I took a few liberties and pushed the boundaries with a pink and green cracker in Pep’s honour (mint green and pink being Barca’s away kit colours). 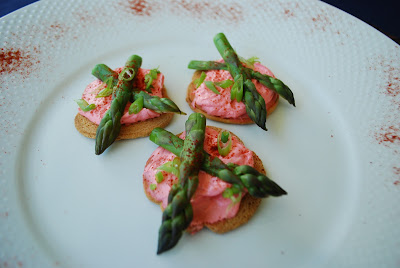 If you follow La Liga you’d know that our boy Gerard Pique is known for his funny man antics and general bad influence on our Captain (think wild boy’s weekends away, snogging celebrity songstresses allegedly, etc).

As of late, Ger has not been much of a force on the field though, despite his legs that go on forever. 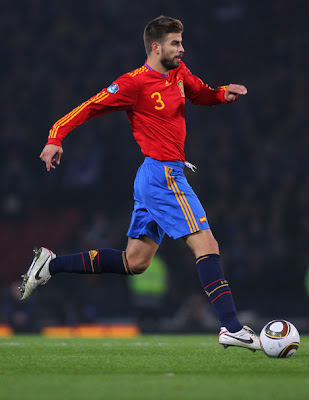 Now, just keep the ball out of our goalposts, darling! Pic courtesy of zimbo.com

But, as Pique is Puyol’s right hand man in defence, on a normal day, and he managed not to score an own goal in this match, I dedicate this cracker to him: 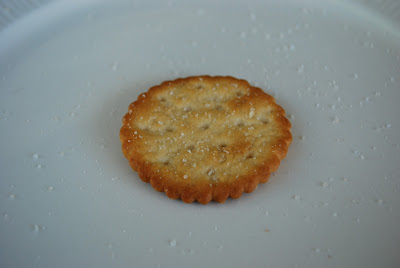 end of the month salty crax

Crackers anyone? Sorry, they do not come with a side of Spanish footballer.
*Smoked salt from The Smoking Shed ; 100% Cacao cylinder fromWillie’s Cacao available locally in South Africa from Woolworths. Mentions because I enjoy using these products *

Love to hear your thoughts!