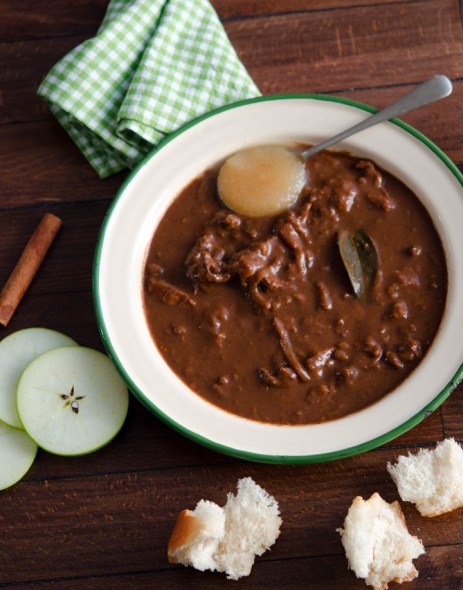 I carry his book with me to bed, at whatever wee hour that may be. There never is any time in the day to read a novel, and besides I don’t want to rush it. I’ve been savouring a page or two over the last few months. Sometimes weeks go by and I don’t touch it. Other times, I feel overcome by withdrawal, panic, greedy desire.

And so up the stairs I pad in sock clad feet and fleecy dressing gown, careful not to wake my husband up as I slip into bed with just enough of the side lamp shining onto these luscious pages. I pull the covers over me and take a deep breath. Sure enough, the book bound in green hardcover, smooshes the air out of my lungs. It’s hefty.

Nigel Slater is by far one of the most eloquent and sadly under-rated cook book authors of our time. Tender explores the story of a cook (Slater) and his vegetable patch (which I assure you is slightly larger than a patch) through anecdotes, a treasure trove of horticultural information and recipes. I’m disappointed that I’ve never read any of his other works, in particular his autobiography Toast: The Story of a Boy’s Hunger. But excited too, that there’s more to come. Of course, if I approach the other books the way I have Tender, that may be a long while yet.

I know his series A Taste of My Life well, from the time when I actually did watch a few T.V shows and the BBC Food channel that was broadcast to South Africa was exactly that, a dedicated food channel. Slater interviewed popular British celebrities by inviting them to cook their favourite meal with him and share the stories of how the food they grew up with influenced their taste and their memories. He does so with insight and respect for both the interviewee and the food.

This weekend past we enjoyed just the perfect winter weather to prepare a curry, soup or stew and my eye fell on his Simple Stew of Onions, Beef and Beer served with a home-made apple sauce. I confess, I tweaked the recipe ever so slightly in method and even added a pinch of chilli flakes that opened up a new flavour dimension, only just. After a dash to buy crisp Granny Smith apples which would have made the ideal tart-sweet sauce to counter the distinctive beeriness of the gravy, I caved and opened a bottle of apple sauce which I spruced up. Time had run out. I’m pretty sure Nigel would be horrified. Divine combination though.

I used a bottle of Berne, a craft beer by Cape Town darlings Brewers& Union. I don’t drink beer, but I guess this was my nod to hispsterdom. Incredibly good stuff though, if my husband and the fellas and all of Cape Town-in-the-know are to be believed.

*note the beer used in the photos is another brand* 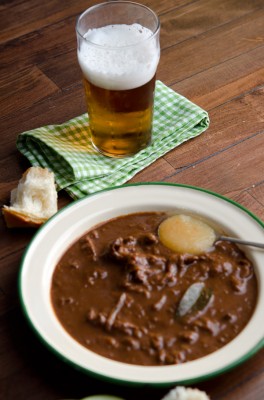 I had a pack of lovely beef pieces not stewing beef per se, and used that.

“Beer and onions is a merry little friendship” 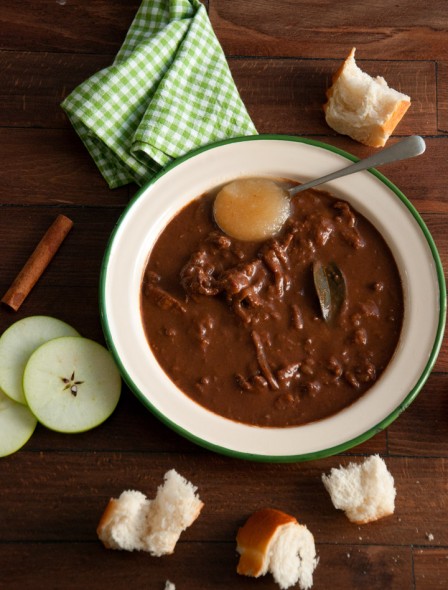 salt and pepper to taste

You can read Nigel’s recipe for the Apple Sauce here.

Preheat the oven to 180 degrees Celsius on one of the lower shelves.

In a pot on the stove, melt the butter on medium heat. Add the beef and brown on both sides. Remove beef and set aside.

Add onions and lower heat – you want the onions to be pale and soft. This Nigel insists gives an aromatic backbone to the dish and is less sweet than caramelising onions.

This will take a good while, so a good time to clean and slice the garlic. But do watch the pot.

Add the flour and cook until a biscuit colour, stirring.

Add beer, garlic, bay leaves, sugar, chilli and stir. It will sizzle delightfully and then settle.

Add beef and any juices and season to taste.

Remove from heat, seal pot with heavy duty foil, making a little gash in the centre with a sharp knife.

Nigel suggests serving with the apple sauce and boiled floury potatoes. I served with the sauce to which I added a sprinkle of cinnamon and crusty baguette instead of the potatoes. 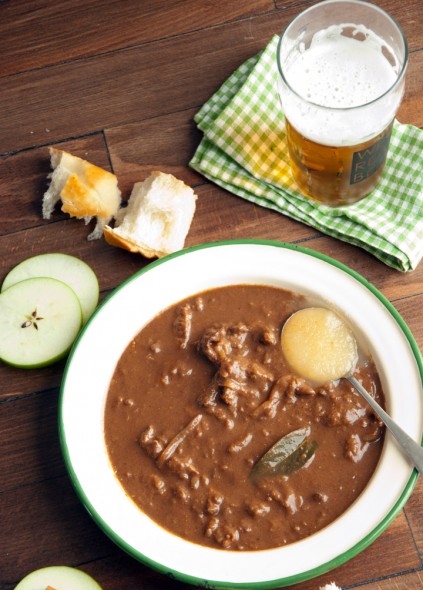 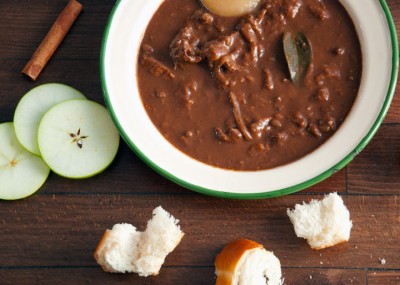 At the lovely Nina Timm’s suggestion, I am entering this post in the Monthly Mingle that she is hosting on her blog, this month’s theme is Apple Affection and quite honestly, it’s the sweetness of the apple sauce in this dish that elevates it beyond just a stew. 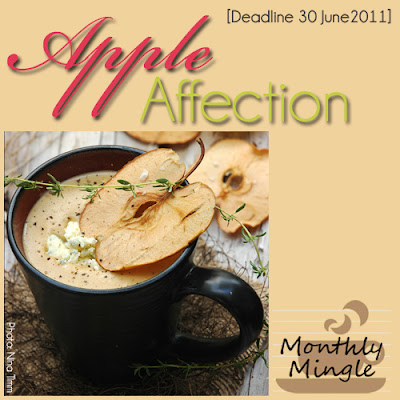