… and things I miss about Lisbon

*Note I made this dish recently in summery Lisbon. Substitute asparagus for peas or another veg in season where you are* 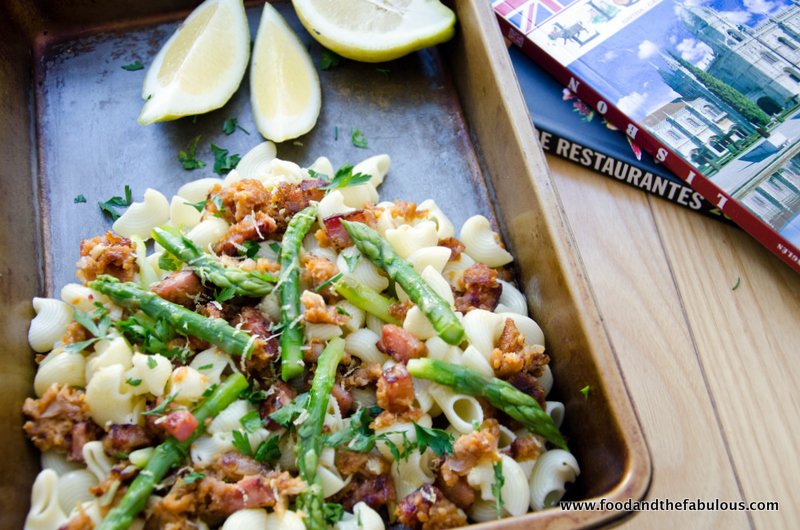 Before we departed Lisbon, for our last stop Paris, I knew I would miss the old city terribly. I spent the last day in Lisbon walking past the Bairro Alto to the square in Chiado that we become well acquainted with during the past three months of on-off living like nomads, with nice luggage. I pointed out the pavements (like I had been for the months prior to that, you might have noticed via my instagram feed) and had to be pushed along by the crowds on the narrow walkways, to move forward. But I didn’t want to move, I wanted to trace the shapes with my eyes and burn them into my memory. 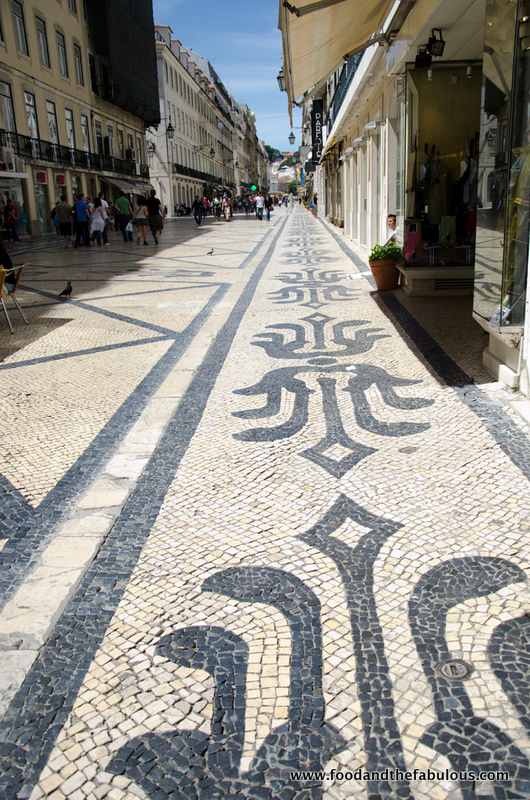 I looked up at the buildings in our street, Rua dos Ferreiros, some pale pink, yellow and powder blue, others with facades covered in tiles – green or blue and white. And that word facade- so apt for the front faces of buildings in many European cities, as opposed to the meaning of putting on a front, faking it, as per the applied usage at home. And elsewhere. 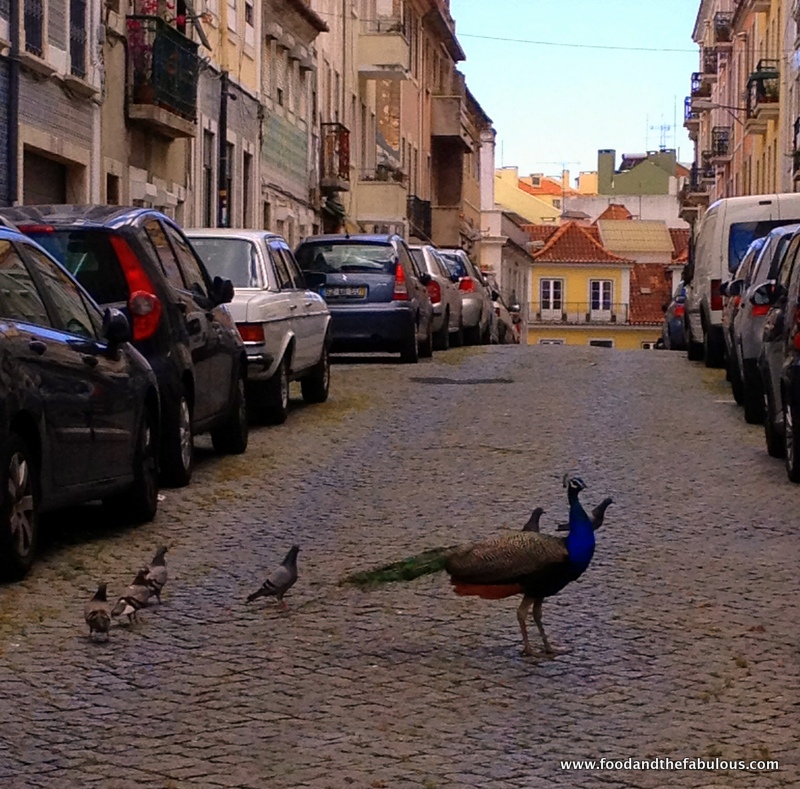 That street of ours, Rua dos Ferreiros, where the s is pronounced ‘shh’ and the second e is an a. How long we took to finally deliver the name flawlessly to cab drivers. How we would stifle giggles each time one of us said it and it was far from the perfect execution. Never mind. The joy was living in a street where a cab would arrive in two minutes, most times. And where the famous number 28 tram would ra-ra-rattle and chug down steep, you-better-not-be-wearing-stilettos Calcada da Estrela, meters from our front door and all the way to Alfama and up and up to the majestic Sao Jorge Castle. 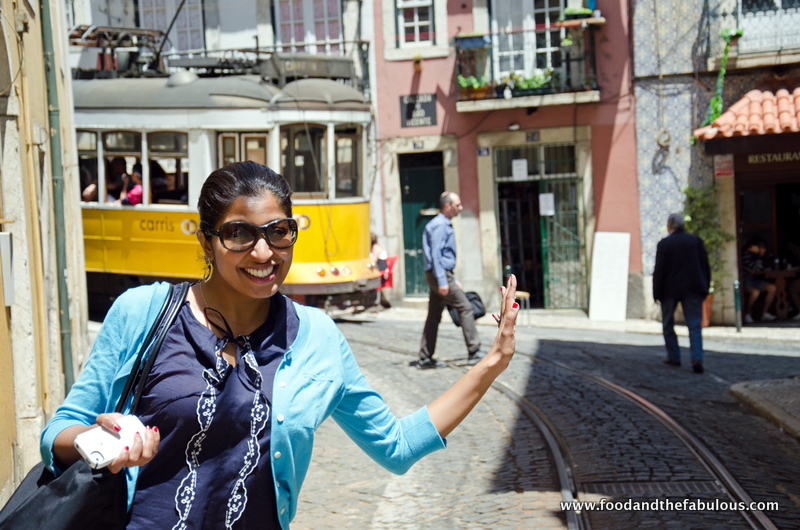 A few times the neighbourhood peacock arrived on our street. What a surprise that was. “Looking for snacks?”, I asked him.

Two mini grocers (the Mom and Pop variety) on the right of our building’s door. Another three just to the left and up the road.

Fresh orange juice and the best pasteis de nata this side of Belem (yes, we tested) for every morning we were in Lisbon from the auntie at the store. She became ‘our’ orange juice auntie, and while she spoke no English and all we supplied were sheepish smiles and hand gestures, she knew what we wanted and filled the take-away plastic beer glasses with our orange juice. Sagres, we winked at the morning orange juice.

And if you took that glass of orange juice and did not walk down and to the right but up the steep incline, in four minutes you’d arrive out of breath and thighs aching, at the neighbourhood park. A gorgeous little oasis of green and coolth. And most evidently the home of the abovementioned peacock. 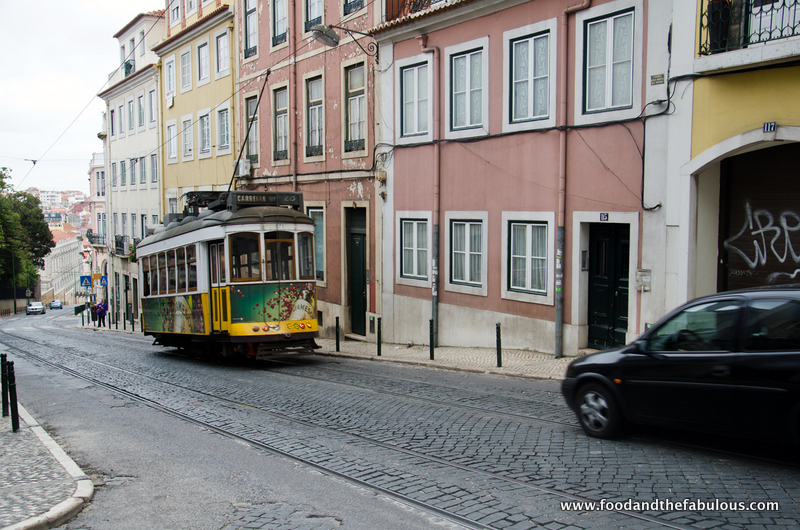 I miss the tiled pavements, that goes without saying. Each tile telling a story, many nautical in nature – an art from artisans of a bygone era. I miss the convenience of purchasing fruit (even two plums and a banana being acceptable) just two doors down. I miss the clack-clack-clack of heels on the pavements or the unmistakable rumble of the ramshackle trams. I miss seeing so many old people (and I mean really old) go about their business independently, with everyone else. The impossible hills and the slopes I encouraged us to climb especially after large dinners.  The people we met, so warm and welcoming. 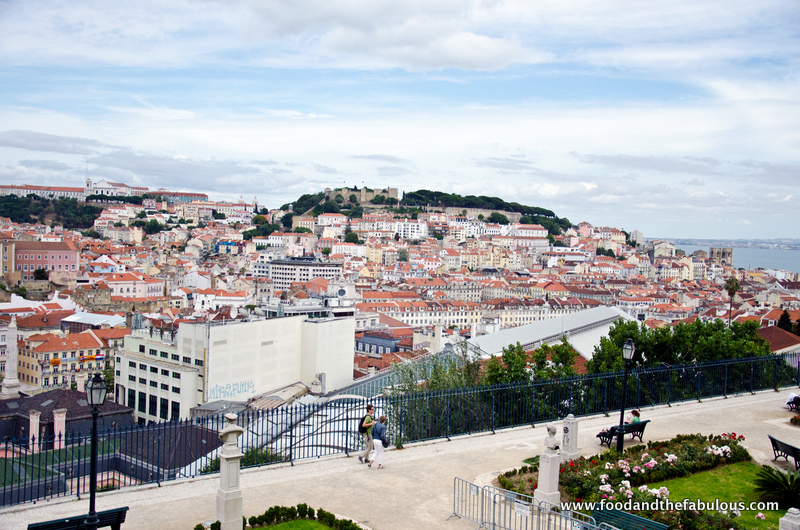 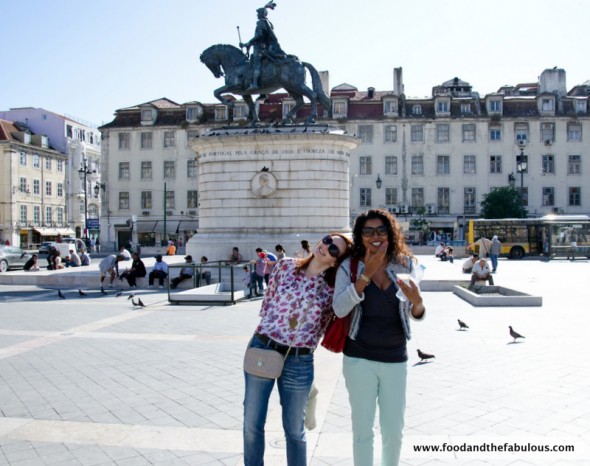 Thought the rule was bright nails and *no* cleavage. With Paula Neto

I miss the views stretching over and above the residential buildings standing next to each other in dignified rows, but crissing and crossing to the eye as the roads wind up and down and up again. The appearance of a blue, blue sea from the heights of the Bairro Alto Hotel roof terrace or the Hotel Mundial’s panoramic terrace bar. A cold glass of vinho verde or white port setting the memories of a truly wonderful summer. 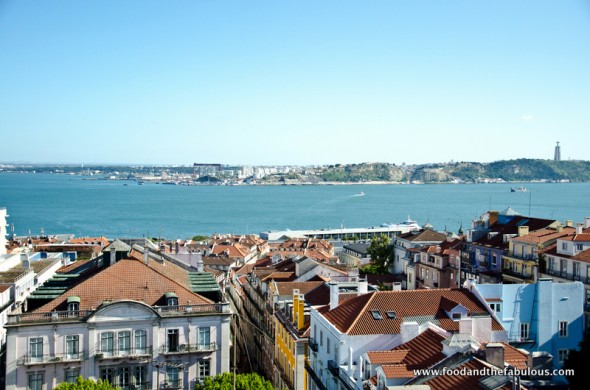 I miss the strains of fado from the cabs of older drivers. Cherry brandy and frango assado (grilled chicken). I miss that, apart from the language, I fitted in well. I miss the streets and alleyways, the churches and bars that I never set foot in. I miss the Lisbon I have yet to explore. 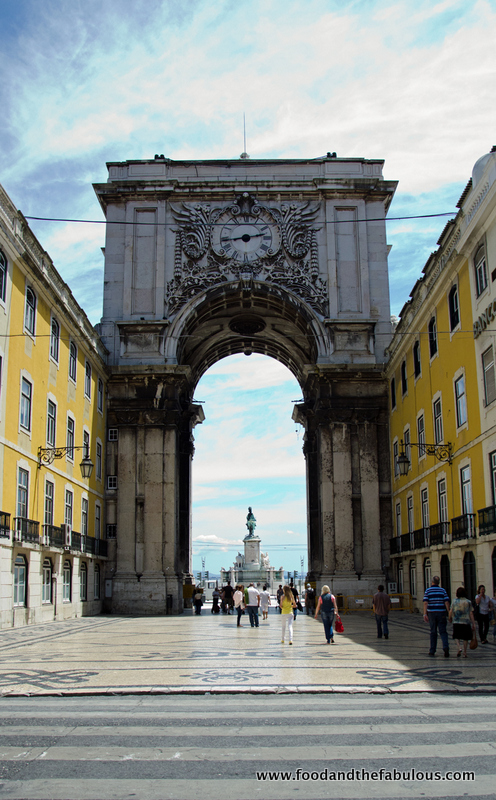 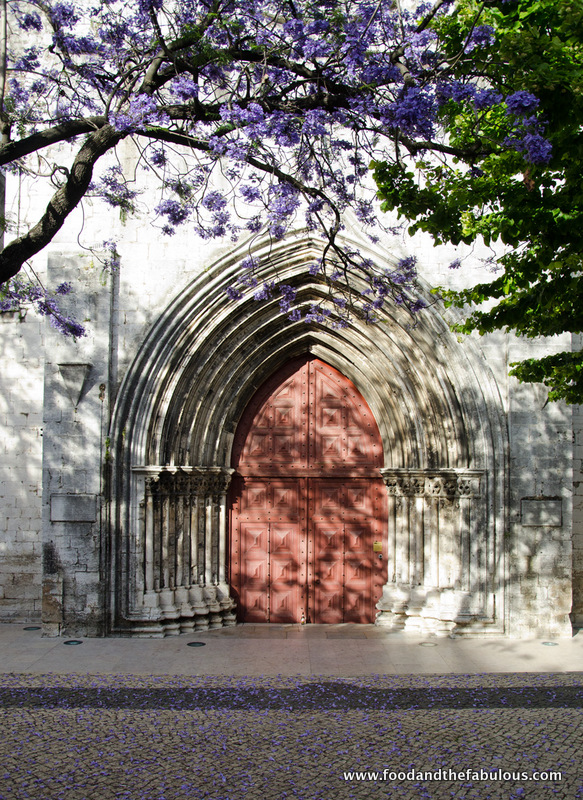 Alheria is a smooth, raw sausage usually made from several types of meat. It is cut loose from the casing and fried or shaped into patties and fried, served on its own or these days in more gourmet combinations.

The Portuguese are keen to inform you about the history of the alheira sausage from the North and I had at least three friends telling me the story. It is a piece of food history worth knowing. This is what good ol, Wikipedia says:

It was invented by the Jews of Portugal, who were forced to convert to Christianity, as a way to deceive the

“Portuguese Inquisition. As the Jews weren’t allowed by their religion to eat porkmeat, they were very easily identifiable by the fact that they didn’t prepare and smoke the common pork sausages in the smokehouses (fumeiros in Portuguese). They, therefore, replaced pork with a large variety of other meats, such as poultry and game, which would then be mixed with a bread dough for consistency. This recipe would spread amongst Christians, although they added the ever-present pork to it.”

I was advised by a local chef to use a good quality veal alheira, but I used one found at the nearby gourmet store. It was a mix, as far as I could tell. When I tweeted a photo of this dish, I heard the news that Cape Town meat merchant Frankie Fenner had produced an alheira. Good news for us Capetonians and if you want to try this dish, I suggest you contact them.

Alternatively, substitute with good pork or beef (or even chicken) sausage that you mash well with a fork during cooking. It isn’t the same, as the texture of alhiera is something special, but it will work in this dish 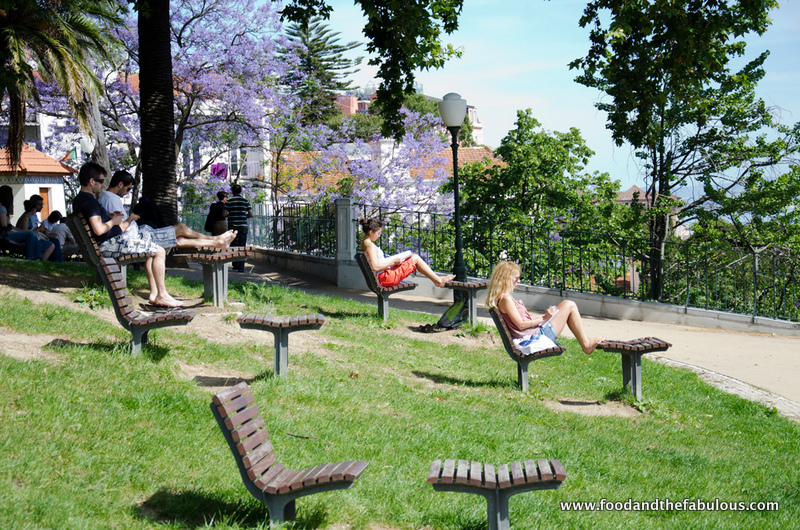 Vistors relaxing in Jardim do Torel 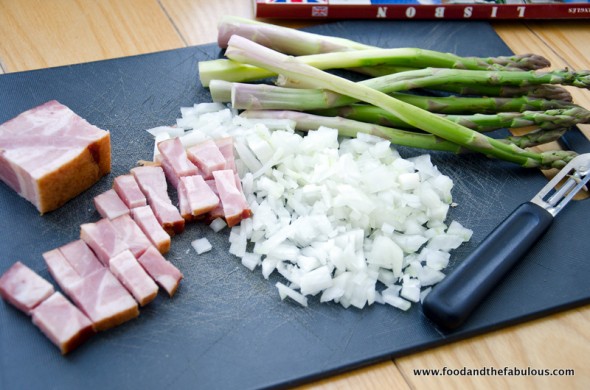 4 cups pasta of your choice, cooked 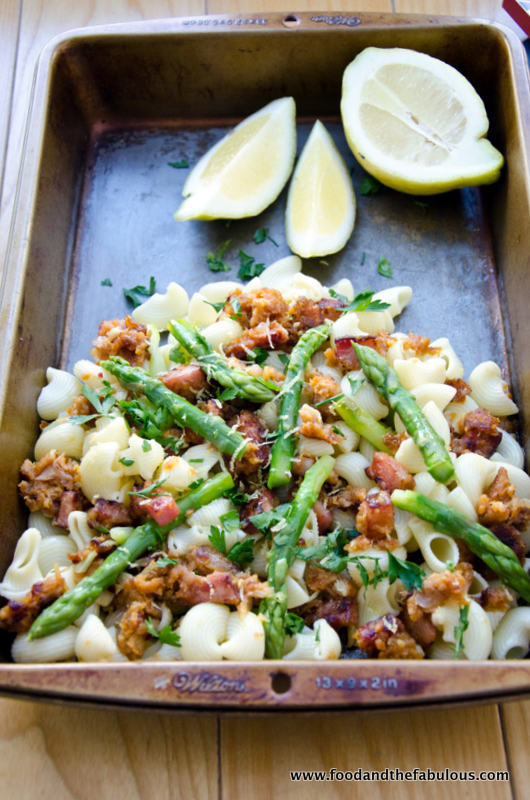 Heat a non stick pan on medium heat and fry the onions in the olive oil and butter.

Add the alheira and lardons and brown well, stirring.

Add garlic and stir. Once garlic is cooked, turn heat down to low. 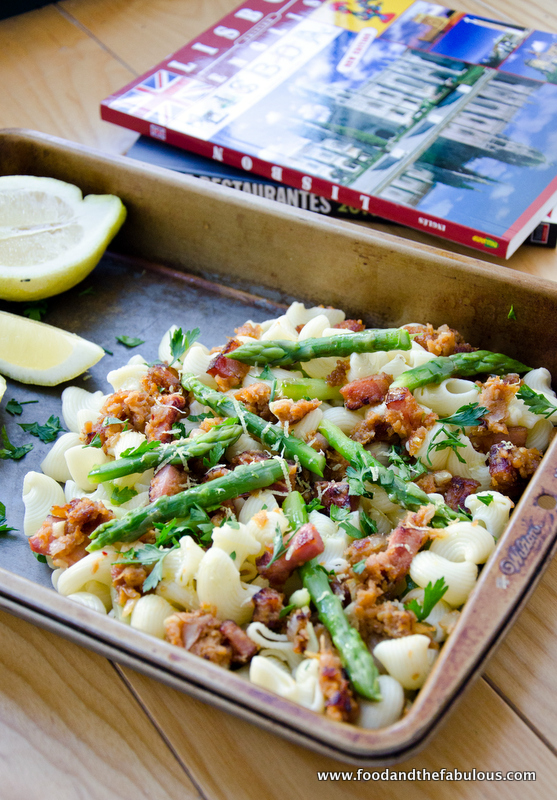 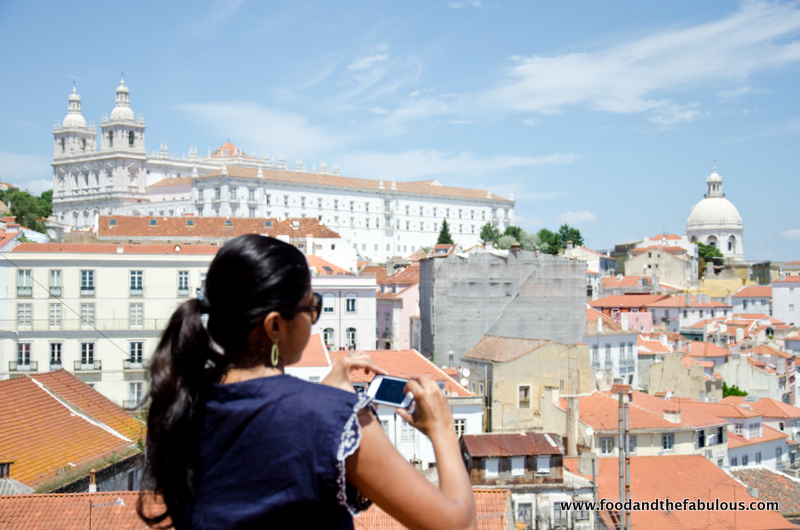 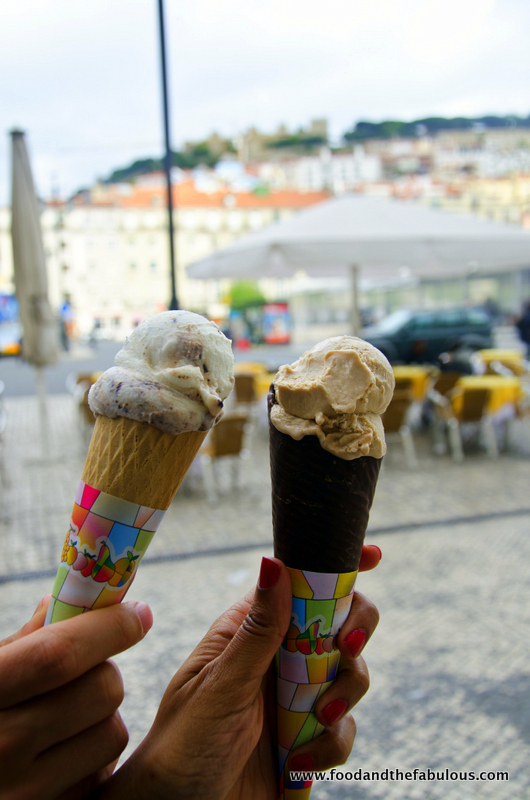 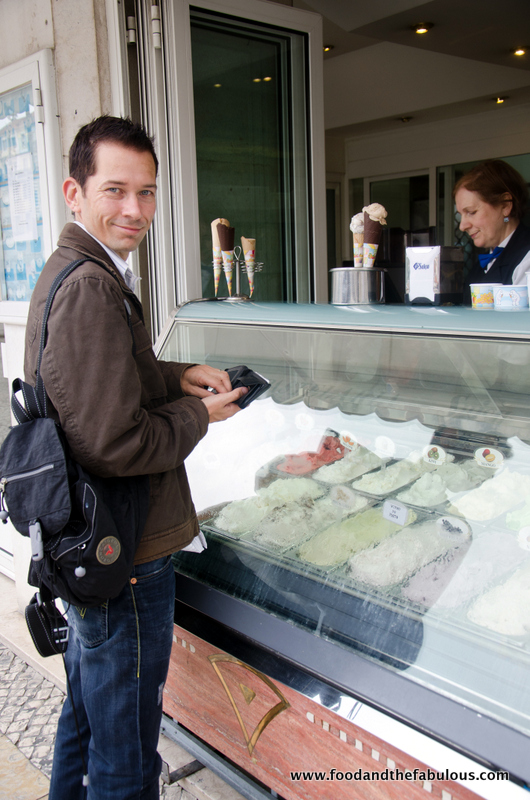 even on a cold day! 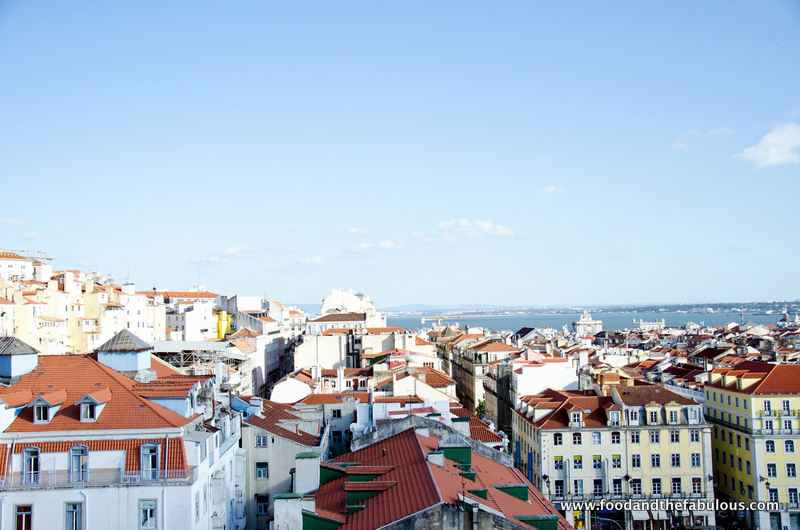 Views of Lisbon from Hotel Mundial 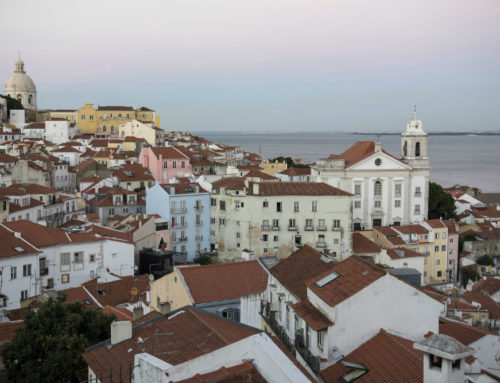