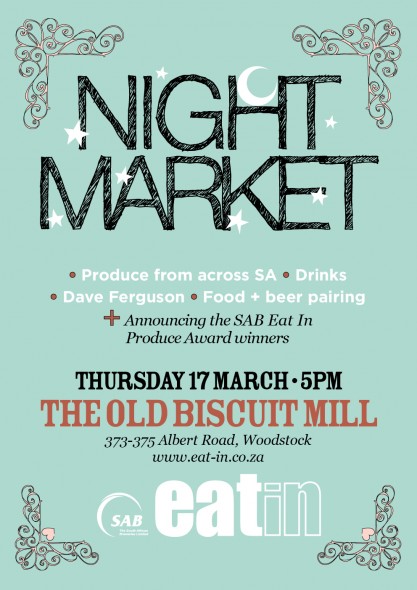 Join Eat In for a night of food, beer and feasting

You’re invited to join Eat In for their fourth annual produce awards (the Best in Local Produce), open to the public for the first time and free of charge! 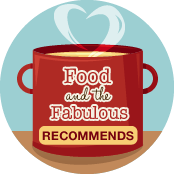 Why you want to go

It’s a unique opportunity to cheer on all the contestants and be exposed to the winners of the produce awards first hand!

Visitors will be entertained by Dave Ferguson, can sample ice-cold beer (SAB will be producing two craft beers especially for this event and master brewer Denis da Silva will be present) and some of the country’s freshest and very finest produce. If you’ve been to the Neighbourgoods Market before, you know that the best selection of market foods, drinks and suppliers are present and a spot of ogling Cape Town’s beautiful people is always on the cards!

Festive feasting at it’s best- join Eat In on Thursday 17 March 2011, at the Old Biscuit Mill from 5pm.

3 Eat In Ultimate Foodie Shopping Guides up for grabs

In the magazine’s own words:

It’s a big, glossy directory of all the best specialty stores across South Africa to shop for produce and gear for the home cook and entertainer. It includes more than 850 listings in a variety of categories – bakeries, butcheries, delis, cooking schools, markets and more. As always, the magazine will also showcase must-anticipated results of the Eat In Produce Awards.

This year’s issue talk to three main themes: locavores (people buying and eating locally produced produce and supporting local businesses), foraging (living off the land, which is closely tied to the aforementioned) and smart shopping. The latter refers to knowing (and equipping people) where and how to shop to get the best and quickest results in the kitchen. It celebrates the notion of spending more time shopping for ingredients and produce than cooking or preparing it. As a result, the magazine not only supplies lists of the best places to shop, but also solutions in terms of quick-to-prepare recipes, clever short cuts and the best ready-made and deli-bought products.

Just leave a comment and a copy could be yours!

Winners: Congrats to Lori, Julie and Pink Polka- an email is on it’s way to you!

Disclosure: I was asked by Eat In to write a few words about the awards. I intended to go to the event, so was a pleasure to put their best foot forward.