How Travel Bloggers Influence your Travel Decisions – The New Guard 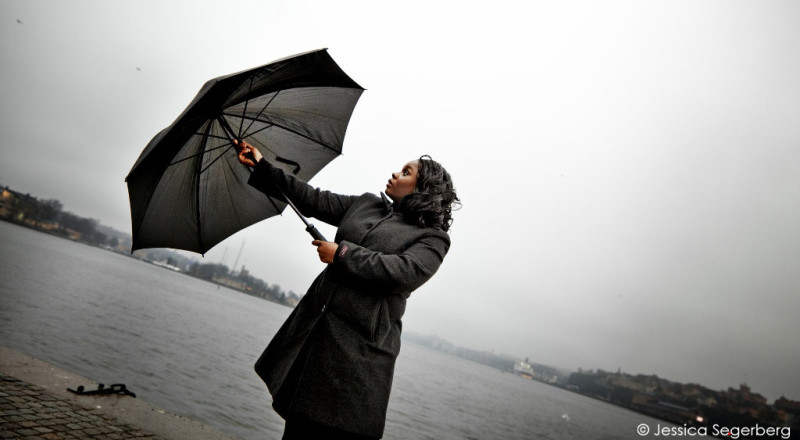 Travel bloggers have long replaced the travel agent and guidebook as the go-to source for travellers today. Ishay Govender-Ypma chatted to some key players* This was written for Mail & Guardian 28 March 2015

If you are a Gen X’er or a Millennial, there’s a great chance that your travel decisions are made purely online (the research on this is endless) – through the vast supply of online review platforms, booking sites, forums and travel blogs. I know of 20-somthings who’ve never purchased a single travel guide in book format. These are not people averse to reading. Instead, they browse their favourite blogs written by well-travelled bloggers, requesting recommendations and suggestions on Twitter. “Best cheap bistros in London, please. And go! cc @besttravelbloggerintheworld” one tweet may read.

Kirsty Sharman, head of Webfluential, a platform that connects brands with digital influencers like travel bloggers, to run campaigns, tells of her recent experience in booking a holiday. She scoured Club Med’s Facebook page and web site, researched reviews online and then asked her friends on social media about their experiences. On the strength of this, she booked. This act corroborates a 2012 Nielsen report that 92 percent of consumers worldwide trust peer recommendations above all forms of advertising. “Humans have a tendency towards self-doubt. Influencers help relieve that doubt and have the ability to push us from an interested consumer to a paying customer,” she says. And paying customers are the reason destination marketing organisations (DMOs) and tourism boards are working so closely with influential travel bloggers.

But first, some background. Traditional print travel magazines and guides (much like newspapers) have had to compete within the online space. Often these publications have a blog, using the voices of top travel bloggers – take Lonely Planet and Afar, for example. Unable to beat or compete with online influencers, traditional media has had to adapt rapidly and jostle for a slice of the online pie. Poorly designed web sites, infrequent updates and slap-dash social media strategies have all lost many publications credibility with online readers (the Millennials), and relevance, in many ways. It is, after all, a market with a fleeting attention span. Click, and they’re gone. Incidentally, successful travel bloggers, who run their blogs as businesses (the “pro bloggers”), must manage all these facets: creating compelling content, multi-platform engagement and campaign strategies while travelling on demanding schedules. Often, this is done with no assistant or employees.

So, where does this arresting spike in popularity of travel bloggers stem from, and why are they so visibly engaged by DMOS and tourism boards in efforts to connect with potential customers, namely, travellers like you? 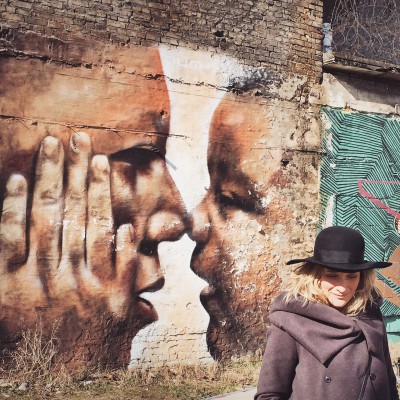 “Nobody is interested in what a DMO has to say about a destination, but when a DMO can create a platform for stories to be told by local people, top bloggers and travellers themselves, you create magic,” says Mariette du-Toit Helmbold, the former CEO of Cape Town Tourism (CTT) who runs Destinate, a boutique destination-marketing agency, “ Subsequently, visitors are enticed to experience the destination for themselves.” 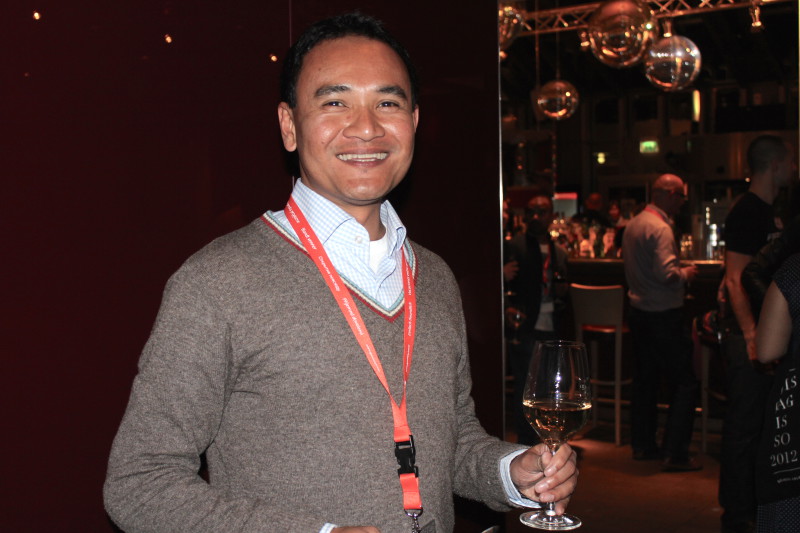 Veteran travel blogger and ex-investment banker, Keith Jenkins of Velvet Escape blog, is the founder of iambassador, which launched in 2011, a professional travel blogger network that creates paid campaigns for top bloggers. Jenkins says that bloggers’ strengths lie in the ability to communicate from personal experience while leveraging multiple social media connections with travel-hungry users. Compared to print, bloggers offer rapid turn-around on diverse channels, including video, and the ingenuity, especially of full-time bloggers, results in creative entrepreneurship. Think apps, books, e-books, product and peer collaborations, serial podcasts, and sometimes TV shows. Niche audiences allow for very personal connections to readers, beyond what DMOs or boards can achieve, explains Abi King, a former doctor who blogs at Inside the Travel Lab, and writes for various traditional publications too. 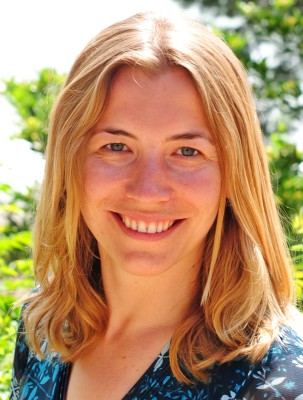 Travel trends have consistently pointed to the rise in the use of technology in tourism, and in particular in how we research, and inevitably select where to eat, play and sleep. According to du-Toit Helmbold the ITB Berlin Travel Trends Report 2015 reveals, “92 percent of social media users are influenced by travel blogs with up to 72 percent willing to change their destination choice based on the opinion of friends and networks on social media.”

South African Tourism (SAT) first engaged on a large-scale with top-tier travel bloggers in 2013 with the #MeetSouthAfrica campaign, somewhat later than many boards, but the first in Africa, after the lauded regional #loveCapeTown campaign run by CTT in 2012.

“SAT quickly saw the value and the quality of the bloggers’ content and influence,” says William Price, SAT’s global head of digital. “We’ve had unbelievable results and we are able to see how well the bloggers and influencers share their content and what kinds of responses these carry from their audiences,” he says. Nuturing long-lasting relationships with top influencers, based on trust, and involving local travel and lifestyle bloggers in these campaigns encompasses a chunk of the SAT digital strategy. 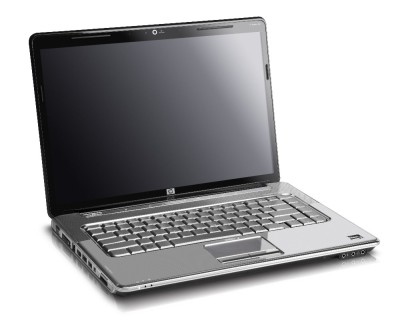 And how do these “digital influencers” benefit? They’re paid, in many instances, of course. “Wefluential has over the past 8 months, paid out over R2M to South African influencers, alone. We’ve executed over 150 campaigns across Africa. Influencer marketing is no longer a future trend, it’s a current tactic,” Sharman says.

But this peacemeal payment is hardly adequate to keep afloat. Lola Akinmade Åkerström, a Nigerian-born, Stolkholm-based travel blogger at Geotraveler’s Niche, writer and photographer for the likes of National Geographic, says that to do well bloggers need to divserify. “If your blog was shut down tomorrow, what will happen to your buisiness? That’s why I wear many hats as a freelancer,” she advises.

The debates and concerns about the role of bloggers as content creators or marketers (or both) are several, even wihin the blogging circles. Velma Corcaran, Marketing Executive at CTT who was involved in the groundbreaking #loveCapeTown campaign, is a little cautious. The 2012 campaign famoulsy crowdsourced the opinions of locals on Twitter with visiting bloggers asking questions such as, “What are your favourite hikes/picnic spots/areas to visit/places to eat/secret gems”. The response was phenomonal, as I recall. Today, the peer-to-peer trend, using travellers themselves as influnencers, is still stressed.

“At the time it was novel and wildly successful but it also raised some healthy debate about whether bloggers, who have been paid to come to a destination, could really be objective,” says Corcoran.

The CTT team has had to consider whether “some of the better known bloggers have become such big brands in themselves that the entire destination experience is more of a brand vehicle than a piece of reporting,” she says. du-Toit Helmbold sees the bloggers’ roles differently: ”Professional bloggers are publicists and in most cases we work with formal agreements on content and required exposure,” she explains. Many bloggers themselves argue that their worth is tied in with the ability to be objective, a requirement essential for fair reporting.

Life in the Social media lane – image from web

DMOs are partly to blame, Corcoran says, when they plan unrealistic or unsuitable itineraries that result in a tweet-per-hour marketing-fest, with the bloggers getting little chance to explore or rest, something Jenkins ascribes to poor research on a DMO’s part. He mentions the case of the backpacker sent to the swanky Michelin starred restaurant or 5-star hotel, wholly inappropriate for the audience.

“We believe that we do need to work with influencers to tell Cape Town’s story; they are often more influential than a tourism board. As always, relationships and authenticity are key to ensuring the stories told are meaningful for everyone,” Corcoran stresses.

Brands, DMOs and bloggers do agree that at the heart of every trip and campaign lies the customer – the reader or regular, paying traveller.

Even when DMOs and brands analyze the statistics, they could end up wasting time and money on the “wrong” blogger – a bad investment being an inherent risk. As du-toit Helmbold says: “Eventually, you get to know the professional bloggers from the bleggers and the blaggers.

*Disclaimer: the writer works as a freelance travel journalist, and blogger on paid campaigns occasionally. Mostly she travels on her own dime. 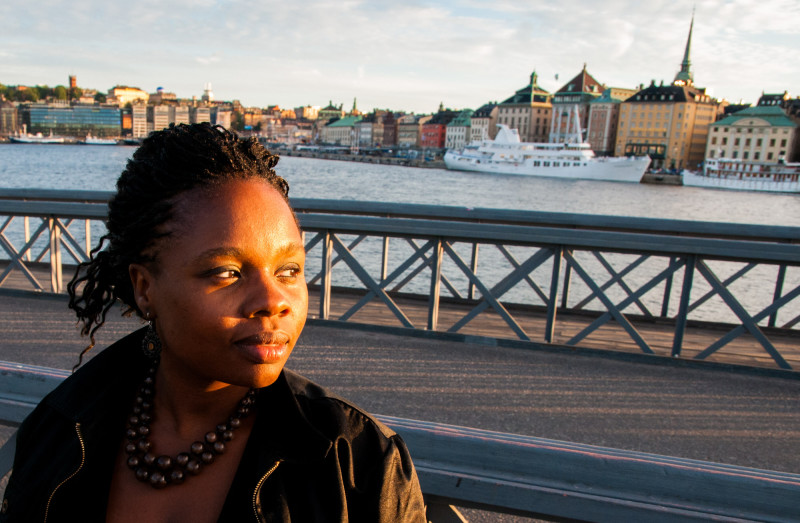 In a sentence: Stockholm is like a superhot person who is also a modest rocket scientist, and getting beneath her surface is challenging but rewarding.

A favourite place: 40 percent of the city is green space. The islands of Djurgården and Långholmen are perfect for reflection.

In a sentence: Amsterdam is a true global village packed with history, culture and progressive minds.

What do you love about the city?

The fact that it’s so cosmopolitan (almost 200 different nationalities live here), there’s always something to do and see and the beauty of the canals never fails to impress me.

A favourite space: Along the Amstel River near the Amstel Station, for peace and reflection.

Abi King, Inside the Travel Lab

In a sentence: It’s an unpretentious capital that bursts with character at the doorstep of the spectacular Welsh coast and wild expanse of the Brecon Beacons.

A favourite space: The lighthouse in central Roath Par