When the late U.S restaurant critic Jonathan Gold wrote about food, he invariably commented on the irrational fear white Americans have of their neighbours, forging connections along the way. Ishay Govender breaks it down in our local context.(@IshayGovender), For Sunday Times, August 2018 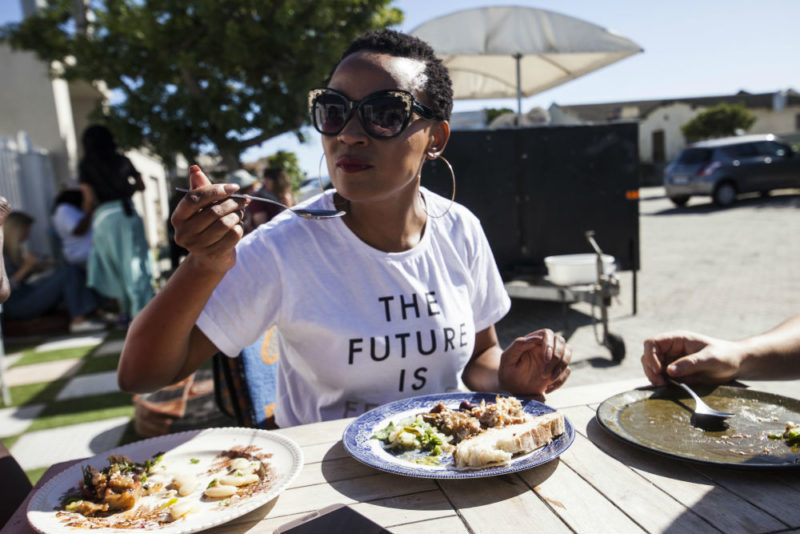 Recently, a well-known South African chef with a restaurant brewing beer and serving American-style BBQ, in a public Instagram dedicated to the late American food critic Jonathan Gold, lamented: “I find no writers here have that absolute passion,” adding that journalists interviewing him sometimes had a “blank expression” when he referenced an international chef or trend and he found that “heart-breaking.” Coming from a famed Knysna-based restaurateur family he added that he hoped that before he died “we will have a decent writer in SA to tell our incredible food story to the world.”

We may not have met the chef’s expectations, and our publications have no budgets to support proper restaurant criticism, but I will add that it’s a thrilling time to be covering food in South Africa. Let’s start with the work of chefs Abigail Mbalo from Khayelitsha, Sowetan Lesego Semenya, and award-winning cookbook author/chefs Nompumelelo Mqwebu and Hope Malau who promote our intricate township cuisines through the medium of television, social media, print and restaurant spaces.