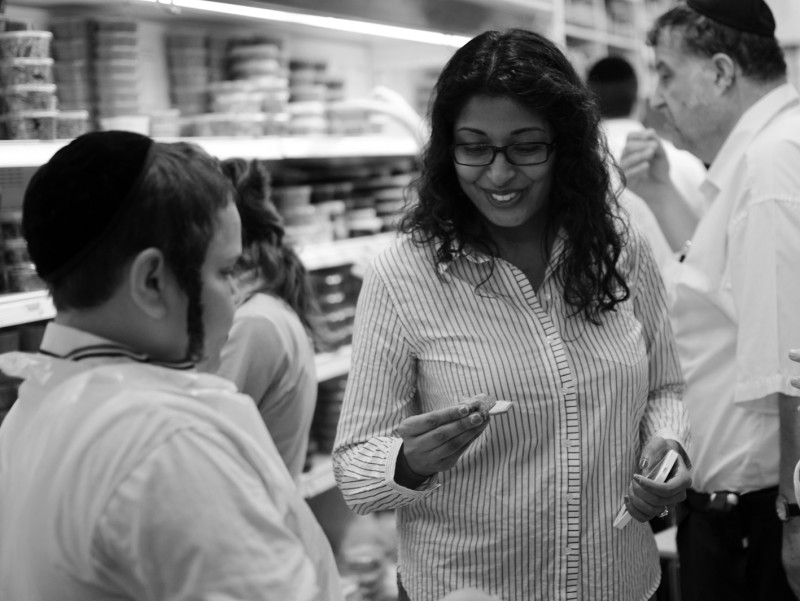 a deli in Bnei Brak

Its’ a few hours before Shabbat and we are five minutes out of Tel Aviv, more or less, in the orthodox community of Bnei Brak. I’m nervous, if I must be honest. I’m wearing a long-sleeved shirt, buttoned to my suprasternal notch and long, loose trousers. I have not spotted a single female, aged 4 to 94, wearing pants. My idea was to blend in respectfully, as far as possible, and that seems more of a challenge than I expected. My husband places a comforting hand on my arm; I shrug it off and give him the look, “No touching, remember?” I whisper.

Hagit Evron, dressed in a long white skirt and a pink cardigan, meets us on a food tour of the neighbourhood. Moments, later the skies open. It’s the first rain of the season, she tells as we huddle under an awning, watching a stream of Haredim (Hasidic Jews, male in this case), dressed in black tailcoats, dark hats with impressive dangling curled side burns, walk by.  They are dressed similarly to their ancestors from the 18th and 19th centuries and are unmistakable, whether spotted in Brooklyn or here in Bnei Brak. We learn that the community is divided into several sub groups, each with distinctive dress and hats.

Our first stop is a small deli, Maadanei Zehava, crammed with predominately male customers, served by the Cohen family men. Hagit and I are distinctly out of place in the gender balance of things as they are here. Women are homemakers and rarely seen outside on a Friday afternoon. 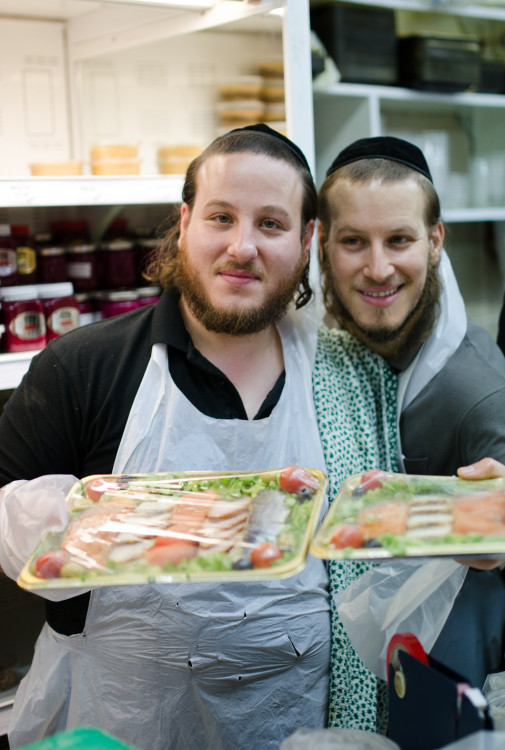 In the deli, the twin Cohen brothers enthusiastically show us impressive platters of smoked salmon. We taste the slow cooked zulnt (cholent), a beef and barley stew that is cooked all of Friday for the lunch on Saturday. Kept in a huge pot on a slow simmer, it’s tender and comforting.  The Ashkenazi Jewish dish of kugel, massive potato and egg-noodle cakes, with browned tops and slightly sweet in flavour are cut into wedges and sold on polystyrene plates.

We sample smoked salmon on crackers with purple-hued horseradish and beet cream. Hagit points out the dips and herring in the fridge.

At Shtisel, a nearby diner we try to engage with Efraim behind the counter. I want to purchase some items to take back to the apartment in Tel Aviv. I pick a few gefilte fish balls.

“No Shabbat table is complete without this, the zulnt and kugel,” says Hagit. 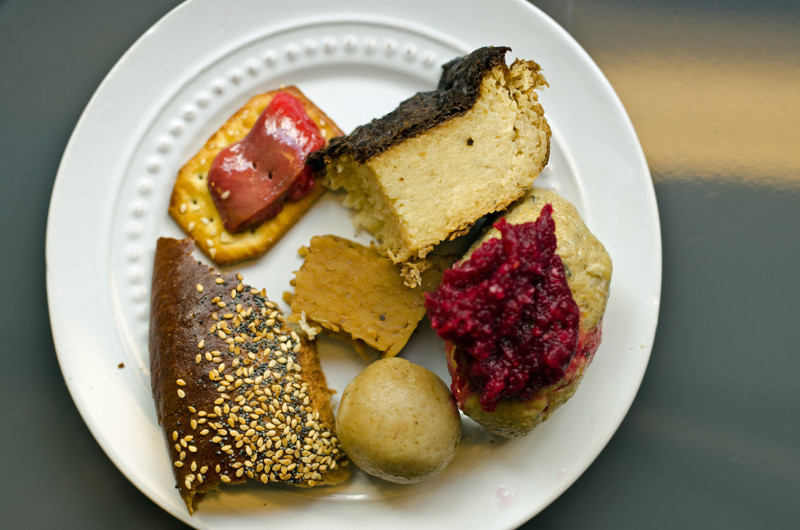 Efraim is polite but refuses to look at the camera, but from behind us, Hagit notices some interest. A group of teenage boys, dressed in black coats and hats, their sideburns curled in the traditional way, are whispering. “They are fascinated by you,” Hagit says, pointing to my brown skin.

One comes forward to the fridge and we ask if he’d like to be in a picture. He smiles, revealing braces and proceeds to play shopper for our pictures, selecting from the fridge, deep in thought, perhaps like his own father or uncles.

Men and women are rarely seen together in public spaces. Even at a diner like this one.

Specialist bakeries like Katz Bakery produce kosher pastries, breads and cakes made without dairy, known as parve, that can be consumed with or just after eating meat. Like the number of kosher certifications on all food products here, there are ‘levels’ of kosher bakeries, and the stricter the certification, the more expensive the product. Different communities within the neighbourhood ascribe to different marks of certification.

At Hazvi Bakery, people from all over the area, orthodox and secular come to buy loaves of challah. Trolleys stacked with hot bread with a dark brown sheen, are replaced almost as fast as they come out. We leave with a large plaited challah loaf sprinkled with sesame seeds. We take a taxi back to our parked cars, aware that movement outside a certain hour on a Friday in orthodox neighbourhoods is frowned upon.

Hagit’s tours in Bnei Brak and Jerusalem cater mainly to locals. I ask her why she, a secular Israeli runs them. “Food is known to melt barriers, and by doing these tours, connecting Israelis and visitors with real people in this nieghbourhood, I am hoping to supply a more tolerant approach to the orthodox community,” she explains.

Five minutes later we are in Tel Aviv, and patrons, male and female sit on terraces of cafes, drinking wine and smoking, chatting and laughing. The contradiction we have just witnessed is stark. 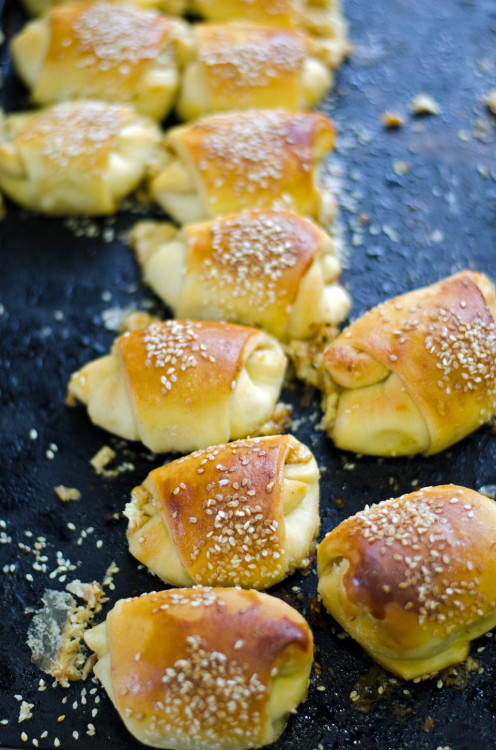 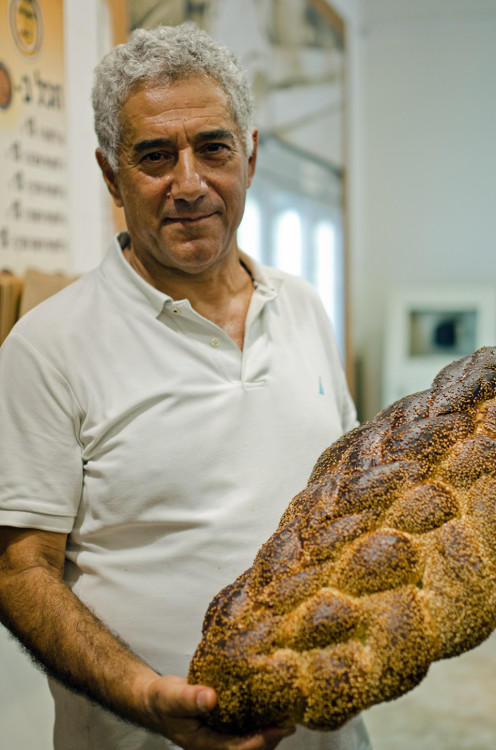