Portugal’s most famous dessert, the pastéis de nata or egg custard tarts are famous all around the world. But, there’s a secret recipe everyone wants… Written by Ishay Goveder-Ypma for Fine Dining Lovers. 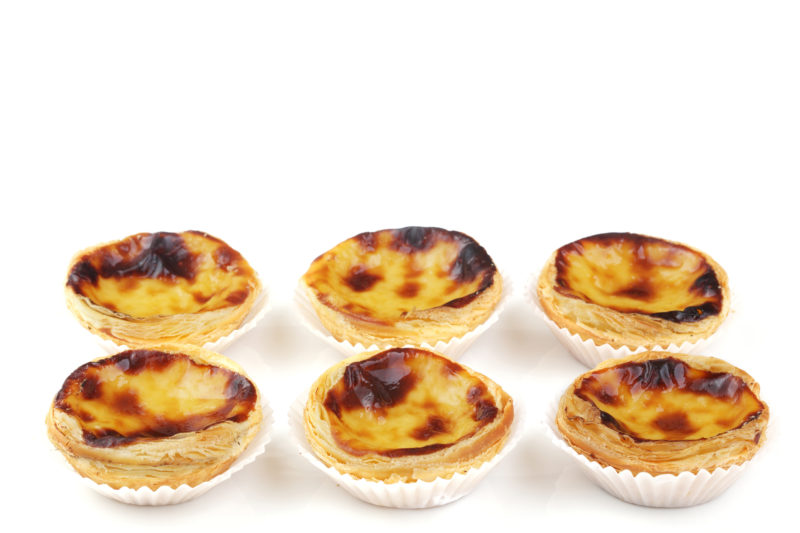 I remember the first time I visited the district of Belém, a mere 10 kilometres outside Lisbon. We joined the locals on a tram, a straight-line 20-minute journey and arrived to explore the shrine to the great Portuguese navigators, like Vasco da Gama at the striking Discoveries Monument and the imposing Mosteiro dos Jeronimos, where his tomb rests. Somewhere along the way, I joined a line snaking across the block outside the Antiga Confeitaria de Belém, not a monument or a museum, but a pastry shop selling the famous egg custard tarts of the same name (pastéis de nata elsewhere). When the warm tarts arrived, smelling sweetly of butter and cinnamon, the air laced with my anticipation, it felt as if I were crossing a barrier. And in many ways, I was. Every pastéis de nata I’d consume after would inadvertently be compared to these, with the flaky buttery (never greasy) pastry, the delicate custard with the gentle wobble, and that feather-light dusting of fine cinnamon dancing on the tongue. It’s hard not to order a dozen.

Pastéis de nata is the sweet treat Portugal is most famous for. Around the world on restaurant, bakery and market menus you’ll find the golden-yellow tartlets. When I find the characteristic brown scorch marks at the top, my heart skips an involuntary beat. I pass over the pale, insipid looking ones. Later I learn that the tarts at Antiga Confeitaria de Belém are baked at very, very high heat, which ensures this characteristic charring.

A few years after that initial visit, when I returned to live in the city for a few months, a pokey mom-and-pop store one door down from the small apartment we rented in Estrela sold pastéis de nata worth eating for breakfast. Every day…