A visit to the Douro Valley in Portugal

This article was featured by Fine Dining Lovers: 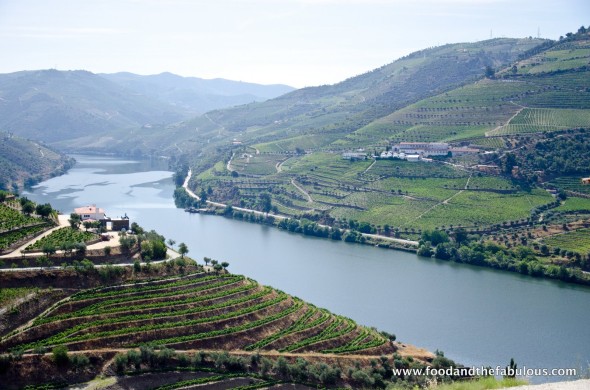 We inch up the serpentine bends, pulling the car precariously close to the side of the narrow road closer to the river, as an SUV returning from the mountain, hurtles down in haste. We draw in deep breaths, keeping our eyes as wide open as the glare of the sun will allow. Below us lies a latticework of vines growing in schist rock terraces, arranged at pleasing angles. 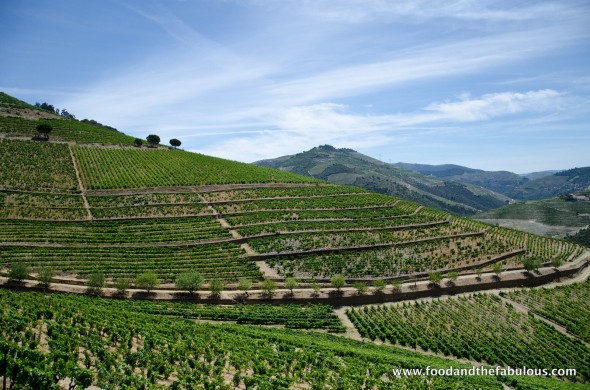 As if splitting the mountain interface, the mighty Douro river carves its way, flowing between Portugal and Spain. The river has witnessed the efforts of man and vine for more than 2000 years; in 1991 the Alto Douro was declared a UNESCO World Heritage site because of the long tradition of Port production and the resultant development in infrastructure in the area. 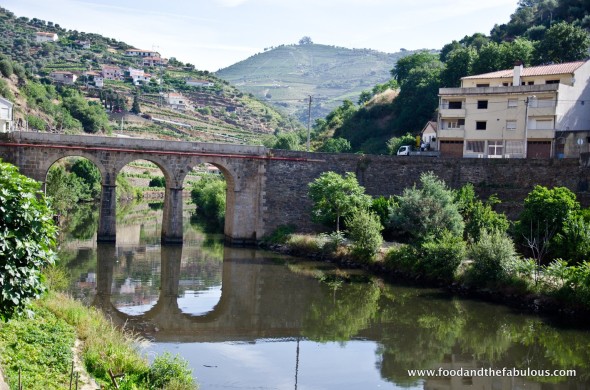 We stop off to the side of the road as safely as we can, one of us keeps an eye out for possible oncoming traffic, the other takes a few photographs. The Douro wine valley is as spectacular as they say, but even in the heat of summer, there are very few tourists. There are a number of rural houses across the river, some with a noble edge, and they cast ethereal shadows in the flat green waters. The terrain is unique and I feel a growing curiosity about the history and people who live and work here. 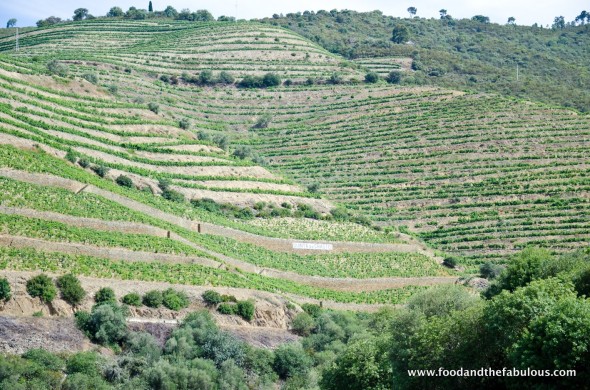 While the grapes for some incredibly good table wines, of which we have had the pleasure over three months of living in Portugal to sample, are grown here in the Douro, the region is most famous for excellent Ports or fortified wines. In picturesque Oporto, one of our favourite Portuguese cities which lies at the basin of the Douro, you will see prominent signs advertising the names of Port wine cellars. Port is stored in these cool cellars, but in order to get there, trucks must traverse the precarious journey down. We are told that it isn’t uncommon during harvest season for more than one collision or for a truck to tragically take a tumble over the side. 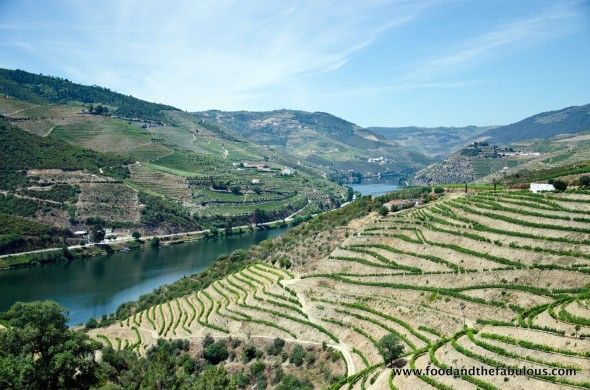 In the old days, barrels of pressed grapes were transported by rabelo along the unpredictable Douro.

At various estates or quintas, you may still find rudimentary chapels built in the old style – these were houses of worship where the stewards of those small vessels would come to pray for safe passage. 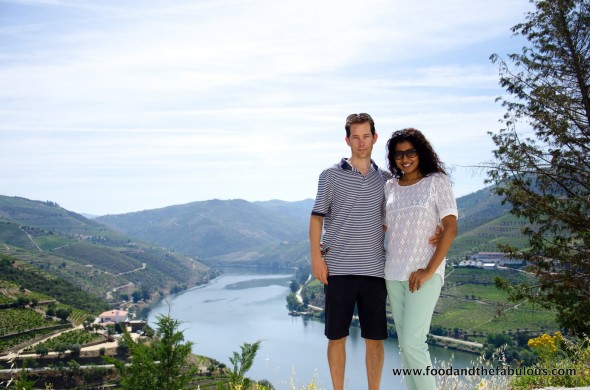 view from Quinta do Crasto

At Quinta do Crasto, we are taken up to admire the views of the valley from the pool area before our tasting commences and the eye is tricked into believing the pool flows into the Douro river.

It is here that we are reminded what we have been told before, that as popular as Port is, it isn’t so with the Portuguese. Rather, it’s an English custom that seems to live on; naturally much of the port produced is for export. The Douro developed the first appellation system, a wine classification to distinguish the three regions in which the grapes are grown. This was developed 200 years before the French system! 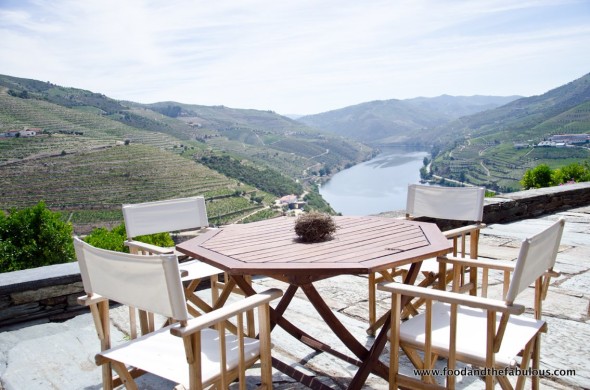 Later on at Quinta do Nova, we both agree that this could be the very spot for a renewal of wedding vows, except we both know we have family who wouldn’t commit to scaling the hills to get here. Lunch is an elaborate affair paired with the estate’s wines, under the shaded pergola. 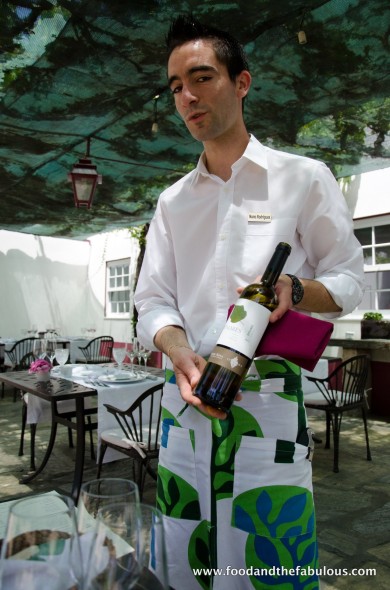 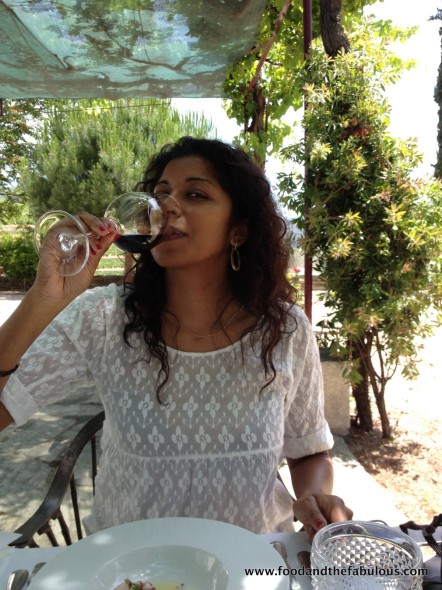 wine and lunch Quinta do Nova

After a day of exploring, wine tasting (the driver must opt for sensibility, the roads aren’t worth the risk), and taking in views we head back to the beautiful CS Vintage House Hotel for a nap and a shower before dinner at Rui Paula’s DOC, a sleek and modern restaurant with an excellent reputation, on the water’s edge. 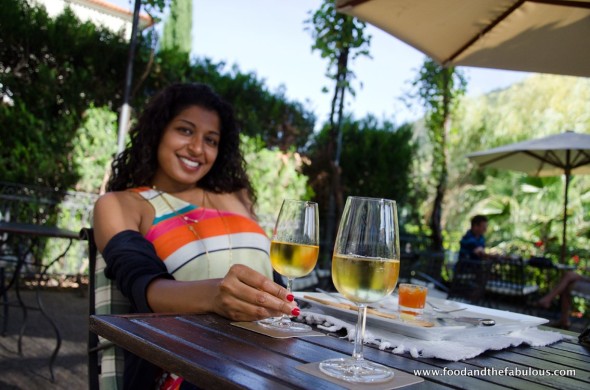 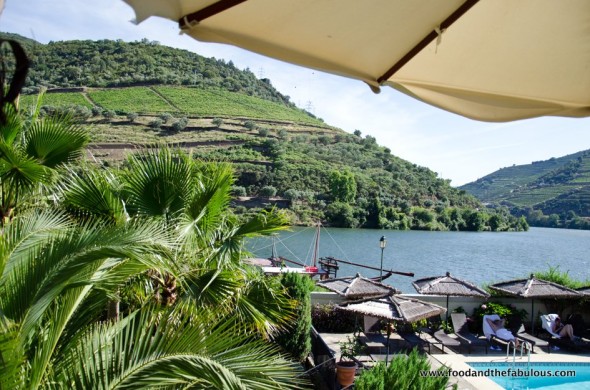 relaxing at the CS Vintage Hotel

And tomorrow? We’ll blissfully do it all again. 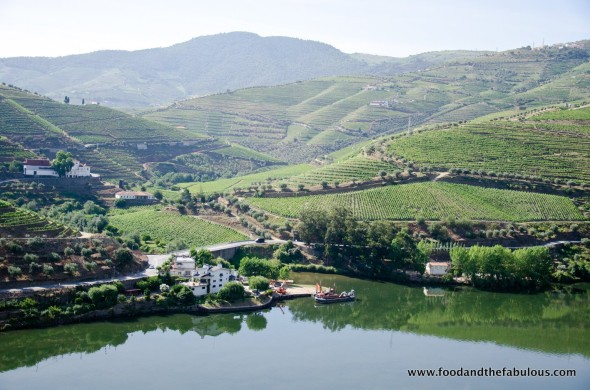 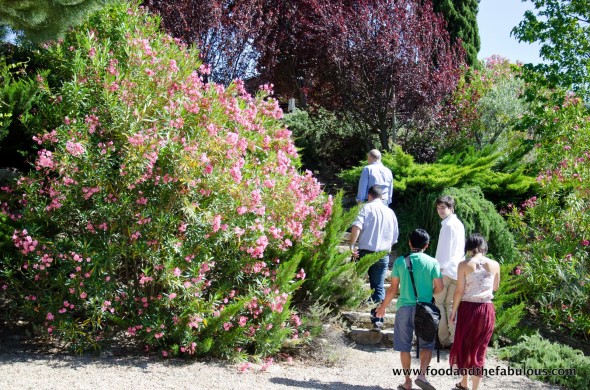 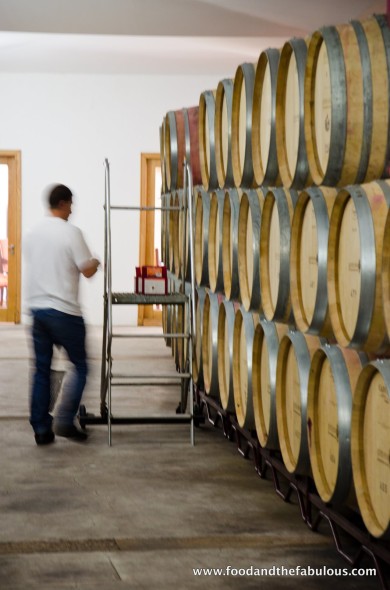 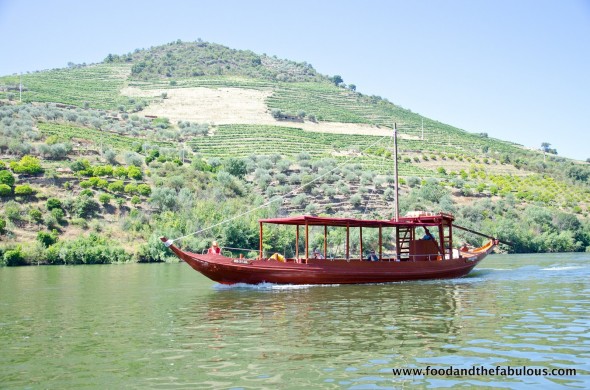 a rabelo ride on the Douro 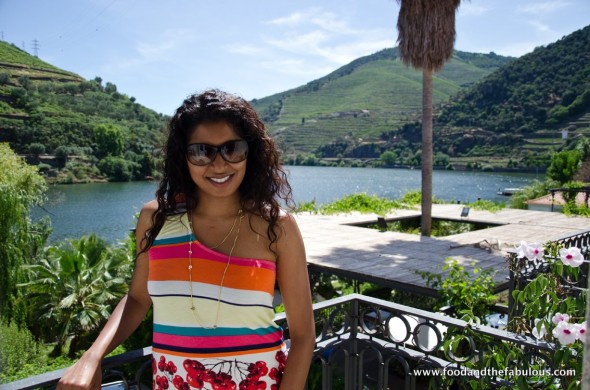 Balcony of room at Vintage hotel