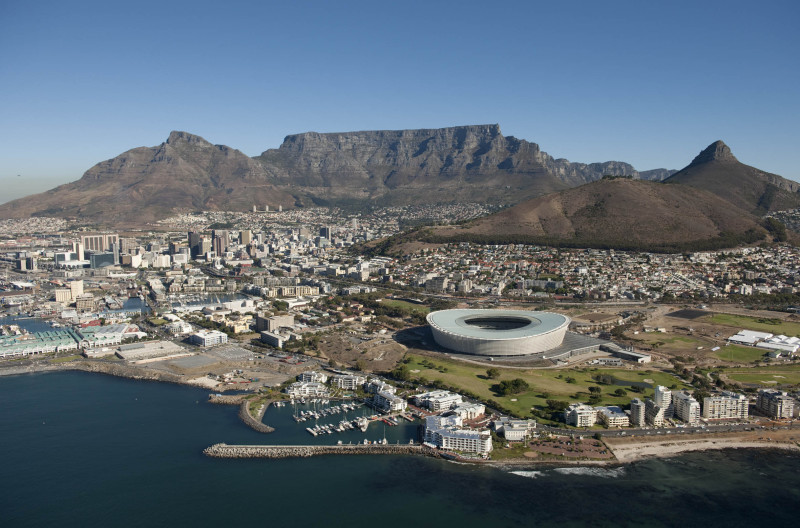 A city known for its exquisite natural beauty, where two oceans meet at the very tip of Africa, this is a guide for the first time visitor to CAPE TOWN, the Mother City- for Oi Vietnam magazine. Before you plan your trip to Cape Town, delve into this beginner’s travel guide.

Cloaked in a cloth of white clouds as the early afternoon collects at the edges of a pleasant summer day, Table Mountain looks every bit the pretty setting for the perfect, posh high tea. It’s a ritual the locals know very well. When the cloth lifts, against the contrast of a vivid blue sky, the wrap-around mountain elicits sighs of admiration from everyone. It never seems to tire the spirit, that we, the residents of the Mother City get to live around the foot of this rock, recently voted one of the 7 New Wonders of the World. It’s a primitive fascination – man, mountain, sky, ocean. Juxtaposed against the city’s title as World Design Capital 2014 and the various ‘number one destination in the world’ awards, no less from the New York Times this year, the sheer force of Cape Town’s rugged beauty provides inspiration for the city’s artisans, thinkers, dwellers and game-changers.

*ALL IMAGES SUPPLIED BY CAPE TOWN TOURISM, UNLESS INDICATED* 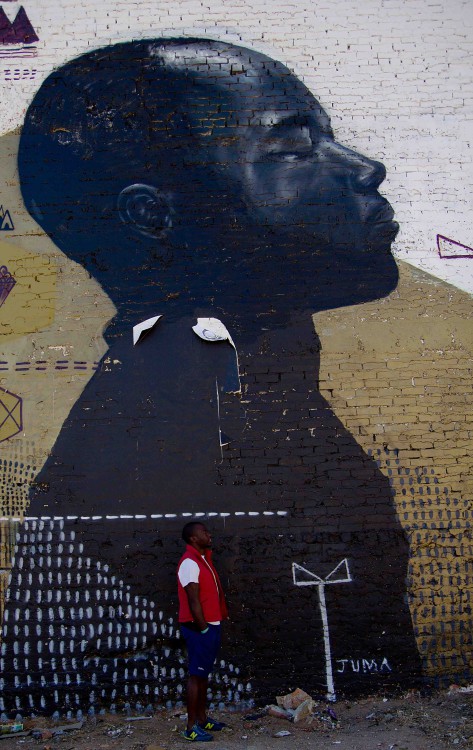 As the most visited city in South Africa, Cape Town has been welcoming visitors both local and foreign long before the awards arrived. Technically a mere 20 years old, South Africa is a young democracy. While the transformation curve, as we’ve remerged into the world post the horrors of Apartheid and social segregation, has been achingly steep and the internal politics rocky at times, Cape Town is well known for its hospitality. This is due squarely to the residents, and a friendly attitude from wait staff and passers by can be expected. Working through the legacy of inequality has left behind a residue of social issues from street children and beggars to those just about surviving above the poverty line. While the guide books and safari companies that lure foreigners to Cape Town’s shores may wish to paint away the realities of township life and the everyday struggles faced by many, visitors would benefit more from a holistic, inclusive approach. The fine coastal homes and the endless beach bars and cafés along the Atlantic seaboard, in Camps Bay particularly, reflect the living conditions of a minority. But, there remains a lack of snobbishness in the area, and it sees visitors from most walks of life frequenting the beaches and restaurants.

Book a well-organised township tour, and eat in the home of a local too if you can, for a more complete picture on Cape Town life. The Maboneng Township Arts Experience for example, showcases local art in the homes of residents in Langa and provides intimate insight into lives ordinarily missed over bigger attractions. Township tours are meant to empower and not encourage ‘poorism’ or exploitation of locals, so do choose wisely. Contact: Iain or Michael: http://coffeebeansroutes.com/about/ 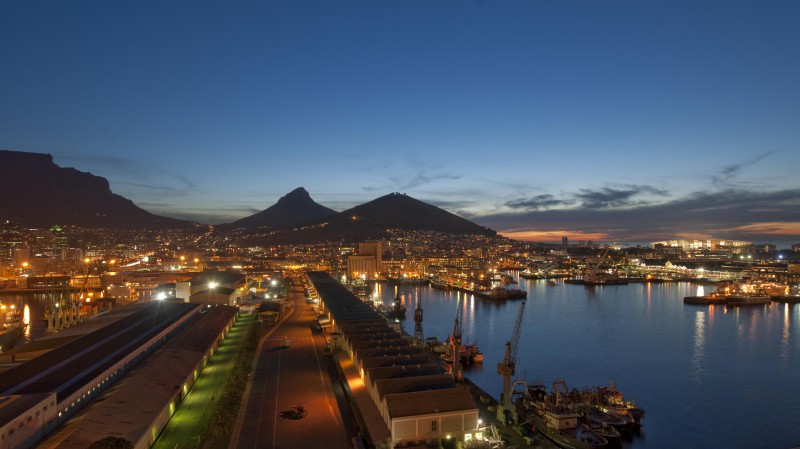 Without a doubt, visitors to Cape Town are after slices of natural beauty – flora, wildlife and breathtaking views. The city does not disappoint. A first time visitor would do well to ride on the ubiquitous big-city favourite, the hop-on hop-off bus for an initial orientation of the best of the city.  A similar bus also takes visitors on parts of the famed wine route. A self-drive is highly recommended (remembering to keep on the left-hand side of the road), as roads in general are good and drivers courteous.  A starting point, and weather permitting, should be cable cars ride up Table Mountain for the finest views over the city. Join locals on an early morning or late afternoon walk up Lion’s Head, an adjacent mountaintop. But do exercise caution – the walk is steep and narrow at points, so it’s best not to attempt it alone or in the dark. If you’re looking for a little more adventure, you can perform a 30-minute tandem paraglide from Lion’s Head, or Signal Hill too.

A ride along the Atlantic seaboard from Sea Point to Hout Bay and up the winding mountain path of Chapman’s Peak provides plenty of photo opportunities and a few picnic spots along the way. The Cape suffers terribly from veld fires, especially in summer; so do be wary of throwing lit cigarettes and leaving unattended campfires.

An ideal route would involve driving onwards to Cape Point, and on to cape Agulhas the very tip of Africa where the Atlantic and Indian oceans converge in forceful splendour. Don’t feed the baboons, as per all the warnings, but do stop to feed the African penguins at Boulder’s beach in Simon’s Town. Many of the beaches along the way provide the ideal conditions for kite surfing too. 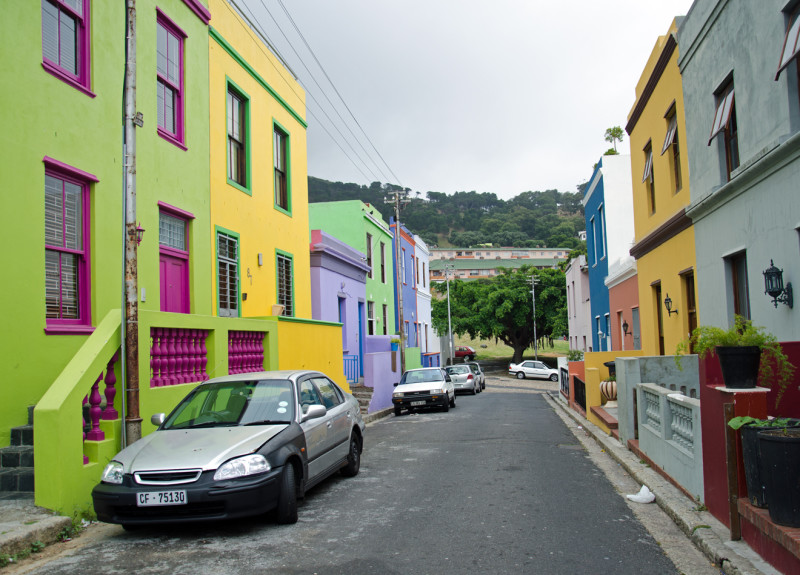 Bo Kaap Food and the Fabulous

The hilly roads that lead to the base of Table Mountain and the area known as the Bo-Kaap, or ‘above/upper Cape’, is dotted with small, closely grouped candy-coloured council homes that have become a must-see attraction. The Cape Malay people who live in the Bo-Kaap are mainly direct descendants of the slaves and labourers who were brought to work in the Cape just after the Dutch arrived in the mid 1600’s. ‘Malay’ is a misnomer, as roots can be traced to Java, Indonesia, Ceylon and the east coast of Africa, Madagascar in particular. The Malays brought with them specialist skills in tailoring, construction and notably, the Islamic religion, which remains the predominant faith in the area today. It’s surprising that apart from academic texts, very little has been accurately written in popular form about the Malays and their history. A new book, Bo-Kaap Kitchen (Quivertree), transports you into the intimate lives of the people living here today by sharing their heritage recipes and stories. This is a souvenir worth lugging back home.

As you ascend the slopes into the Bo-Kaap, the views out over the neighbourhood and across the city become ever more rewarding. While visitors enjoy having their photographs taken against the colourful backdrops of the houses, popular too with the fashion industry, Hollywood and Bollywood, a walking historical tour is highly recommended. Not only will your local guide thread together the history of the Malays, and life up until today, you may also be able to dine with a local family, or stay with a family too. Don’t be surprised if you meet one of the locals featured in Bo-Kaap Kitchen! 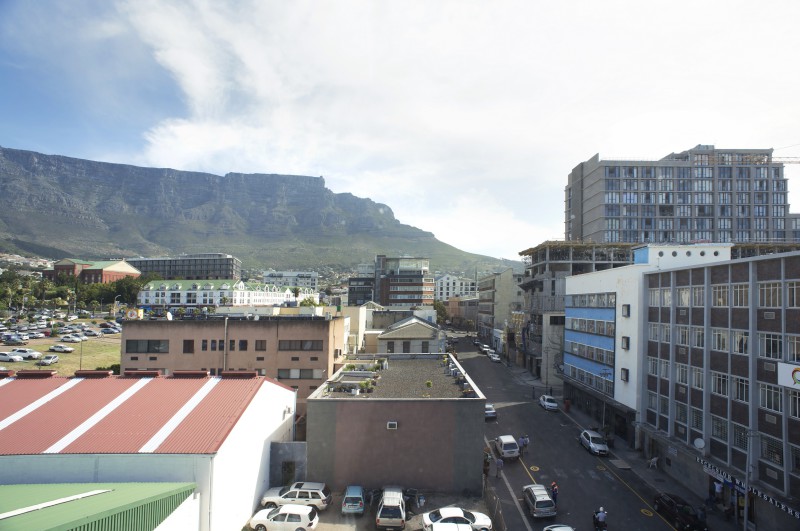 A gargantuan effort from various parties has elevated Cape Town’s central business district in the last 10 years from ailing, abandoned and economically depressed to a thriving, polished centre with a hip buzz. Visitors to Cape Town can enjoy spending time with locals on the lush green lawns of the Company Gardens (dating back to the 1650’s), and walk to the St George’s Cathedral, the Anglican Church where Nobel Peace Prize winner Archbishop Desmond Tutu sat as the head for many years. St George’s Mall, a pedestrianised area leading back to the Foreshore, is dotted with coffee shops, boutiques, the luxurious Taj hotel and luxury apartments at Mandela Rhodes Place. Nearby, are the South African Parliament, the Iziko South African museum and the Planetarium.

Not to be missed is Greenmarket Square, a flea market stocked with curios from across Africa. It’s a good place to bargain, chat to vendors and people-watch at one of the cafés nearby. The Grand Parade, Cape Town’s oldest public square on Adderley Street is the place that Nelson Mandela addressed South Africans on his first day as a free man. It was also where Capetonians gathered, leaving flowers and letters in his honour when he passed away. As a daily open market, the Grand Parade is a hub of activity, used often for large gatherings. Notable attractions include the train station, City Hall and the Castle of Good Hope.

If you’re looking to party all night, Long Street is your top bet. It’s packed shoulder-to-shoulder with boutiques selling local designs, cafés, bars and clubs. This is the place to be seen over weekends – naturally, a street-wise sensibility should be exercised with large cameras, wallets and handbags, especially at night.

Bree Street has undergone a metamorphosis over the last four years and is now the home of bars, a bakery and restaurants frequented by locals. To mingle with them, go to Jason’s Bakery for a bacon croissant, &Union for a craft beer and live music and Public Wine Bar (which operates as a bespoke meat merchant too) for a glass of superb wine and charcuterie or biltong, the dried meat snack adored by South Africans.

If you’re particularly intrigued by city life and hanging out with locals and artisans, the recently gentrified neighbourhood of Woodstock, containing a large food and clothing market every Saturday in Albert road is one you should not miss. Walk along Albert road to visit second-hand ramshackle furniture shops and new bicycle-parts/sandwich dens. It’s a fascinating mix of the old and the very new. 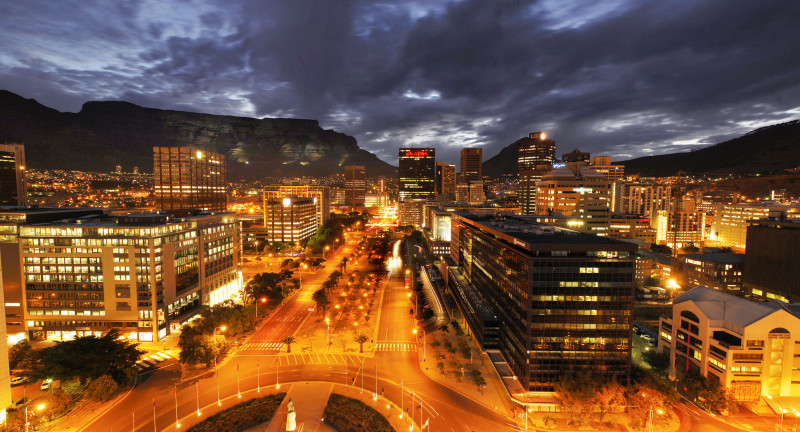 The overall impression of a first time visitor to Cape Town is one of surprise. Not quite third world, not quite first world, the city is a thriving blend of African, European and Asian history and energy. Locals remain positive that long after the awards and nominations as a must-visit emerging destination, visitors will continue to arrive, because in some way, the Mother City houses the spirit of all of us. 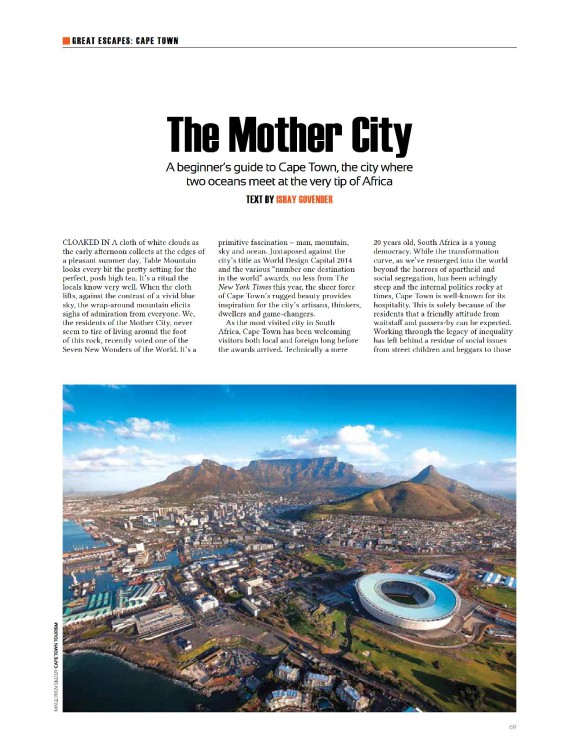 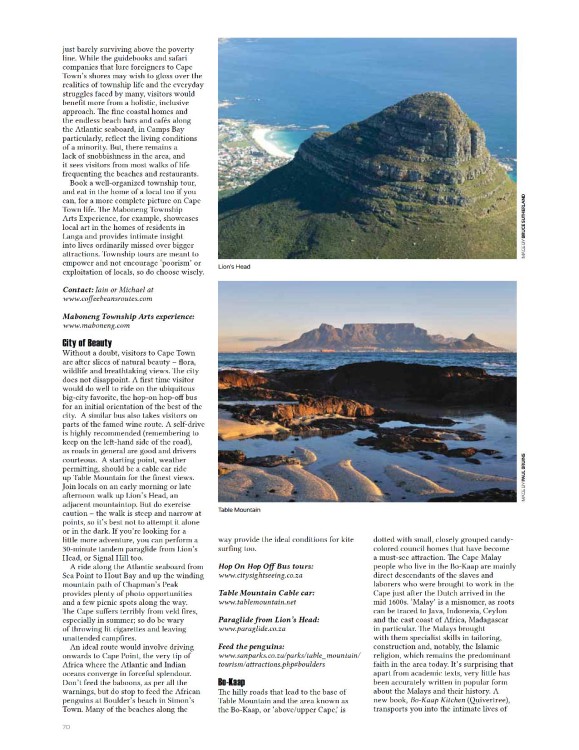 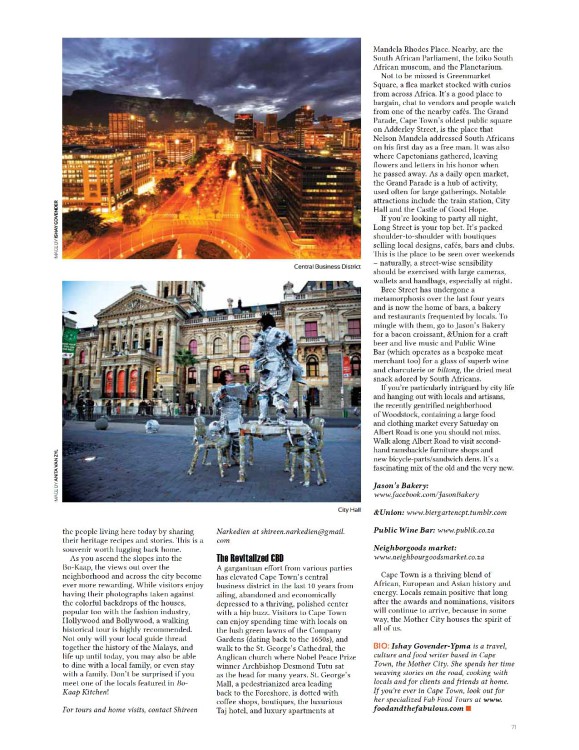