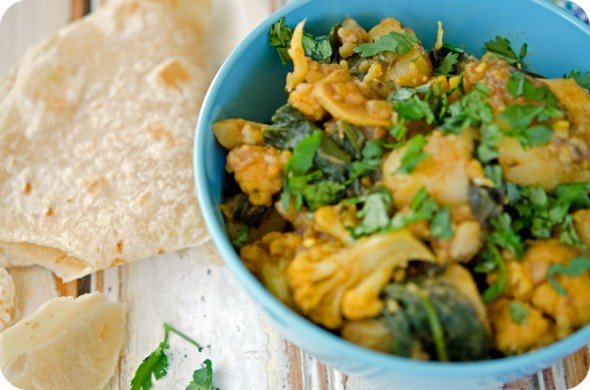 Bend it Like Beckham – the movie about Jess, a young British teen, of Indian descent, who’s heart lies more in the football field than in the kitchen, as her helpless mother tries to educate her daughters in the traditional, domestic ways that may help them find respectable husbands.

A seminal work, in my mind. The movie, while humourous touches on so many of the prejudices and difficulties faced by children of Indians and Indian descendants who are part of the diaspora. Be it from Trinidad to Zanzibar, England to South Africa the struggles of East-West and the confusion around identity are tangible elements that are so relatable.

One of the most unforgettable lines in the movie, is from Jess, as her poor mother battles to get her to learn the basics in the kitchen:

” Jess: Anyone can cook aloo gobi, but who can bend a ball like Beckham? “

(I thought Mrs. Bhamra retort later in the movie was hilarious, ” What family would want a daughter-in-law who can run around kicking football all day but can’t make round chapatis? “)

The wonderful people at Pick n Pay sent me a copy of the Fresh Living Cookbook and bookmarked the aloo gobi (potato with cauliflower) recipe for me to try, along with the ingredients. Naturally, it brought all these memories of Jess, Bend it Like Beckham and the year 2002 – I was in my second year of studying an L.L.B and naturally, my parents also didn’t understand me. Or so I thought. 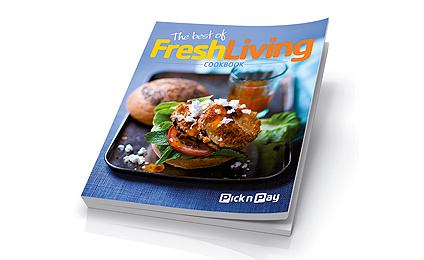 Fresh Living Cookbook is a compilation of 140 of their best recipes beautifully photographed, all achievable and using the best, seasonal produce. The focus is on simplicity, fresh flavours and getting you excited about cooking.

The cookbook retails at R89, 99 (super Christmas gift I think!) and the recipe for the Aloo Gobi can be found on page 52.

I made the aloo gobi together with my husband and the results were magnificent – just like Mum’s. This simple dish, that holds all these memories of comfort, tradition and family.

It’s true  that you will find aloo gobi in most Indian restaurants, but to make your own, aromatic and spicy – that’s the test, I guess. 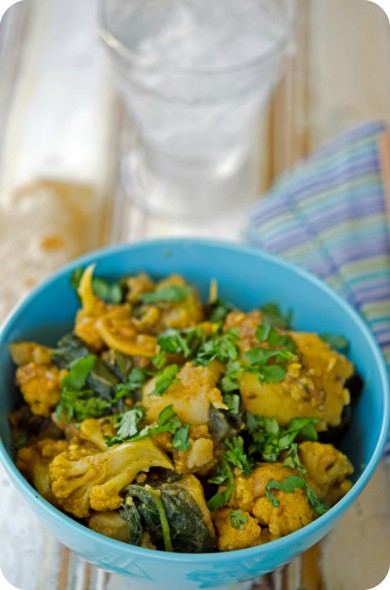 Speaking of which, I dug up this fantastic video by Gurinder Chadha director of Bend it like Beckham, cooking an aloo gobi under instruction of her mother and an aunty. It’s just hilarious – I can almost feel how much her mother wants to take over, but her love for her daughter is so evident too. Enjoy! 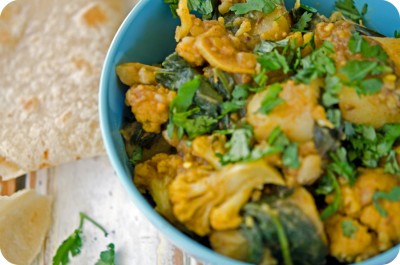