Deluxe Cottage Pie – for my father 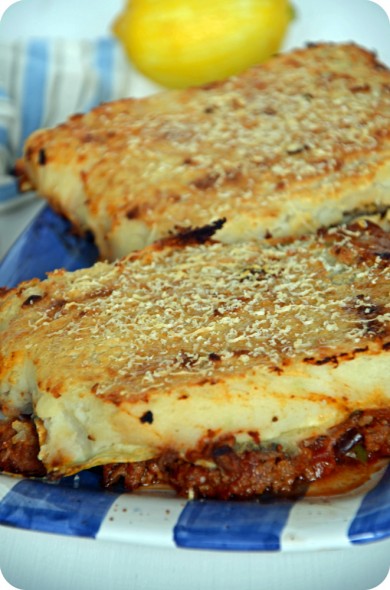 What is it that you hope for?

My entire life, I recall the mantra: “health, peace and happiness”. It became my quick-version prayer. Peace and happiness are the vaguer of the three, dependent on what each means to the individual. Good, clean sheets and comfy p.js make me happy, for example. As does the fragrance of lemons, skinned thinly.

They always say you take your health for granted, until you lose it. I’ve been aware of this since I was a child. My paternal grandmother, to whom I was very close lost a swift battle to ovarian cancer when I was 13. I’d sit in the dark on the verandah in our Pietermaritzburg home some nights, crying for her and hoping my parents would be safe. 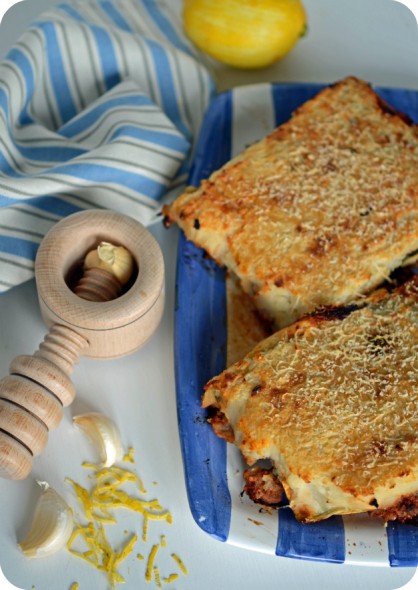 Are you eating well? Are you exercising? Watch the sugar, watch the starch. Keep it balanced. My parents probably know I’m going to say this, even before I get off the plane.

And then you get a call one day that your father is in hospital. It seems it’s meningitis, but it’s not. He had incredibly severe headaches and was alone at home in Pietermaritzburg. A family friend found him, disorientated and confused and dragged him to the doctor.

He opted to make the three and a half hour journey, driven by a friend to be at a hospital in a town where he and your mother are currently residing.

Your father had finally transformed his “double starch” diet in the last few years – he watched what he ate. He was healthy and mentally active. No one told him what to do. He was the architect of his future; he was the family’s refuge. The ultimate provider and comforter.

Now he needs machines to monitor his heart, to alert 24 hour nursing staff the minute his blood pressure rises. Anti-convulsive medication is pumped through his veins. He lies in bed, day after day, looking frail. Your father, who never rested a minute. Who rose at 5 am and went to bed after midnight.

He repeats the same stories, with a slur and an old-man’s voice you don’t recognize. Sometimes the stories are embarrassing. You close the flimsy curtains around his hospital bed.

“Let him speak”, your mother says, “Someday he may have nothing to say”.

Still, I want to apologise to the nurses, his neurologist, cardiologist, physiotherapist. I want to say, this isn’t my father. You don’t know him at his very sparkling best. I want you to know him at his most brilliant. That father who inspired fear in me when I was a child. That father who offered comfort and solace during accountancy examinations that went off ledger. The one who always assured me that when a door closed, another opened. He who enjoyed a debate about some small provision in the Constitution. A father who cried when I was in an accident (the same father who never cried at his own mother’s funeral).

He, with the clever jokes, the booming voice, the child-like wonder at everything, the person who spoke to anyone.

My father, who never showed fear.

And now, I am afraid. For my mother, for my father and the future.

I have spent the last week in a steadfast routine, arranged around the three hospital visiting hours, domestic tasks with my mother, work in between and a strange but deep sleep at night.

It seems you can never prepare for the loss of health, though I tried to in my prayers for years. Maybe, I am more prepared than I think.

Of course there are many materialistic things on my wish list – travels, dinners, kitchen toys, books.

But there is one very special item on my wish list this year. It’s tough though, knowing like I do, that there is no Santa. 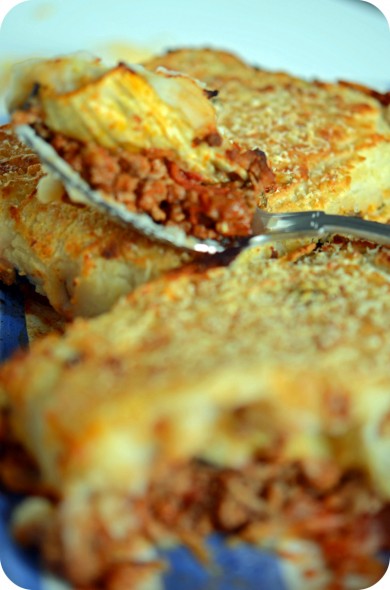 When we were young, my father had a special affinity for cottage pie. It was “English” food, and a culinary adventure for us. He spiced the mince layer up of course, to make it more palatable for our taste.

I had this deluxe version of cottage pie on file, and dedicate it to him. The mash is made with garlic, a type of Skordalia (Greek mash) and lemon zest. Between the mince and potato layer, lies a strata of pan grilled aubergine with sea salt and thyme. The mince layer is spicy. Naturally.

Maldon salt, to taste (any large flakes of salt will do) 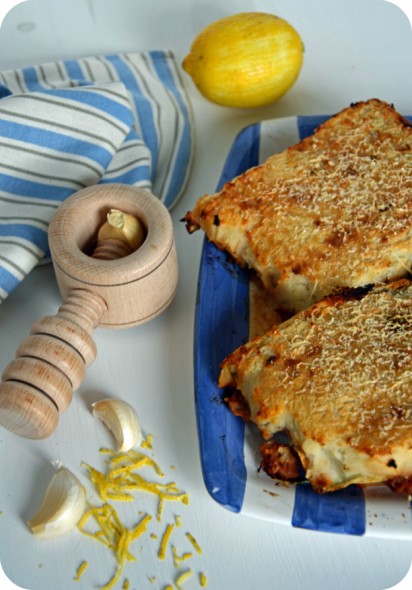 Parmigiano-reggiano cheese, to taste (or Parmesan)

Heat a large heavy based sauce pan on medium.

Add the olive oil and fry the onions till soft.

Add the mince and brown for 5- 6 minutes, stirring.

Drop the can of tomatoes and the sun-dried tomatoes in and mix. Add the sugar and salt.

Cook for 15-20 minutes, until the mince is cooked and the mixture thickens a little.

Add the chilli sauce as it’s cooking, and more if you prefer.

Brush a pan or griddle pan with olive oil and fry the aubergines on each side, until soft. Repeat, until all slices of aubergine are grilled.

Remove and set aside, sprinkle with sea salt and thyme leaves.

Mix the mashed potato in a large bowl with all the ingredients, except the cheese Turn the mixture over with a swift wrist action, using a wooden spoon to aerate.

Top with aubergine to cover the mince.

Bake for 15 minutes. Turn up heat to 210 degrees or higher and place dish under the grill, until cheese browns – 3 minutes or so. 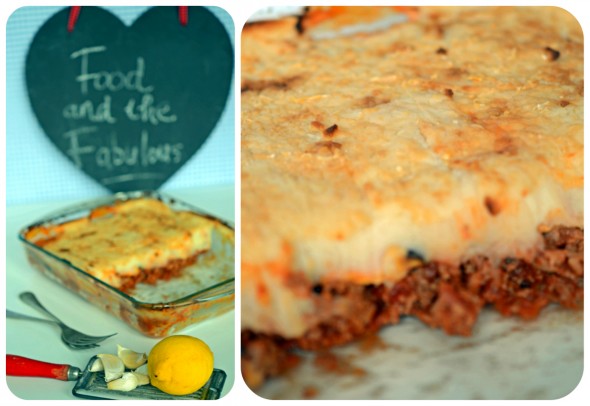