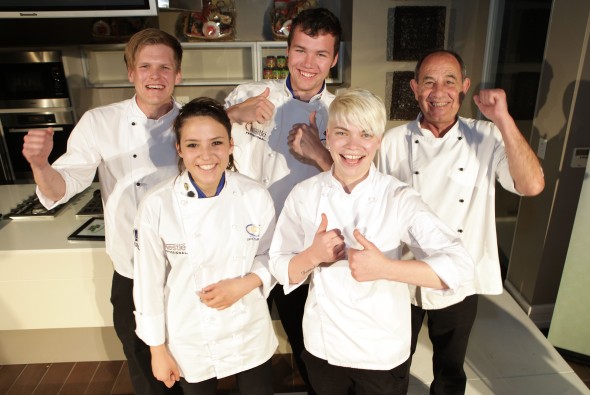 The Sunday Times Food Awards 2011, the 5th one to date was held at the Food Corp Innovation Centre in Black River Park last Thursday the 6th of October, and hosted by the very fabulous Nathaniel. 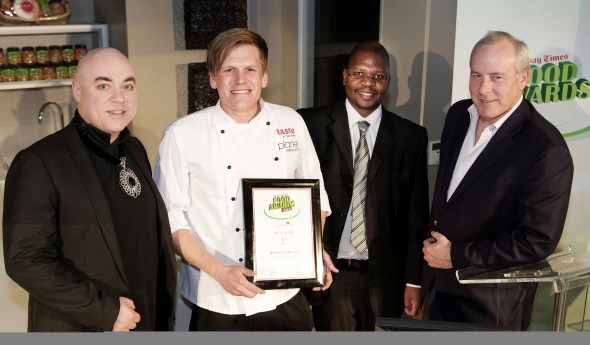 A very swish affair, the awards saw local journalists, food glitterati and Sunday Times affiliates mingling in the open spaces of Food Corp’s 7th Floor venue, sipping on bubbly and nibbling morsels served on trays by the friendly waiters of Dish Food as travelling canapes, quite the style these days. A sweet bar and a mash (as in potato with various toppings) martini bar provided a few foodie swoons. 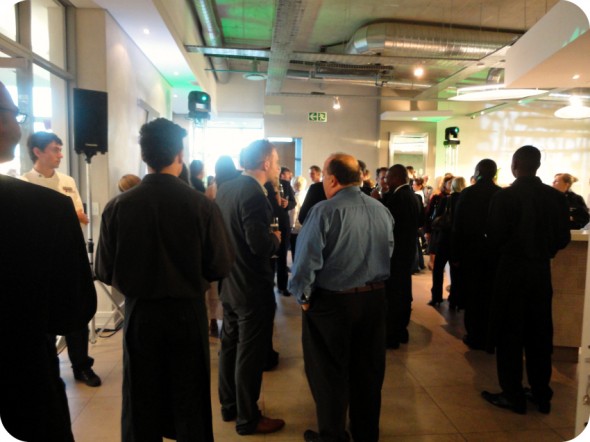 Contestants competed in four categories in a three day cookathon and the prizes this year were the best to date:

Justin Williamson, CEO of Foodcorp gave Nathaniel a little run for his funny-bone money during his speech and summarised that the Sunday Times Food Awards had become better with each year and he encouraged participants of all walks of life to enter the competition. 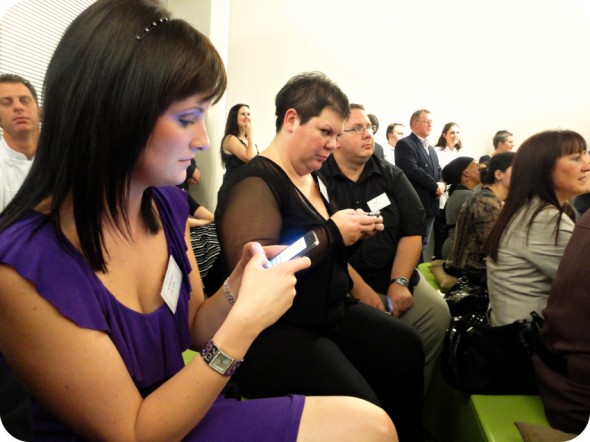 “The awards aim to recognise individuals within all areas of the food industry; whether they are at the start of their culinary career or have worked behind the scenes for many years,” says Jacqui Gunn, Avusa Media Business Manager. “It was great to see so many new names and faces, a whole new generation of chefs emerging into the limelight in the
hospitality industry. The competition is achieving what we set out to do five years ago in giving these chefs their moment to shine!”

I got the distinct impression that the awards were geared towards development and giving newer chefs or older ones  (many of whom work at top restaurants but are not head or soux chefs) a taste of victory, in the hope that it would inspire them to better and bigger things.
The stalwart category which awards kitchen staff with no formal training who are over the age of 35 and who perform the function of chefs, received a particularly emotional response from the crowd. Many people with whom I chatted afterwards, felt it is crucial that we give credit where it’s due and that often these ‘stalwarts’ are the people taking care of crisis situations in the kitchens when chefs are absent or service times are extremely hectic. Also the skills they have picked up during their practical training deserve merit. 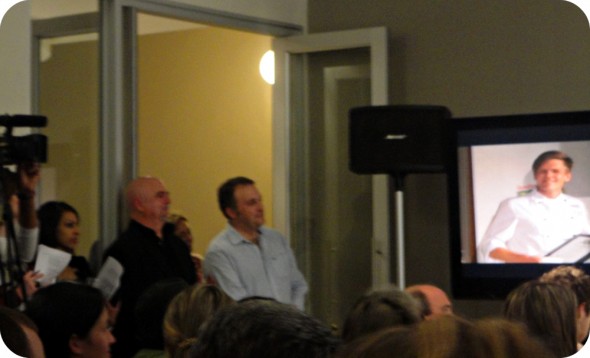 The very impressive top cash prize of R50 000 (won by Chef of the year Wynand van Rooyen) should be an inviting offer to contestants for the following year’s competition. The exposure and opportunities that this award brings is the main drawcard, naturally.
I was lucky to share a few words with chef Rudi Liebenberg, executive chef at the Mount Nelson and head of the sublime Planet Restaurant– he was flushed with pride and mentioned how proud he was of “his boy’ Wynand.
Luke Dale Roberts of the The Test Kitchen also cut part his service at the restaurant short and attended the awards to watch and applaud the young and talented Ashleigh Heeger receive Young Chef of the Year- no doubt, a touching moment for him too. 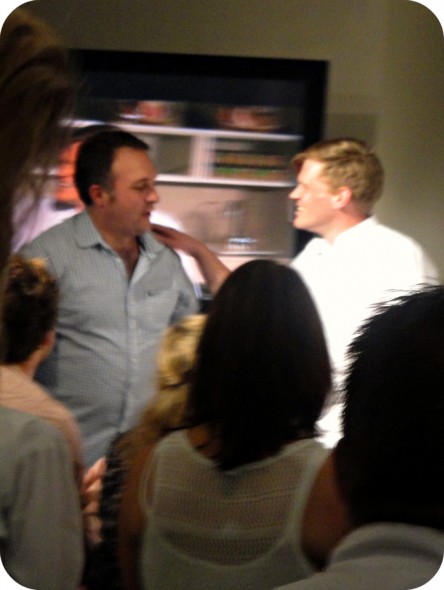 Rudi before he embraces his mentee Wynand

Mondli Makhanya, Editor-in-Chief of Avusa Media presented the awards. I’m certainly looking forward to next year’s award ceremony and hope to scope out the entrants long before.
This is Nancy Drew, signing off.

For more pics of the night, please visit my Facebook page