A King of the Zambezi Salute to the King of Barca

This post is featured on Barcelona The Offside blog: http://barcelona.theoffside.com/team-news/a-king-of-the-zambezi-salute-to-carles-puyols-500th.html

*Please note that as stated in my About page, I am an independent blogger and the views expressed and interpretations set out below are my own and not in any way affiliated to any person or organisation.

Many thanks to Sanctuary Sussi & Chuma, who have been very accommodating with my request. 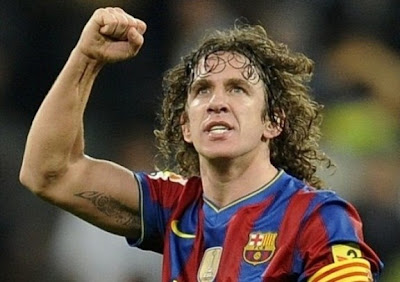 On Saturday, 13 November 2010, Spain and FC Barcelona’s Captain Carles Puyol played his 500th official game for the club, at home against Villareal FC. Anyone with half an eye on the football world would tell you that Puyol is renowned for his tenacity, dedication to training hard, even on holiday (one sees the ‘Pilates’ between training sessions tweets often) and his fierce loyalty to club (and country). At the oft considered ‘old’ age, in football terms, of 32, Puyi has worked his way through various positions and has now settled as a central defender, the lion- haired protector of the Blaugrana- feared, admired and much respected.

I did not watch the match.

The absolute horror, I know. I had a few days to make peace with it, prior to Puyi’s 500th, and before you feel too sorry for me, have a look at where I am currently. Some sacrifices, must be made.

Nevertheless, my Cule heart was with Puyol and Barca on the night of his milestone game, and with the kind permission of Sanctuary Sussi & Chuma in Livingston, Zambia I had the rare privilege of preparing a fragrant, spicy crocodile tail curry, with Chef Paul Ngoma, in honour of our beloved Captain’s 500th.

So, King of the Zambezi sacrificed, for the King of Barca!

I must add that a week ago, I was yet to taste crocodile and had my reservations about it. Whilst it is commonly available in Zambia in these regions, it remains a delicacy for me and many Africans. Both Chef Paul and I agree that crocodile meat can best be described as a cross between chicken and calamari. It is a white meat and the tail is succulent, but does get a little firm on cooking. 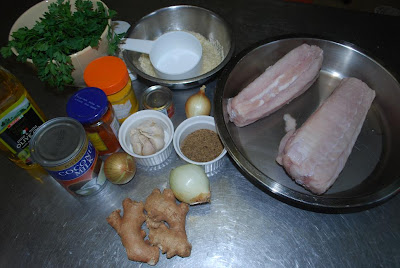 Fillet tail, remove fat and cut into bite-sized chunks. Fry ginger and onion on high heat, in a pan with 1 tsp olive oil, for 3-4 minutes.

Add turmeric and cumin seeds and fry for a further minute.

Add chicken stock (homemade, being the best of course) and cook for 4 minutes on medium tohigh heat. The liquid will reduce by 1/4, roughly 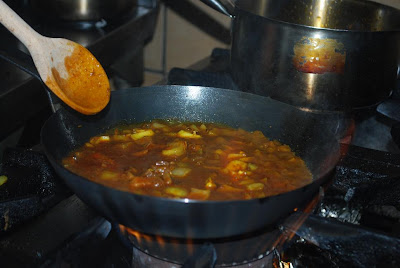 Strain and discard the onion/ginger/garlic. Add sauce to a saucepan and add tomato puree, curry paste and coconut milk, bringing to the boil on high heat. Remove after 1-2 minutes. Set aside.

Th opaque meat will turn white and then will brown slightly, releasing juices as the cooking process continues.

Transfer crocodile cubes to the sauce and heat on high, mixing for about 2 minutes. Season to taste with salt and pepper.

Serve with basmati rice and coriander to garnish.

A quick to prepare, spicy curry- a delicious and luxurious twist on everyone’s favourite: the curry. 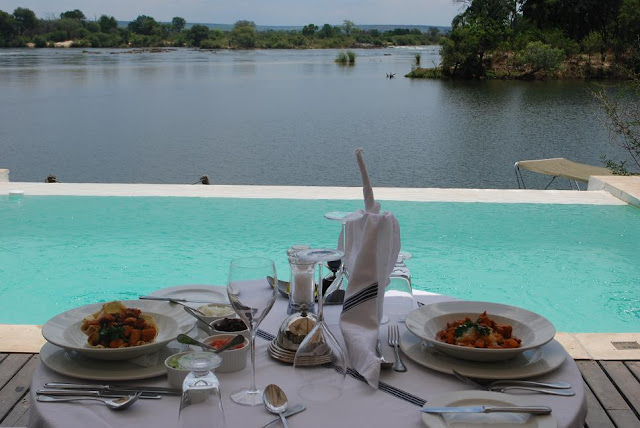 Deck at the pool overlooking Zambezi River at Sussi & Chuma

Chef Paul’s story is touching but not an uncommon one in these parts. Originally from the Eastern Province in Zambia he started out working in housekeeping and showing a keen interest, had the opportunity to work in the kitchens and eventually receive hands-on training as a Chef. He worked at other camps and lodges before moving to Sussi & Chuma in 2004, as their head Chef.

Sussi & Chuma prides itself in employing local people and educating the surrounding communities about their natural environment and the value of conservation. Incredible investment is made by the lodge to local villages, with a current vegetable garden project and hammer mill being installed and managed in the village that we visited yesterday. All produce sourced is seasonal and local, as far as possible, with the rest arriving from the capital city Lusaka.

As can be expected, improvisation in the kitchen must be made: for example, parsley was substituted for coriander (a delicate herb at the best of times), in the curry we made.

If you knew how hot is is here ( temperatures of 34-38 degrees Celsius at this time of year), the poverty that local people endure, just meters from the luxury of the lodge, you would also see the value in substitution and improvisation with ingredients and menus. But, we have been left wanting for nothing. I’ve tasted the most delicious breakfast scones made with chocolate chips, for example, served warm from the oven- a welcome break from the scone with fresh cream and strawberry jam, a divine chunky basil pesto made with roasted pecan nuts,a chilli jam made by the Chef- a bottle of which he kindly prepared for me to take home.

Should you wish to know more about the upliftment programmes that Sussi & Chuma are running, and /or would like to contribute please do not hesitate to contact Anald Musonza at gmsch@sanctuaryretreats.com 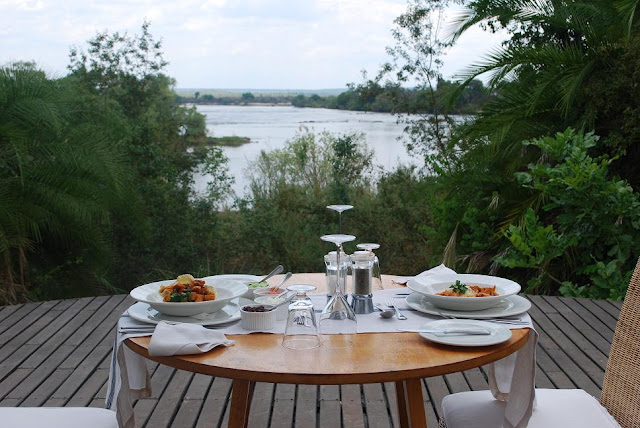