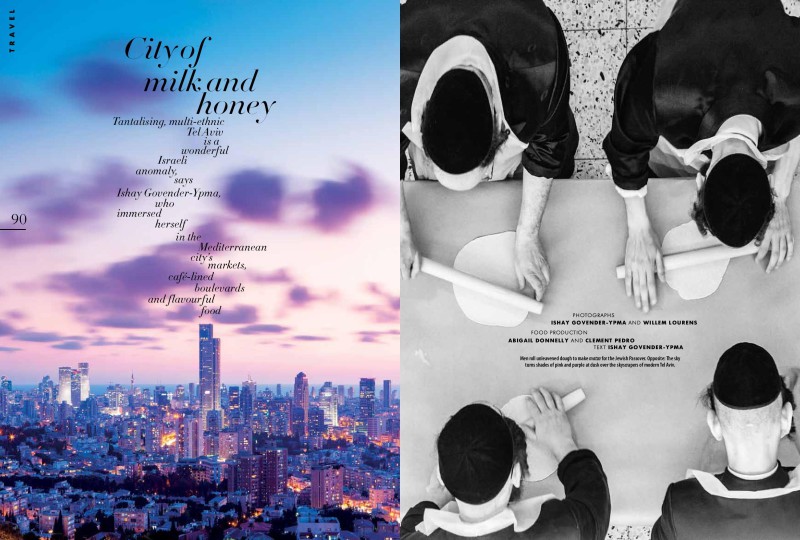 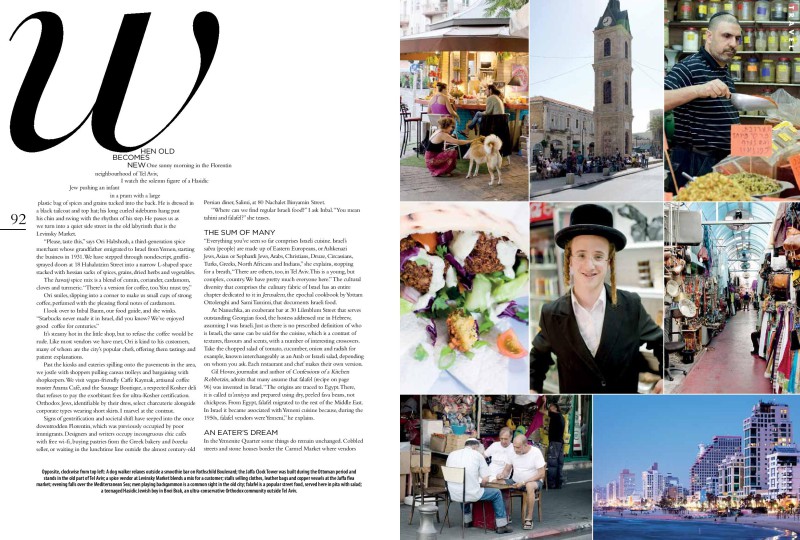 Steadfastly independent, Tel Aviv remains a wondrous Israeli anomaly. The city is a composite of liberal attitudes, chic café-lined boulevards, rowdy bars and the evergreen staples of its multi-ethnic immigrant population. I went to get a closer look at the food and the people who make up the fabric of the city. 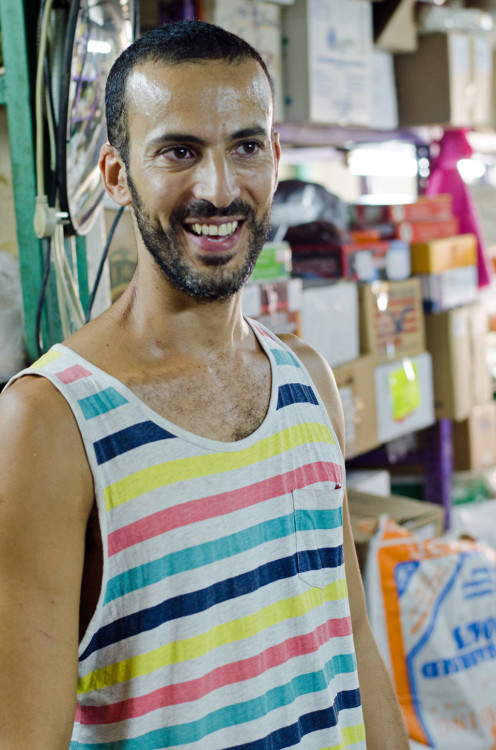 One sunny morning in Florentin, I watch the solemn figure of a Hasidic Jew pushing an infant in a stroller with a large plastic bag of spices and grains tucked into the back. He is dressed in a black tailcoat and top hat; his long curled sideburns hang past his chin and swing with the rhythm of his step. He passes us as we turn into a quiet side street in the old labyrinth that is the Levinski market.

“Please, taste this,” says Ori Habshush, a third generation spice merchant whose grandfather emigrated from Yemen, starting the business in 1931.We have slipped behind nondescript weathered green doors sprayed with graffiti, into a narrow L-shaped space stacked with hessian sacks of spices, grains, dried herbs and vegetables. 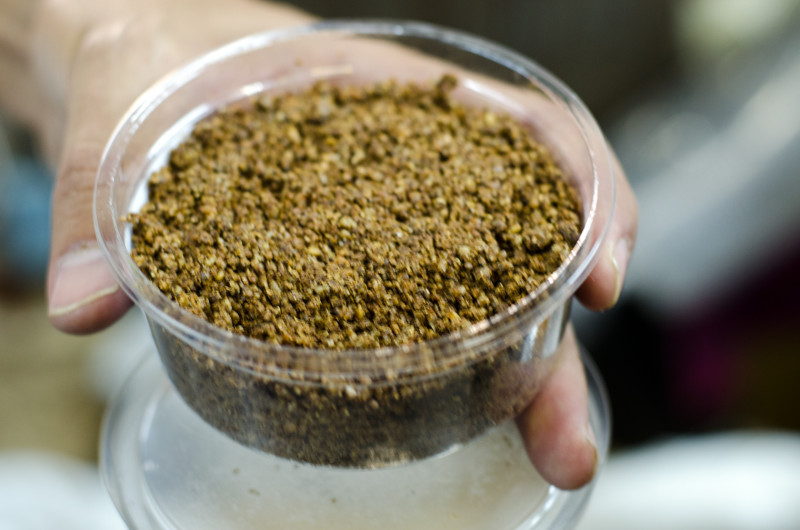 The hawaij spice mix is a blend of cumin, coriander, cardamom and cloves and turmeric. “There’s a version for coffee too. You must try,” Ori smiles, slipping into a corner to make us small cups of strong coffee, perfumed with the pleasing floral notes of cardamom.

I look over to Inbal Baum, of Delicious Israel,  our food guide, and she winks. “Starbucks never made it in Israel, did you know? We’ve enjoyed good coffee for centuries,” she elaborates. 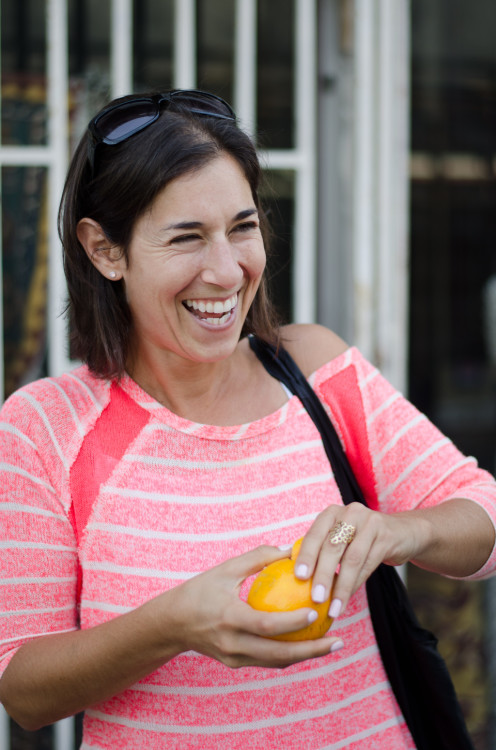 It’s cloistering and steamy-hot in the little shop, but to refuse the coffee would be rude. Ori, like most vendors we have met, is kind to his customers, many of whom are the city’s popular chefs, offering tastings and patient explanations.

Past the kiosks and eateries spilling onto the pavements in the area, we jostle with shoppers pulling canvas trolleys and bargaining with shopkeepers. We visit a vegan-friendly café, artisanal coffee roaster and a respected kosher deli that refuses to pay the exorbitant fees for ultra-kosher certification. Orthodox Jews, identifiable by their dress, and short-skirted corporate-types select charcuterie. I marvel at the contrast. 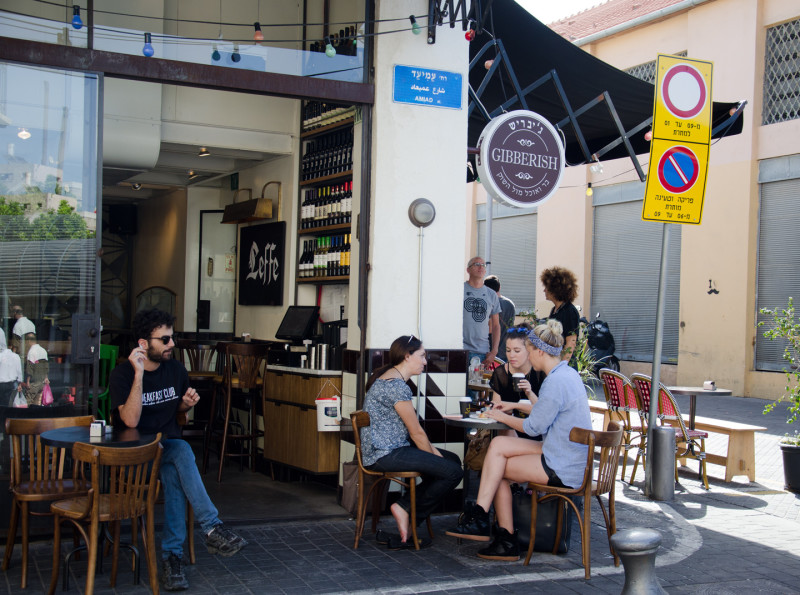 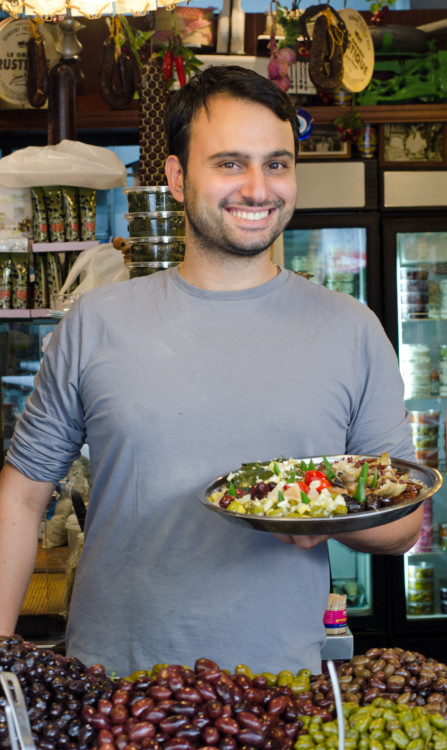 Signs of gentrification and societal shift have seeped into the once downtrodden Florentin, previously occupied by poor immigrants. Designers and writers occupy incongruous chic cafés with free Wi-Fi, buying pastries from the Greek bakery and boreka seller or waiting in the lunchtime line outside the almost century-old Persian diner, Salimi.

‘Where can we find regular Israeli food?” I ask Inbal. “You mean tahini and falafel?” she teases.

The Sum of Many

“Everything you’ve seen so far comprises Israeli cuisine. Israel’s sabra [people] are made up of Eastern Europeans, or Ashkenazi Jews, Asian or Sephardi Jews, Arabs, Christians, Druze, Circassians, Turks, Greeks, North Africans and Indians,” she explains, stopping for a breath, “There are others too in Tel Aviv. It’s a young but complex country. We have pretty much everyone here.” Earlier that week at an exuberant bar that serves outstanding Georgian food, the hostess addressed me in Hebrew, assuming I was Israeli. 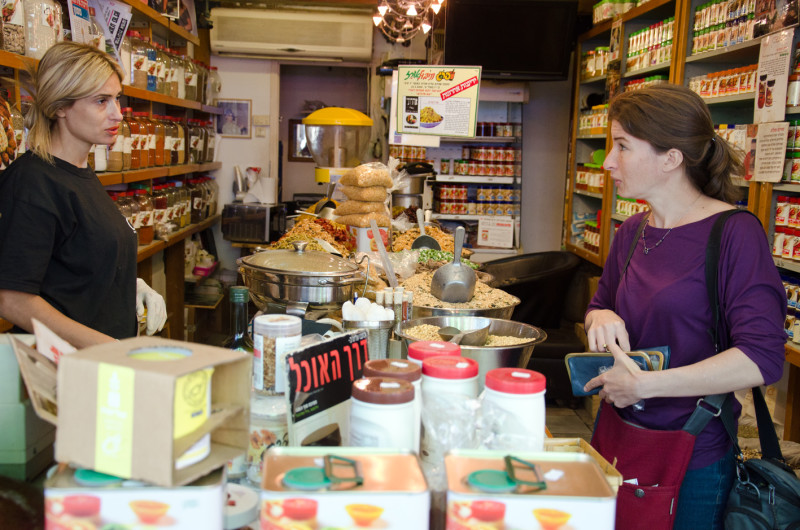 Just as there is no prescribed definition of who is Israeli, the same can be said for the cuisine, which is a contrast of textures, flavours and scents, with a number of interesting crossovers. Take the chopped Israeli salad of tomato, cucumber, onion and radish for example, known interchangeably as an Arab salad, depending whom you ask.

In their epochal cookbook, Jerusalem, documenting Israeli food, Yottam Ottolenghi and Sami Tamimi allocate a chapter to explaining the cultural diversity that comprises the culinary fabric of Israel.

Gil Hovav, journalist and cookbook author (Confessions of a Kitchen Rebbetzin) admits that many assume falafel was invented in Israel. “The origins are traced to Egypt. There, it is called ta’amiyya and prepared using dry, peeled fava beans, not chickpeas. From Egypt the falafel migrated to the rest of the Middle East. In Israel it became associated with Yemeni cuisine because during the 1950’s, falafel vendors were Yemeni,” he explains. 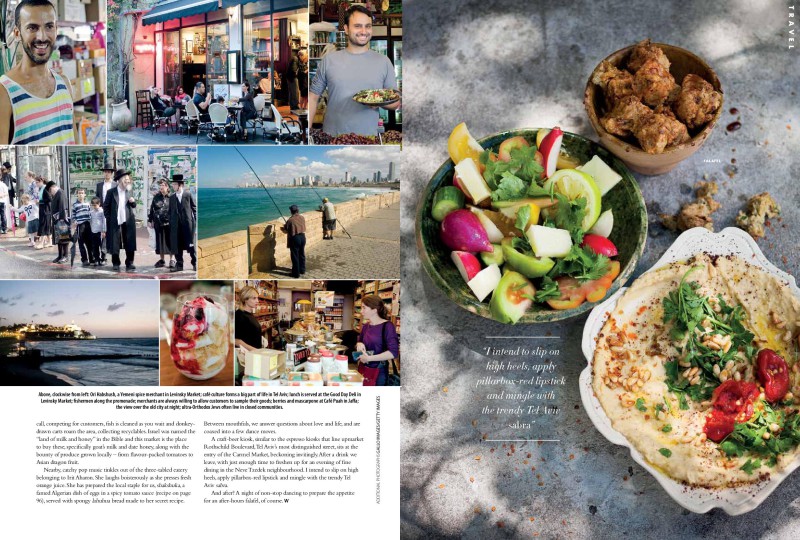 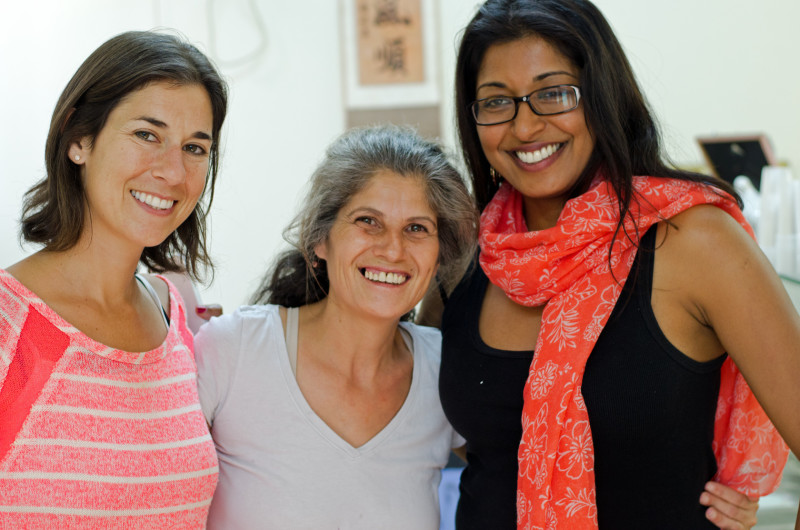 In the Yemenite Quarter some things do remain unchanged. Cobbled streets and stone houses boarder the Carmel Market where vendors call out, competing for customers, fish is cleaned as you wait and donkey-drawn carts roam the area, collecting recyclables. Christened the ‘land of milk and honey’ in the Bible, specifically goat’s milk and date honey, the market is the place to buy these and the bounty of produce grown locally. Everything from flavour-packed tomatoes to Asian dragon fruit.

Nearby, catchy pop music tinkles out of the three-tabled eatery belonging to Irit Aharon. She laughs boisterously as she presses fresh orange juice. She has prepared us the local staple, shakshuka, a famed Algerian dish of eggs in a spicy tomato sauce, served with spongy lahuhua bread made with her secret recipe. Between mouthfuls, we answer questions about love and life, and are coaxed into a few dance moves. 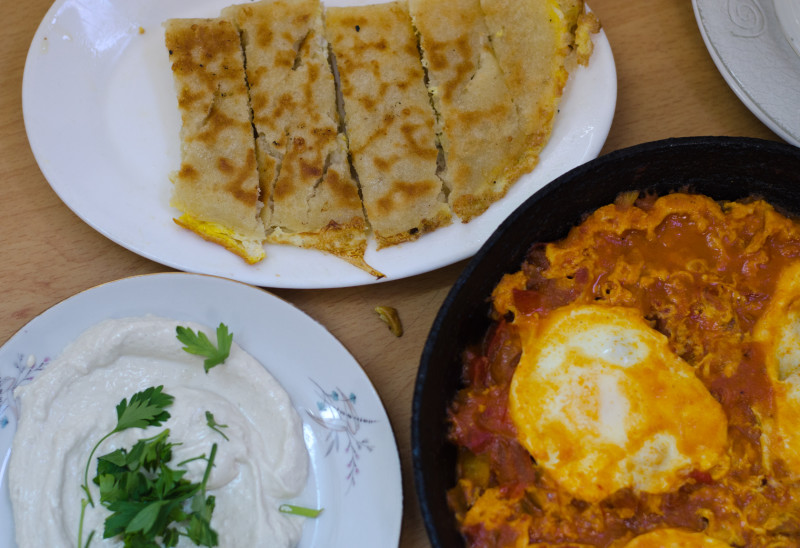 A craft beer kiosk, similar to the espresso kiosks that line upmarket Rothschild Boulevard, Tel Aviv’s most distinguished street, sits at the entry of the Carmel market, beckoning invitingly. After a drink we leave, with just enough time to freshen up for an evening of fine dining in Neve Tzedek. I intend to slip on high heels, apply pillar-box red lipstick and mingle with the trendy Tel Aviv sabra.

And after? A night of non-stop dancing to prepare the appetite for an after-hours falafel, of course. 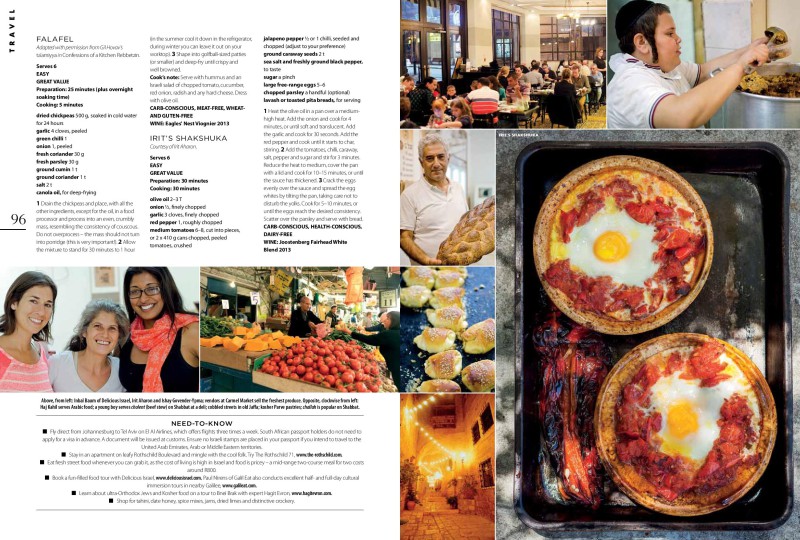 . salt and pepper to taste

1. Drain chickpeas and discard of soaking water. Place together with all other ingredients except for the oil in a food processor and process until an even, crumbly mass, resembling the consistency of couscous. Do not over process – the mass should not turn into porridge (this is very important!).

2.  Let the mixture be for half an hour to 1 hour (in the summer cool it down in the refrigerator, during the winter you can leave it out on your worktop).

3. Shape into golf sized balls (or smaller) or dense disks and deep fry until crispy and well browned. 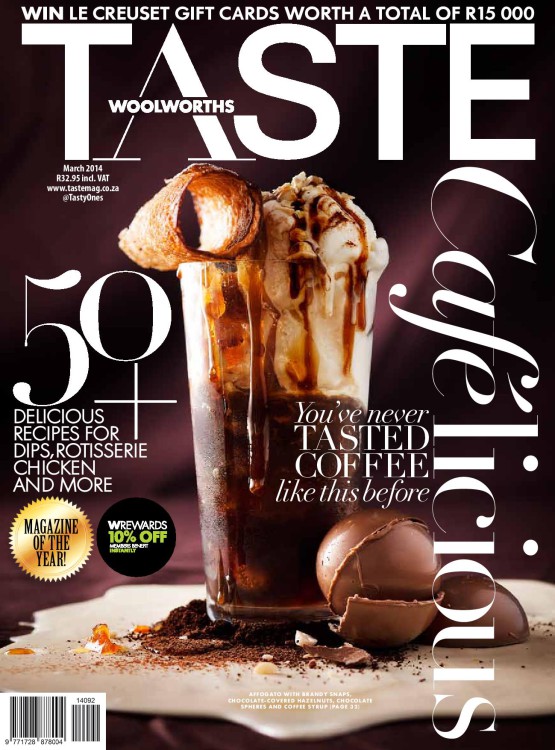 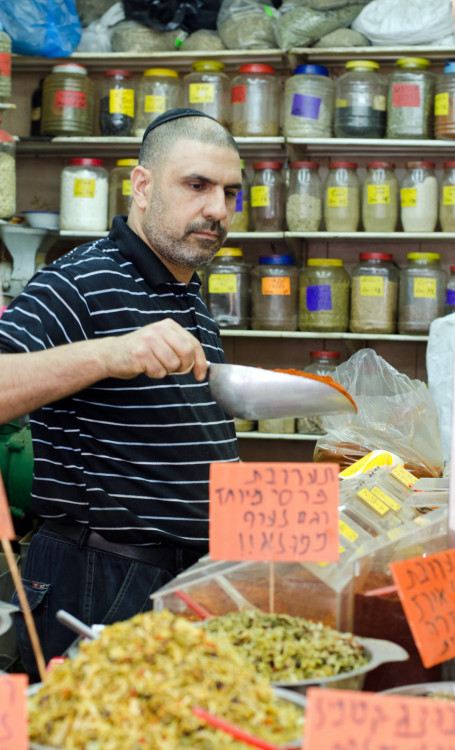 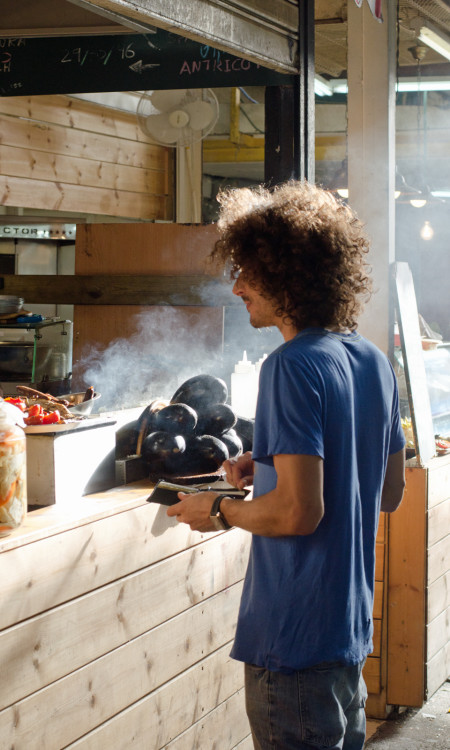 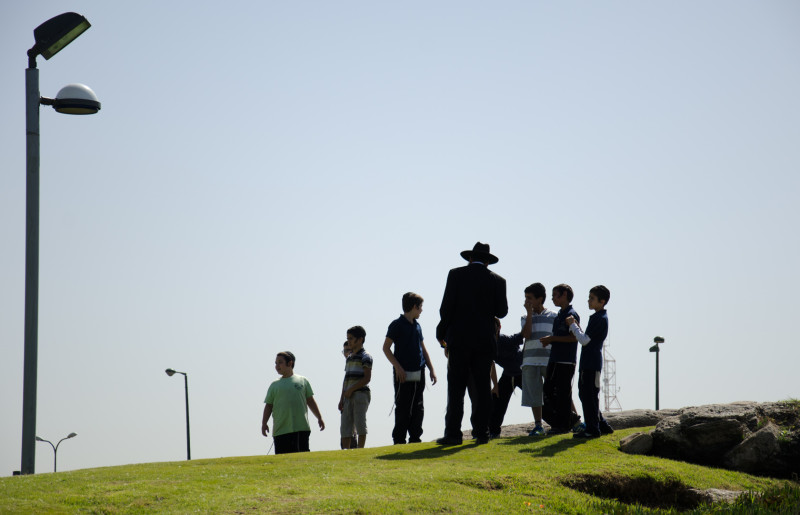 games near the promenade 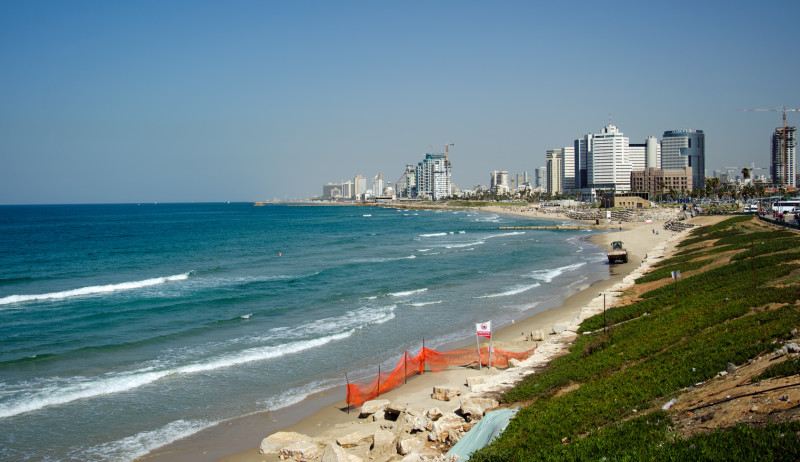 views from the promenade 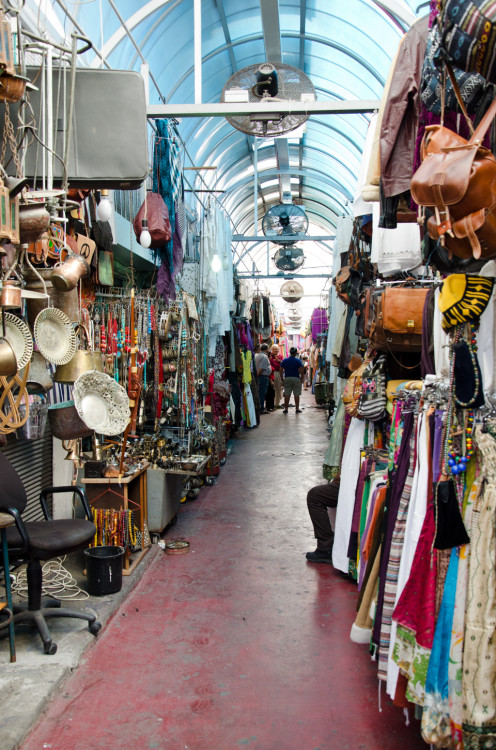 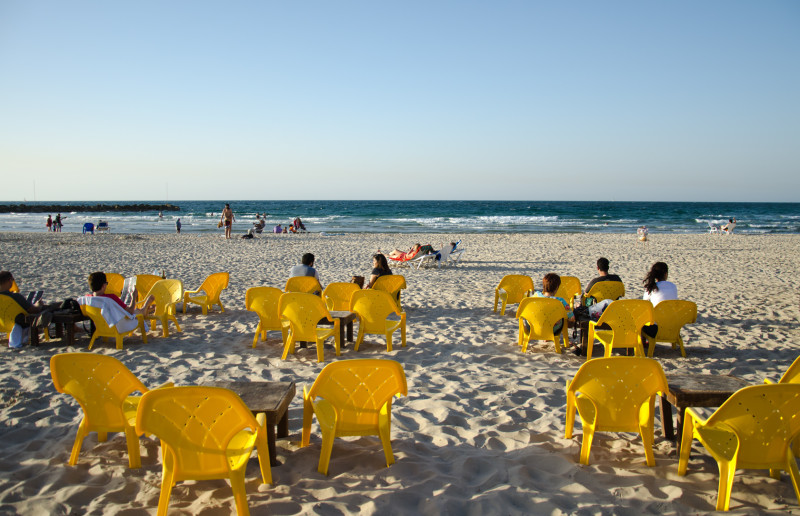 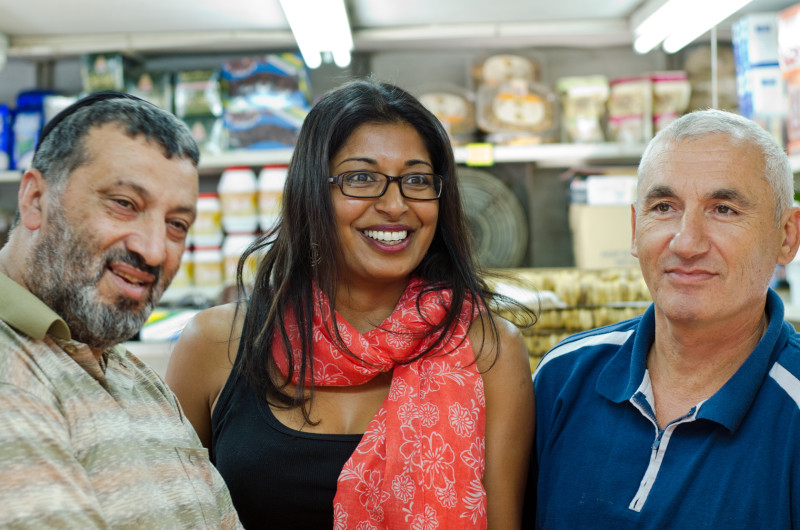 with charming vendors at Levinsky

With sincere thanks, for recommendations and their time: NPO Kinetis Israel, talented and generous Sarah Melamed of Food Bridge and my friend Inbal Baum, the gold standard in food guides.