Vining and Dining – Vine the best thing since sliced bread?

Vine – an amazing tool for the food bloggers, cooks and eaters

(To be clear: I am a semi-technophobe but, miraculously, an ardent social media advocate. Read my piece on Social Media and the Food World here. I’m Food and the Fabulous on Vine) 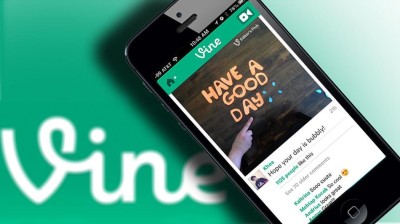 “Hi, I’m Ishay. I cook, I eat, I speak a lot about food culture and nostalgia and sometimes I blog. I am utterly enamoured with six second videos too.”

I’m speaking about Vine App, Twitter’s video application for iPhone and iPad. You’ve got six seconds to present your message and while at first you’ll be tempted to pan from one end of the room to the next, and consequently ‘spend’ your six seconds, what can be achieved is incredible! And, these videos play on a loop.

If they say a picture tells a thousand words (a concept, as a writer, I accept but don’t leap with joy at the thought of), then imagine what a combination of visuals, words and music, if correctly placed can do!

I’ve been using Vine for 57 days now and I believe it launched in mid January 2013. I have much to learn and am looking for a gadget to hook the iPhone to a tripod – steady hands make all the difference.

This is an example of a Vine video; I’m braising the spices for a yellow split pea dhal and show a few shots of the ingredients and preparation process.

For sound on the videos, open in separate window and unmute

In this video I share some of the ingredients I was using that evening: butter, chocolate, coffee granules, flour – I was testing about five different brownie recipes. It’s a spontaneous process in my case, and how it’s filmed evolves as I press go.

I am inspired by the visionaries, creatives and comedians who have found themselves a new outlet for expression, and who are gathering followers and fans like it’s going out of style. Except, it’s only beginning. More about these inspirationals in a bit.

Twitter’s CEO Dick Costolo in an interview about Vine, told the Wall Street Journal, “We all agreed that this is the next thing down the road.”

For three months I’ve been saying a little yes on the inside when I’ve interviewed local digital leaders, hoping their answer would be the same.  Mashable reported:

“Vine’s secret weapon is a combination of being simpler to use than most video apps and the fact that it has one of the biggest social networks in the world as a parent company and platform. “It’s really beautifully integrated with Twitter and there’s a new level of simplicity around video capture that they hit on that has made it intriguing to people,” said Pam Kramer, president at Lightt and a former VP of consumer marketing at Twitter. “I think it moved a step ahead from integrating a still photo to integrating something more dynamic.”

How’d they do that?

Without fail, Meagan Cignoli, has me cooing at her eye for the beautiful, her exquisite timing and perfectly lit Vines. She’s also most gracious about compliments and interacts with other users. Alright, end swoon now. Meagan is one of the Viners entering the Tribeca Film Festival, which has opened a section especially for these six second videos.

Jason Coffee and his very photogenic family live in Hawaii, with their beautiful pup Bean and are winning hearts over with their perfectly timed lip-synching, wholesome skits and ‘puppetman’ Vines, where Jason’s hand seems to maneuver the kids like puppets. It’s amazing to watch – I haven’t yet figured out how it’s done. A magic lens, a special app, an old ‘blind spot’ trick. I know Jason isn’t the only one doing these now. Maybe someone email me the answer? I’ll be a’waitin’ by the phone!

Lip-synching – a reference to Sweet Brown, bless her

Many of the more popular Viners like Chris D’Elia, a stand up comedian and Micheal LoPriore use part of the six seconds to set up a scenario and the last bit for the twist in the tale, punchline or aha moment when the viewer either sympathises, agrees or is shocked by the conclusion – all very funny, not all of it P.C though.

Chris D’Elia does, amongst other things, a series of observations called “Excuse me, Sir…”

Michael LoPriore, if he isn’t stumbling around the house, performing sketches with his brothers or playing ‘waffle frisbee’, he gets into charcater with Nerd Ned:

Other popular Vine follows include: Pinot, Khoa, Nick Mastodon ,Big Red, and Nicholas Megalis who created the hashtag #singwhatyousee – even got me to sing on Vine. These are their Twitter handles.

You can watch all my vines here.

A pause for the irony that I’m presenting you with Vine tips, as I’ve got much to improve. For what it’s worth here’s what I’ve learned through many hours and days of playing around:

If you’re on Vine, come say helleh: Food and the Fabulous

Are you are food or travel blogger or writer on Vine? Let’s connect. Also, please add your tips – would love to learn.