Grey Hairs before the Storm

Grey Hairs before the Storm – on aging without grace 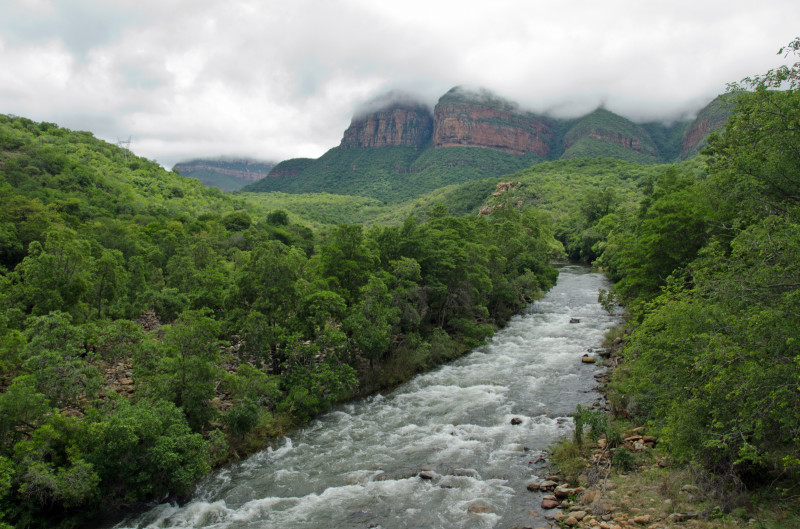 The first time I see a grey hair on my head, it’s already a ragged 15 centimeters long, and has to be yanked out for me to believe it. The washed out grey gives way to a rusty brown and then the last inches are the regular black, curling into a twist with the rest of the strands. Curly is the natural style I’ve been wearing for the last quarter of the year, for the sake of the “health” of my hair – no heat from blow-drying and flat irons, no clogging up the shafts with flamboyant styling lotions and excessive anti-frizz potions that try to keep the straight in, and the kink out. I’d no idea that my hair was so relaxed, so at ease with its core and the world, that it would decide that making the raven pigment needed to keep my style uniform, would be too much of a bother.

Yes, there was another grey sister-in-arms. Good things happen in twos, they say. Rather, that’s what I utter to ease the swelling incline of panic heating up my throat and filling my head with a wobbly giddiness. To be fair, I have half-heartedly been anticipating this day.

This inauspicious moment happened yesterday, around one pm (when other civilised folk are at lunch) at a viewing point at the Blyde River Canyon dam. It’s a good thing that the Blyde, which means happy in Afrikaans, collides with the Treur River, which is its absolute antonym, meaning mourning. Add grief and sorrow, stir to mix. Or in my case, whisk all three rapidly into a single serving, and down like a cheap Uni tequila. Shudder. 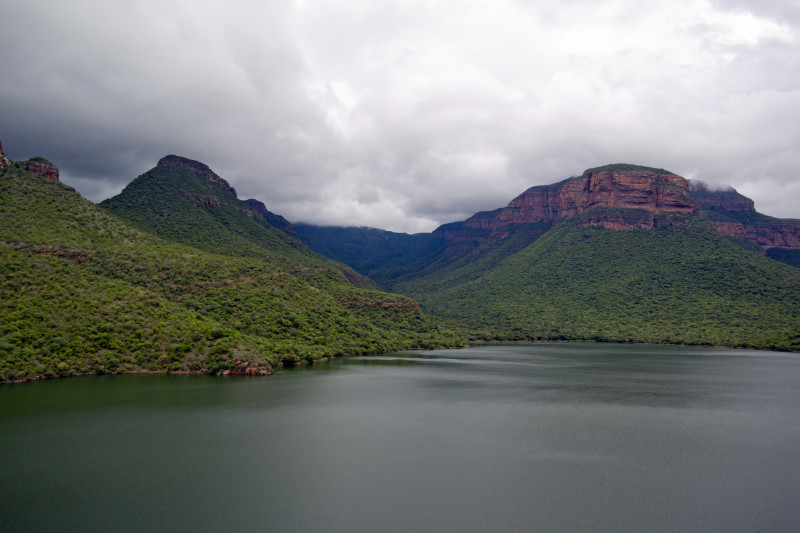 The two rivers, Blyde and Treur like equal debits and credits cancelled out their loaded meanings, keeping my fragile ego buoyant on the roughly pocked ride over flood-lashed roads back to the game lodge. Rains whipped down, water swelling in dangerous circles, bursting through rivers and carving paths through silt-roads that caved under the unyielding pressure. The road, we soon realised, could actually wash away.  Mpumalanga is not for sissies. But, what of my new greys?

“Colour your hair,” he said.

Wash that damn grey away is a sensible solution, I agree. I take issue to aging. I’ve struggled and fought and crumbled over this for a while. I reserve the right to do nothing about it too (not exercising my thickening 35-year old, going on 36 frame, no invasions, lasers, treatments, suction and such, not even basic make-up, yet), but it has always made me feel uneasy. It isn’t vanity, nor the willingness to grow up (I was 15 going on 40 as a youngster), but the debilitating knowledge that time has passed and for all its sweetness, I’m not convinced the chapters have played out the way I thought. Ungrateful? I guess it may sound that way. Uncertain? Indubitably. 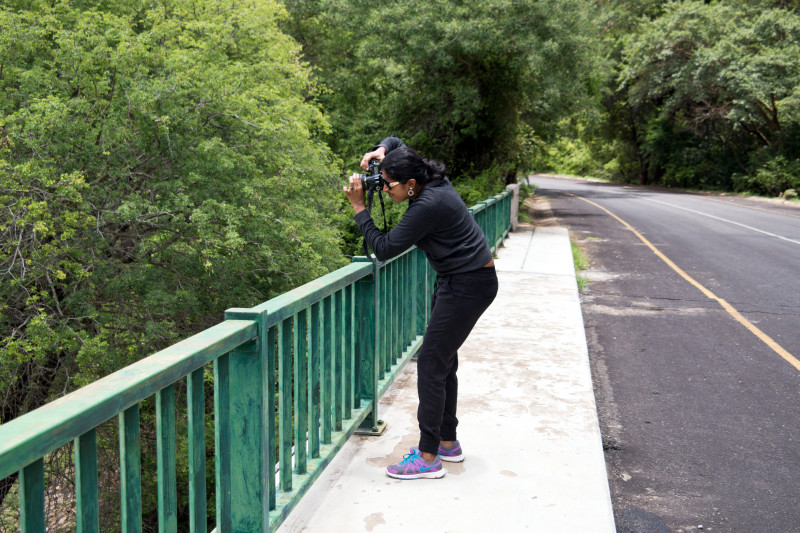 Something happened on the way to lunch

I am the nightmare to the rosy-dream that is the band of optimists – “40 is the new 20”, they declares merrily. And off they go, skydiving, having another baby, cartwheeling into a youth never lived, or relived. “What other option, is there?” states the 65 year-old, “At this age, you celebrate every day as a victory and you embrace it [Ed: with the arthritic knobby knuckles].” That’s a tight grip, tiger.

Look, I’ve also read The Secret once upon a blue mountain, I’m well aware of the power of positivity in becoming the being you wish to be. A pliant, graceful ager, for example.

I’m not a grump, though I sometimes declare it generously to make the bubbly-troop more at ease with my lack of constant effervescence. I placed the two greys in my diary. A cemetery amongst words seemed apt.

Thing is, once you create a page, or ditch for one grey hair, you need to dig up an entire gravesite in readiness. Everyone knows that. And so, we colour our hair, and take up yoga to keep our old limbs limber, we stay in youth hostels (who’s going to dare disagree with the joyfulness of a spirit who feels young…at heart!), we motor forward, former greys and all. It’s what the go-getters, graspers of sweet opportunity do. There are more serious, more urgent and less ego-centric issues – families to care for, bills to smoke, assignments to complete, bosses to appease, worlds to change, more we can do with our lives than lavish entire moments moping over wayward hair follicles. Right?

I know that’s what’s expected. I feel worse because of it. In a way I’ve let humanity down by grieving over this physical initiation into the other side. Haven’t we learned the grass isn’t always greener, and all that jazz?

Yesterday I went grey. Beneath a thrashing thunderstorm, I drank glasses of Pinot Noir in a tent (confession: tent makes me sound adventurous and resourceful, an I’ll-rough-it type…I don’t want to mislead you). I woke up (no headache, it was Creation, if you must know), and I forgot about the hair. Until I started writing this.

I unearthed it from its page-bound resting place. The hair reminded me of my grandmother. Hers was very fine, and straight in contrast; as pale as the snow on the Drakensberg mountains, just stained with the merest hint of turmeric. She died within three months of an ovarian cancer diagnosis, shrinking into a skeleton that urgently demanded amends with her foes, begging for forgiveness for the wrongs she had thoughtlessly committed through her life. Her limp hair clung to her hollowed face.

I felt sad when I looked at the grey hairs. I missed her. I thought about her fresh newspaper-covered dinner table (ideal for crab curry meals with the cousins), her coconut oil hair massages and her attempts at washing my unruly curly hair – once on a small metal washing board, while I sat in a plastic basin of warm water in her bathroom. I thought I’d never live it down. She joked that I had the hair of a horse, dousing it with Timotei shampoo. I recall the horror I felt, the sheer embarrassment mixed with hopelessness when I realised that she could not read. Her fingers traced the letters in an article slowly, and I watched her from the corner of my eye. How old was I? Eight with gleaming black coconut-oiled hair in two tight braids? It was too late to change her fate; there are actually things that resources and knowledge, no matter the desire, cannot change, I’ve learned. Complications that twist deeper into history – to lists and ships, and places so far away no one remembers the names. She’d lie in her coffin with dull grey hair, never knowing certain ways that were deemed not to belong to her lot. 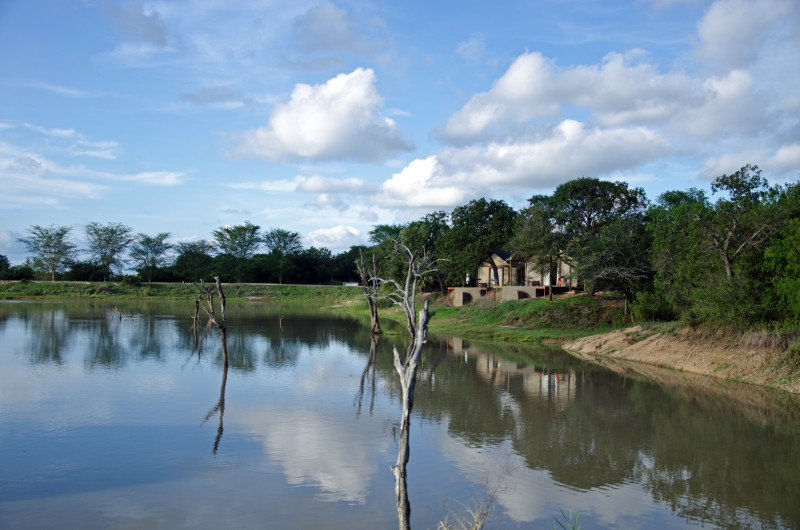 It’s a beautiful world, some of the time

It’s a f*cking unjust world, I said to him and he stroked my arm with no experience that is similar to offer, apart from a head that has at least 20 more greys than mine. He’s always so competitive.

My grey hairs live in these unfinished things, the unspoken, in a world that I must still claim, with my peace yet to be made. I have no idea if I will get to that place that I am wisely told I should be at, by those who know better. Perhaps challenges and suffering will batter me into a more acquiescent state. I know all too well the art of humility brought on by a giant fall. I tripped in front of all the candidate attorneys at the fancy firm I worked at, during our initation course. I landed on my face, and my cheap high-heels slipped off my feet. Putting your Zoom shoes back on in a room full of neatly suited smart people is far worse than falling down in front of them.

The grey hairs have started a little whirlwind I feared they would. But I’m not naive, I  cannot deny them – and the million sister march that they intend to do on my (large) head. I may not have my welcoming committee (or ideal hair colour) ready with raspberry Bellinis in hand to receive them just yet, and I may never have.

Just for today, I’ll sit here listening to the cicadas bellow a mourning song, and wallow in that luxury of self-pity before the storm. 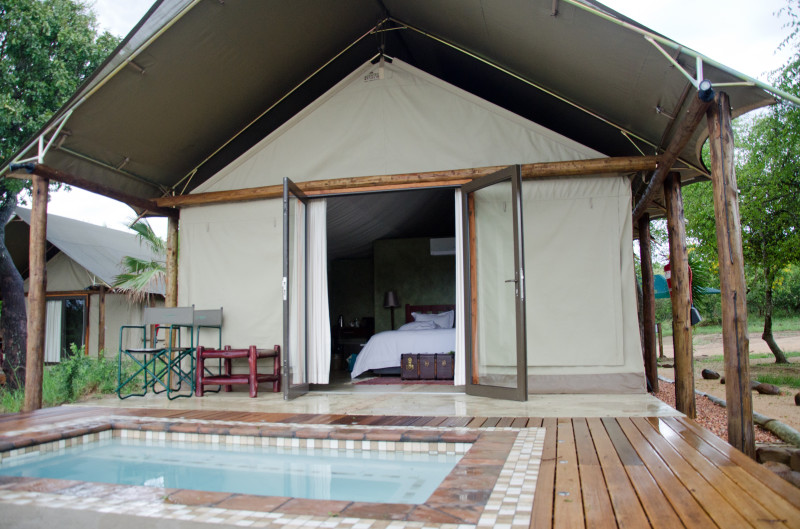 the tent – to be clear