Drive the country from coast-to-coast searching for the best in street food, cheese, convent pastries and cannoli. Ishay Govender-Ypma explores Sicily on a culinary road trip. This article was written for SAA Sawubona inflight magazine, June 2017. 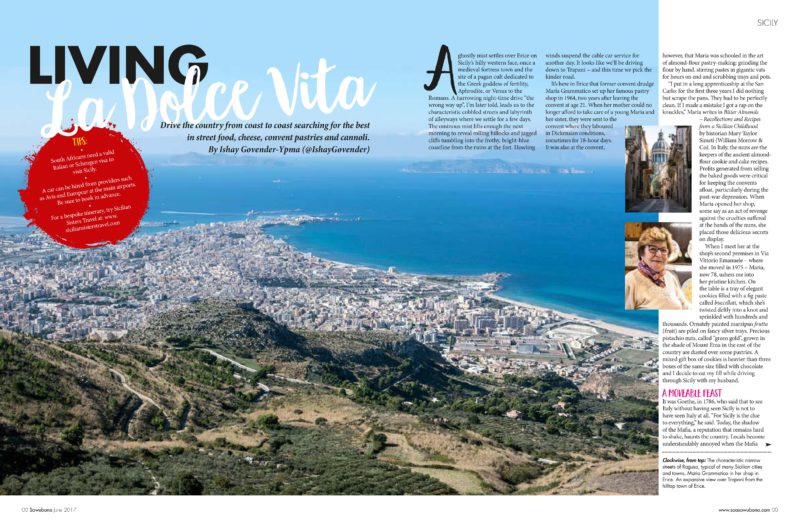 A ghostly mist settles over Erice on Sicily’s hilly western face, once a medieval fortress town and the site of a pagan cult dedicated to the Greek goddess of fertility, Aphrodite, or Venus, to the Romans. A harrowing night-time drive “the wrong way up”, I’m later told, leads us to the characteristic cobbled streets and labyrinth alleyways where we settle for a few days. The next morning the ominous mist lifts enough to reveal rolling hillocks and jagged rocks tumbling into the frothy, bright-blue coastline below from the ruins at the fort. Howling winds suspend the cable car service for another day. It looks like we’ll be driving down to Trapani – this time, we pick the kinder road. 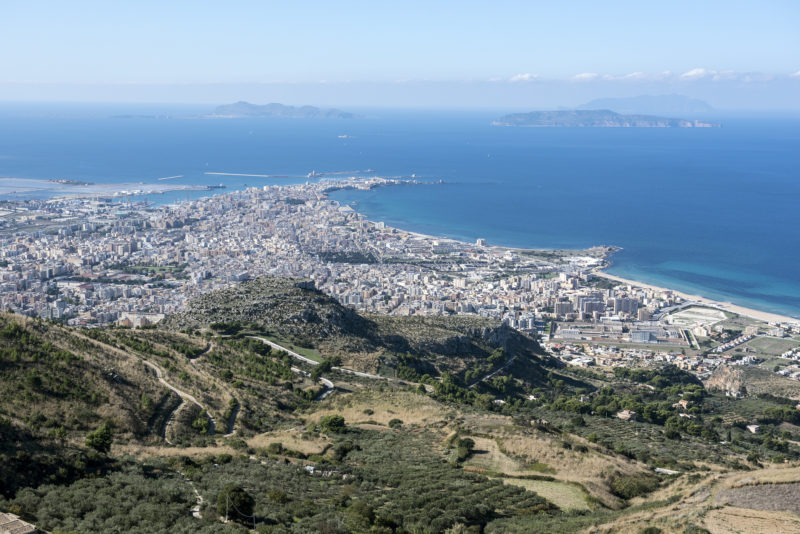 It’s here in Erice, that former convent orphan, Maria Grammatico set up her famous pastry shop in 1964, two years after leaving the convent at age 21. When her mother could no longer afford to take care of a young Maria and her sister, they were sent to the convent where they laboured in Dickensian conditions, sometimes over 18-hour days. It was also at the convent that Maria was schooled in the art of almond pastry making; grinding the flour by hand, stirring pastes in gigantic vats for hours on end and scrubbing trays and pots.

“I put in a long apprenticeship at the San Carlo: for the first three years I did nothing but scrape the pans. They had to be perfectly clean; if I made a mistake I got a rap on the knuckles,” Maria Grammatico says in in Bitter Almonds – Recollections and Recipes from a Sicilian Childhood by historian Mary Taylor Simeti. In Italy, the nuns are the keepers of the ancient almond flour cookie and cake recipes. Profits generated from the baked goods sold were critical to keeping the convents afloat and particularly so during the post-war depression. When Maria opened her…