Travelling along Bree Street and meeting the locals who are bringing the street back to being ‘The place to be’. A Bree Street Food Guide For Business Day 4 March 2016. 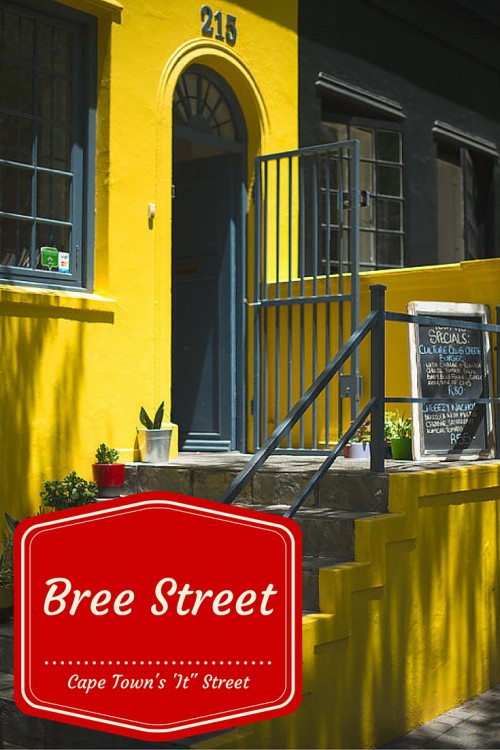 Crammed at the portside since the colonial days, with seedy dive bars and brothels frequented by sailors, and a mere hundred meters from the sea at the time, Bree Street in Cape Town, is back en vogue. Derived from the Dutch word “breed”, meaning broad, it’s built on a reference to the width of the street where farmer’s ox-drawn wagons swiftly performed U-turns to line up in the lot used today for a similar purpose: parking. Where once the wagons would offer produce for sale and the 18th century Heritage Square stores later sold gentlemen hand-rolled cigarettes, snuff boxes and guns, a burgeoning food and bar scene has emerged.

Today, bawdy sailors may be few, but over the past six years tattooed yuccies (young urban creatives) roam the length of Bree Street in packs, skateboards and laptops tucked under their arms. You could say the farmers and tobacco-sellers have been replaced by creative minds and hands from Ibiza to Portofino, London and Durban, many reviving the older trades and painstaking traditions of carefully handmade products: butchers, bakers and all but the candlestick maker.

Inside the sunflower-yellow building at number 215, you will find an artisanal cheese maker, completing the trio of pantry staples on Bree. Husband-and-wife team Luke Williams and Jessica Merton opened Culture Club, a restaurant and deli in 2015, selling 80 percent local cheese, some of it made in-house. Their aim? To transform the city into South Africa’s cheese capital.

“We wanted to be near a butcher and a baker: Frankie Fenner [a meat merchant] down the road, and Jason [the city’s most popular bakery],” Merton says, adding that purchasing quality cheese is still relatively new in South Africa. Williams has produced cheese across England and worked with some of the world’s best cheesemakers and brands in London’s La Fromagerie. “We spent 2014 travelling South Africa to meet the makers,” he says. “We only sell the best of South Africa’s handmade cheeses from grass-fed, happy animals.” 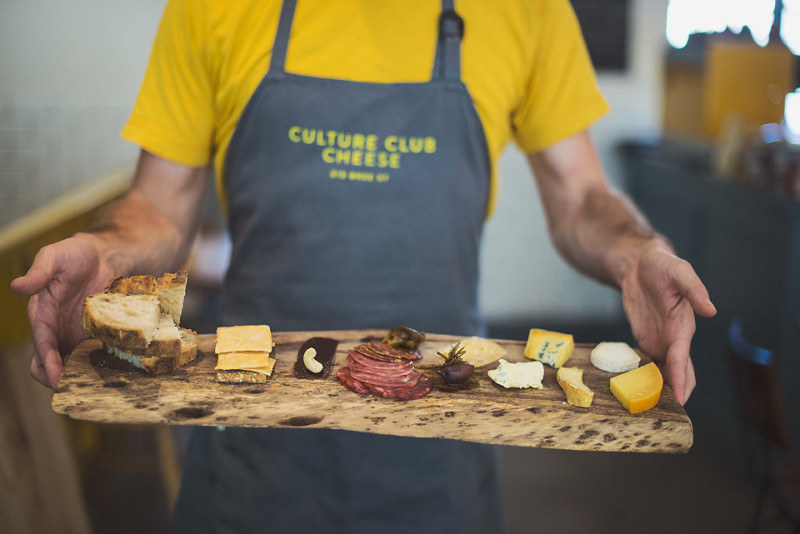 Working with suppliers who are invested in the quality, integrity and provenance of the final product is a philosophy shared by many of the current business owners on Bree Street.

For the industry’s “king of bacon” Richard Bosman and his wife Justine Seymour, Bree Street proved the perfect location for Bacon on Bree, a restaurant and deli opened in April 2015 using Bosman’s brand of high-quality charcuterie that he’s been honing since 2009.  “The street is full of unique, high-quality outlets that are making Cape Town one of the food capitals of the world. Hardly a month goes by without a new concept opening in Bree Street and our extended neighbours are great to work with, and just have fun,” Bosman says about the choice to open his first outlet here.

“The quality of South African produce is exceptional,” he says, adding that consumers are taking a far greater interest in where their food comes from. “I started making a high-quality bacon using a dry-curing process from the beginning, but I struggled to find restaurants willing to pay a little extra for it,” Bosman says.

“Last year my wife suggested we open a restaurant to feature our bacon,” he says. Even an insistent lobby of vegan protestors hasn’t deterred Bosman. “Actually, the protest was great publicity for us. We know where our pork comes from and how the animals are raised, “ he explains.

It’s not just bacon and bacon-related products like crackling, bacon candy and a range of homemade sauces that draw patrons. “The buildings here are characterful, and our strip is a row of huur huisies that used to be the homes of artisans. The buildings have back areas, not visible from the street,” Bosman says. Bacon on Bree has a lounge and courtyard that he says first-time visitors are always pleased to discover.

When the Street had no Name 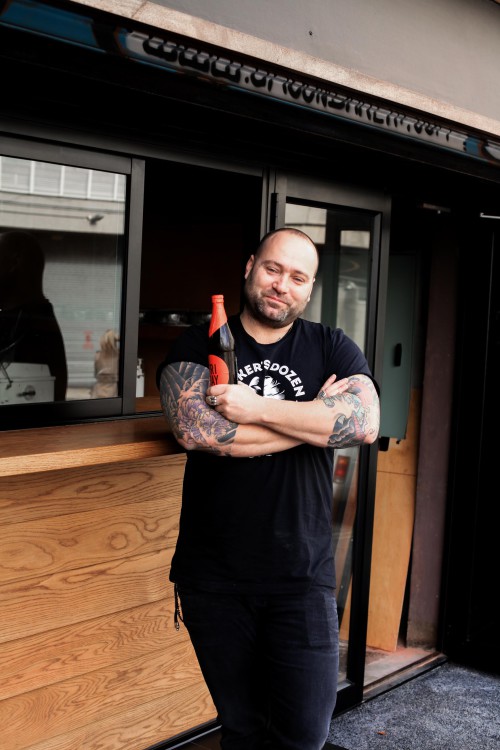 Jason Lilley, whom many consider a Bree Street pioneer, opened Jardine Bakery with chef George Jardine back in 2007, at a time when he says “Bree wasn’t even on the map of cool streets,” and there were only three notable restaurants throughout the street: Caveau, Jardine and Frieda’s at the lower end. At the time, Long and Kloof Streets were better known by diners.

Adjacent to Jardine’s eponymous former city restaurant, Lilley took over the hole-in-the-wall outlet under his name, and no matter the weather, regulars came by to pick up his now-famous croissants (including one with bacon) and coffee. He acquired the main space with sister Brigitte Lilley in August 2011, splashing out on a major renovation and has been running since.

Lilley, whose motto is “consistency, quality and integrity” says, “The trick is in surviving more than two years, the average lifespan of most restaurants.”

While picking favourites is a tough ask, Eat-Out’s online editor Katharine Jacobs praises Chef Liam Tomlin’s casual tapas diner, Canteen at Chefs Warehouse but insists that her go-to remains stalwart Jason Bakery. “It’s one that’s been there from the start, and I think still encapsulates the atmosphere of the road: a kind of hard-core approach to really good food.”

In with the New

After an initial sluggish start, Bree Street now has a proliferation of bars and speakeasies. Joining Orphanage, Door 221 and Mother’s Ruin Gin Bar on the upper end of the street add a slice of Brooklyn aesthetic-grit to small, tight menus and high quality drinks offerings that seem to have won Capetonians over.

Games from the 80s and retro snacks deliver both nostalgia and locals to the yard at Arcade, which spills onto the sidewalks on balmy evenings, as does Charango Grill and Bar, a Peruvian-style restaurant and bar that speaks directly to global food trends.

Reinvention on Bree Street is an eternal theme. In the old Frieda’s in lower Bree, chef Luca Di Pasquale opened a simple osteria (diner), True Italic serving Italian classics to a full house.  “I chose Bree Street because of its growth potential. At the time rent was affordable too,” he adds, saying that much work still needs to be done from the city’s side to encourage shops and cafes at the lower ends to open safely late into the night. 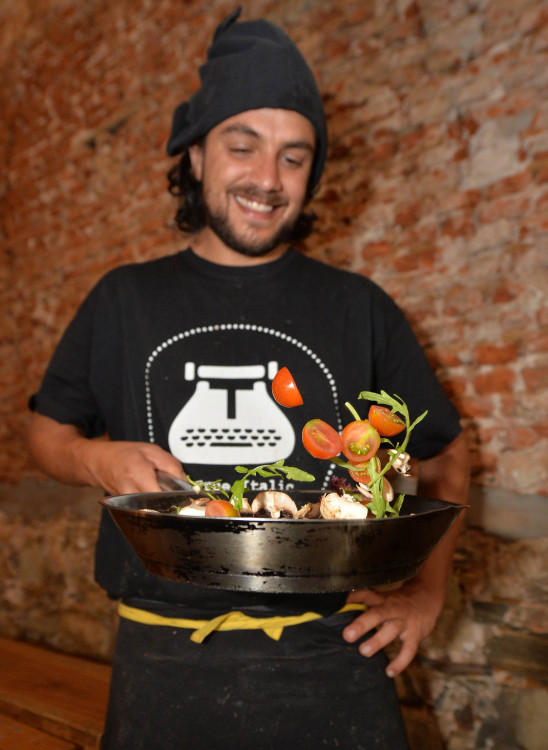 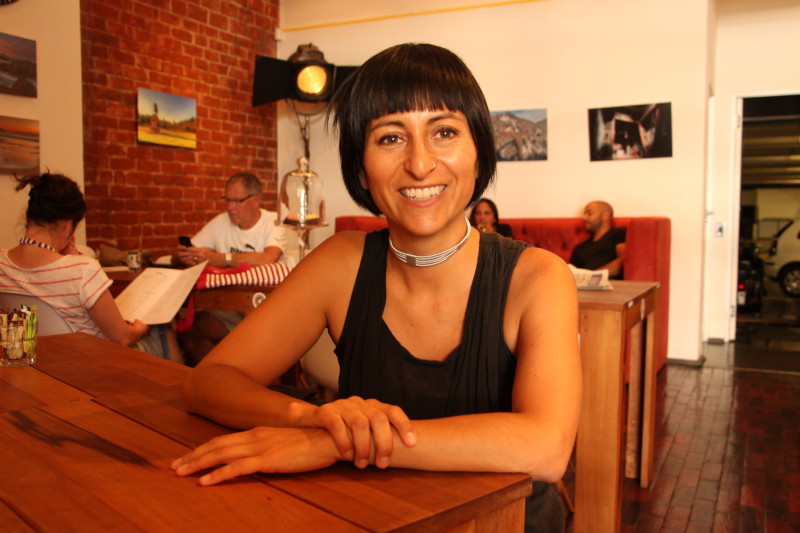 The mix of interesting businesses, residential blocks, a bicycle lane and not being a principal arterial into the flow of traffic, are reasons that Bree Street was included in the Open Streets initiative by native Colombian Marcela Guerrero Casas. With the permission of the municipality, and a team of 30, Guerrero Casas transformed the street for the second time, on 17 January 2015 into an open playground where the numerous restaurants and bars ploughed a festive trade and a cross-section of people had the opportunity to enjoy the neighbourhood in a very different way. “There were thousands of people roaming the street. We feel it was a real success,” Guerrero Casas says.

The First Thursdays project where businesses in the CBD open late on the first Thursday of every month and the CCID-led hygiene and security initiatives have made Bree Street more inviting to food-loving locals. Jacob’s says: “Our offices are based on Bree – and it’s been amazing to watch the road develop into a real restaurant hub over the past four years. I was on leave for a month, and in that time no less than five restaurants opened.”

Bree Street resident Eulogi Rheeder says she enjoys the proximity to so many good-value eateries and bars loved by her circle of friends, who’ve dubbed it “the best in South Africa.”