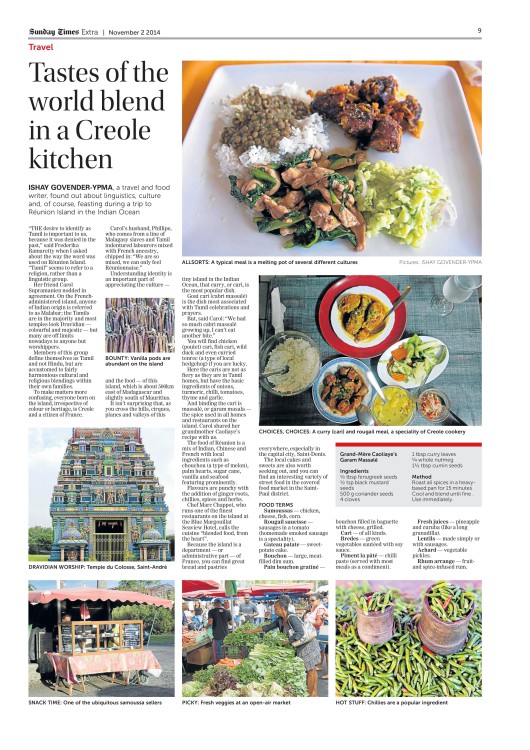 Tamils on the Island 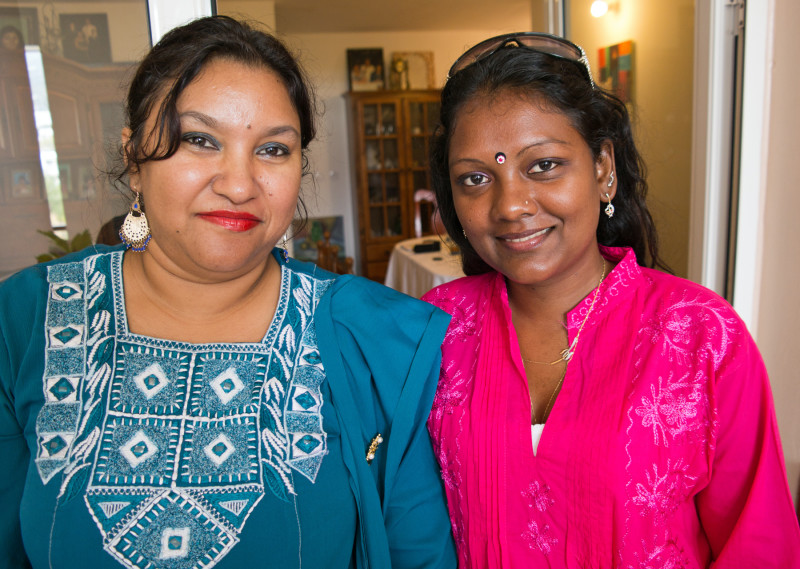 “The desire to identify as Tamil is important to us because it was denied in the past,” says Frederika Ramaretty when I ask about the peculiar nomenclature on Réunion Island, as if it were a religion, as opposed to a linguistics classification. Her friend Carol Supramanien nods in agreement. On the island anyone of Indian origin is referred to as Malabar; the Tamils are a majority and most temples are of the Dravidian form – colourful and majestic, like the ones in Bois Rouge and Saint-André, and nowadays off-limits to anyone but worshippers. While they define themselves as Tamil and not Hindu, they are accustomed to fairly harmonious cultural and religious blending within their own families. Countries colonised by France generally are, and above all, locals born on the island, irrespective of colour or heritage are Creole, and citizens of France. It gets a little confusing keeping track, and when Carol’s husband Phillipe, a Creole from a line of Malagasy slaves and Tamil indentured labourers mixed with French ancestry chips in, he says of his own heritage: “We are so mixed, we can only feel Réunionnaise.”

This article was written for Sunday Times Extra 1 November 2014

Understanding identity is an important part of appreciating the local culture, and along with it, the food. It isn’t surprising, that as you cross the hills, cirques, planes and valleys of this tiny volcanic island, situated in the western Indian Ocean, between Mauritius and Madagascar, that curry or, cari is the most popular dish. Goat cari (cabri massalé) is the dish most associated with Tamil celebrations and prayers.

“We had so much cabri massalé growing up, I can’t eat another bite,” says Carol.

In simple Creole diners you will find chicken (poulet) cari, fish cari, wild duck even curried tenrec (a type of local hedgehog) if you are lucky. Here the caris are not prepared with as much fiery heat as in Tamil homes, but with the basic ingredients of onions, turmeric, chilli, tomatoes, thyme and garlic.

And binding the cari, with its finishing flourish is masalé, or garam masala – the spice used in all homes and restaurants on the island. Carol shared her grandmother Grand-Mère Caoliaye’s recipe with us. 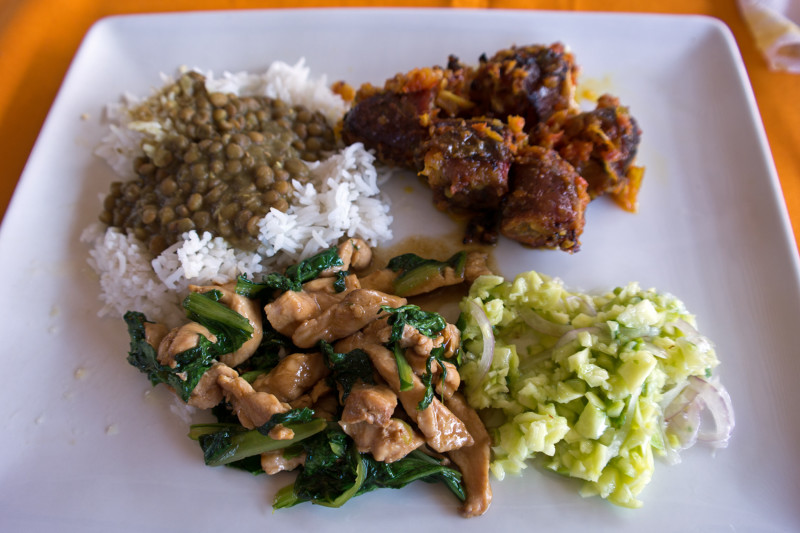 The food of Réunion is a mix of Indian, French, Chinese and French with local ingredients like chouchou (a type of melon), palm hearts, sugar cane, vanilla and seafood featuring prominently. Flavours are punchy with the addition of local ginger roots, chillis, spices and herbs. Chef Marc Chappot who runs one of the finest restaurants on the island at the Blue Margouillat Seaview Hotel calls the cuisine, “bended food, from the heart.”

As a department of France, you can find great bread, croissant and pastries all over the island, especially in the capital city Saint-Denis. However, the local cakes and sweets are worth seeking out, and you can find an interesting variety of street food in the covered food market at Saint-Paul.

Roast all spices in a heavy-based pan for 15 minutes. Cool and blend until fine. Use immediately. 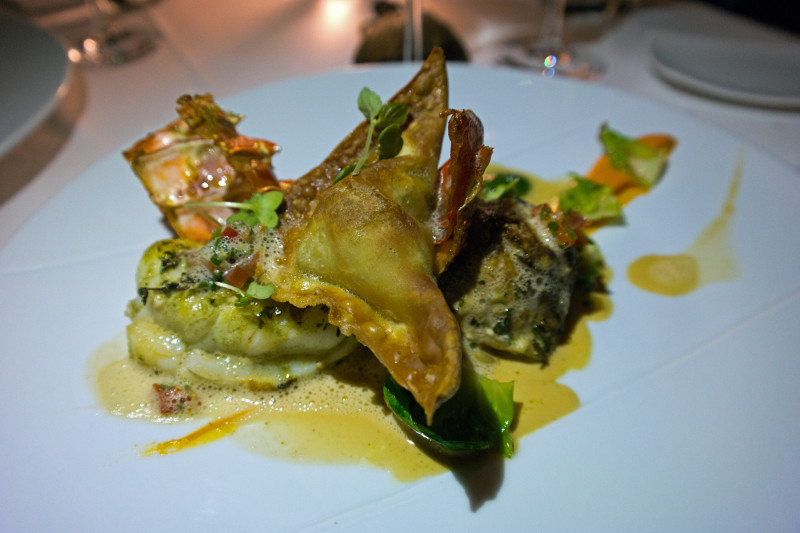 Elements of local flavours on a gourmet plate at Blue Margouillat

You may also enjoy:

Réunion: Land of Spice and Coffee for Fine Dining Lovers