With the emergence of a greater street food presence in South African towns and cities, a spotlight has been shone on the original foods of the townships, ‘kasi’ or ‘loxion’ food. Tourists, local and foreign are flocking back to the source, as the delicacies and home comforts of Madiba’s youth are finding a place of their own in the mainstream. 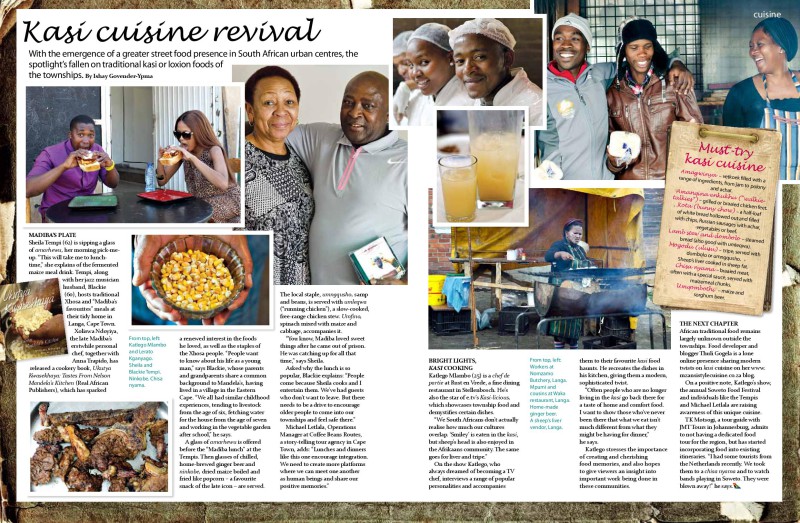 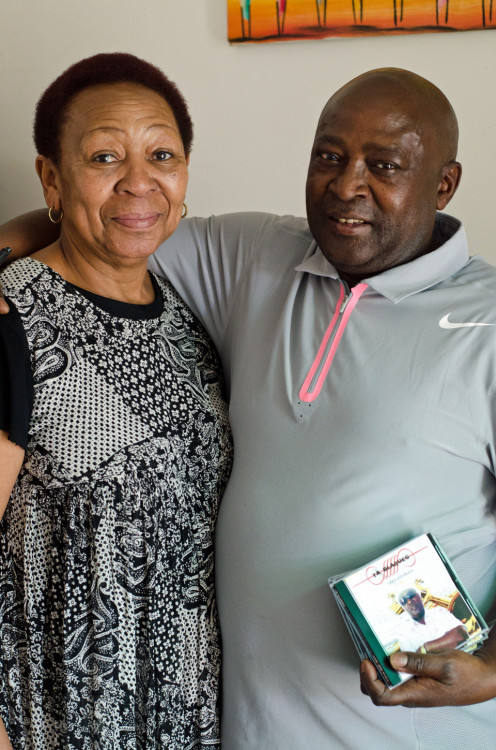 Sheila Tempi (62) is sipping on a glass of amarhewu, her morning pick-me-up. “This will take me to lunch time,” she explains of the fermented maize meal drink. Tempi, along with her jazz musician husband Blackie (60), host traditional Xhosa and ‘Madiba’s favourities’ meals at their tidy home in Langa, Cape Town.

Xoliswa Ndoyiya, Madiba’s personal chef has released a cookery book Ukutya Kwasekhaya: Tastes from Nelson Mandela’s Kitchen, which has sparked a renewed interest in his beloved foods, as well as the staples of the Xhosa peoples. Perhaps it is tragic that the interest from tourists also came at the time that Mandela was gravely ill. Nonetheless, cooks like Tempi are putting their history on the plate when they open up their homes to curious visitors. Interest in South African township food, kasi cuisine, is on the rise.

“People want to know about his life as a young man,” says Blackie Tempie, whose parents and grandparents share a common background to Mandela, having lived in a nearby village in the Eastern Cape. “We all had a similar experience in our childhood, tending to livestock from the age of six, fetching water for the house from the age of seven and working in the vegetable garden after school,” he shares.

The Madiba lunch at the Tempi’s starts with glasses of chilled home-brewed ginger beer and ninkobe, dried maize that is boiled and fried like popcorn, a Madiba favourite. A glass of amarhewu is offered before the meal, and the local staple umngqusho, samp and beans, is served with umleqwa or ‘running chicken’, which is a slow-cooked free-range chicken stew. Umfino, or spinach, mixed with maize and cabbage, another Mandela special, accompanies it.

“You know, Madiba loved sweet things after prison. He was catching up for all that time,” says Tempie as she recites her recipe for the trifle she serves. 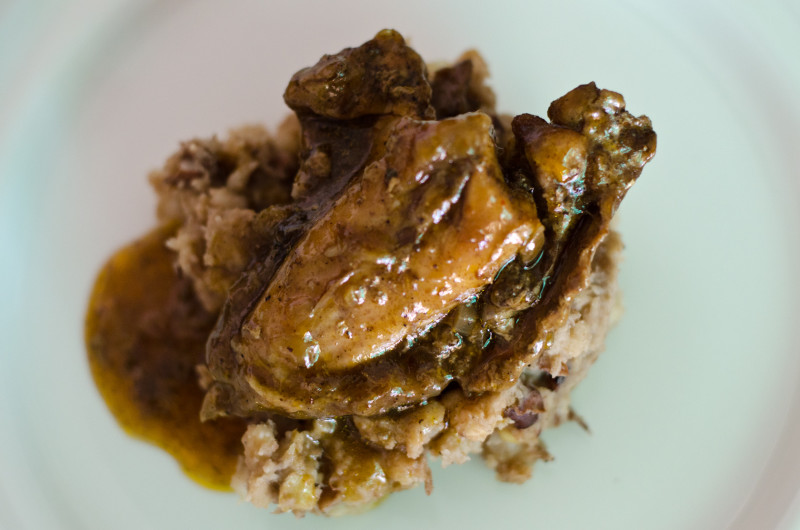 When asked why the lunch is popular, Blackie explains, ”People come because Sheila cooks and I entertain them. We have had guests who don’t want to leave. But, there needs to be a drive to expose older people to come in to our townships and to feel safe.”

Michael Letlala, operations manager at Coffee Beans Routes, a story-telling tour agency in Cape Town, adds, “Lunches and dinners like this one encourage integration. We need to create more platforms where we can meet one another as humans and share our positive memories.” 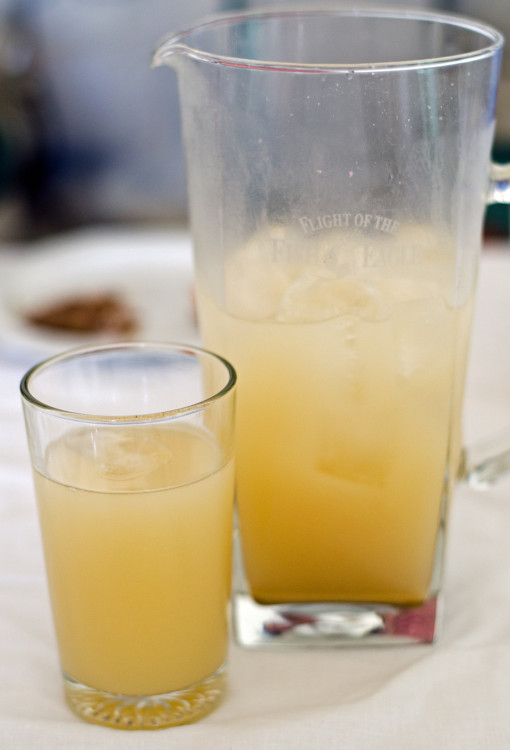 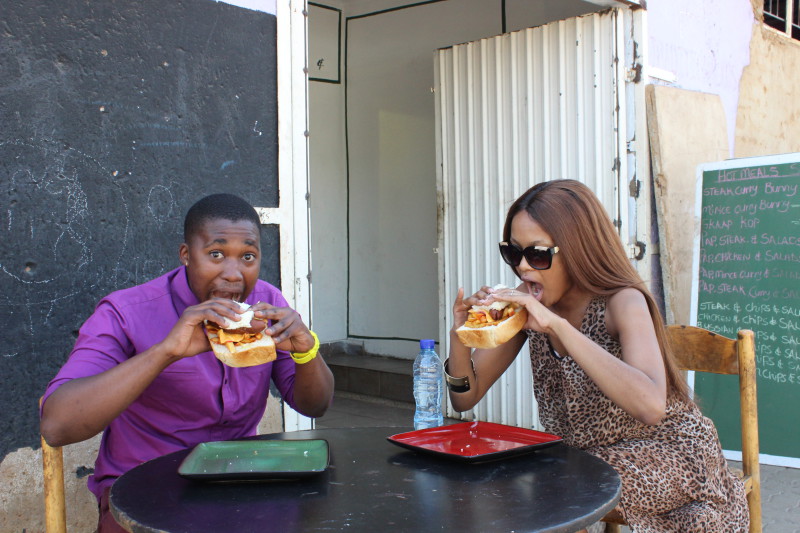 Katlego Mlambo (25) is a chef de partie at Rust en Vrede, a fine dining restaurant in Stellenbosch. Mlambo is also the star of a new television show Kasi-licious, that showcases township food, with the aim of educating both a young and older audience, and demystifying certain foods.

He gives the following example, ”I think that as South Africans we don’t actually realise how much our cultures overlap. A smiley is eaten in the kasi but sheep’s head is also something that is enjoyed in the Afrikaans community; the same goes for liver and tripe.”

On the show Mlambo, who always dreamt of becoming a television chef, interviews a range of popular personalities and they take him to their favourite kasi food haunts. He recreates the dishes in his kitchen, giving them a modern, sophisticated twist.

“The kasi is a place where people that might not still be living there, will go for a taste of home, and comfort. I want to show the people who have never been to the kasi that this is the kind of food that we eat, and it’s actually not so different from the food you might be having for dinner,“ he says.

Mlambo emphasizes the importance of creating and cherishing food memories, and hopes to give viewers an insight into important work being done in those communities. 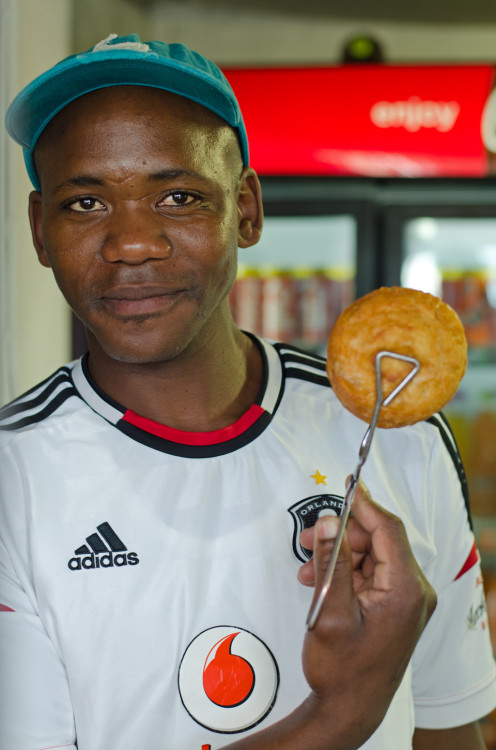 The Next Chapter on Kasi Cuisine

It is surprising that as the foods known to the majority of the population, there still remains a cloak of mystery that shrouds it for the remainder of South Africans.

On a positive note, Mlambo’s show, the annual Soweto Food Festival and voices like that of the Tempi’s, Letlala and Gogela solicit active community participation.

Motsogi (T.K) Motsogi, a tour guide with JMT Tours in Johannesburg admits to not having a dedicated food tour for the region, but incorporating food in existing tours.

“I had some tourists from the Netherlands recently. We took them to the chisa nyma and to watch some bands playing in Soweto. They were mind-blown,” he shares, “The guys providing the services in the townships are happy to see how the market is slowing coming in.”

And while there is the danger that inviting tourists into townships could verge into exploitative slum tourism or ‘poorism’, there exists a vibrant, entrepreneurial spirit of development that should be shared.

And how better to enjoy the lifestyle than over a plate of South African township food – samp and beans, chicken stew and a refreshing glass of ginger beer? 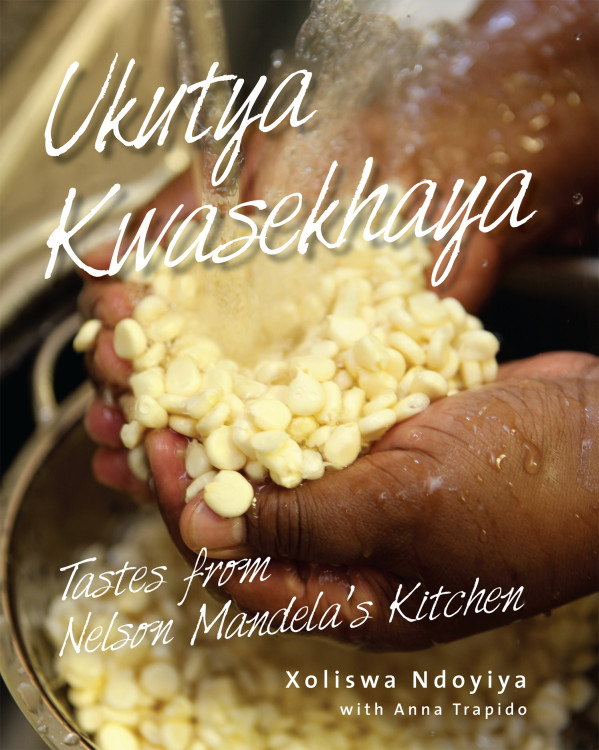