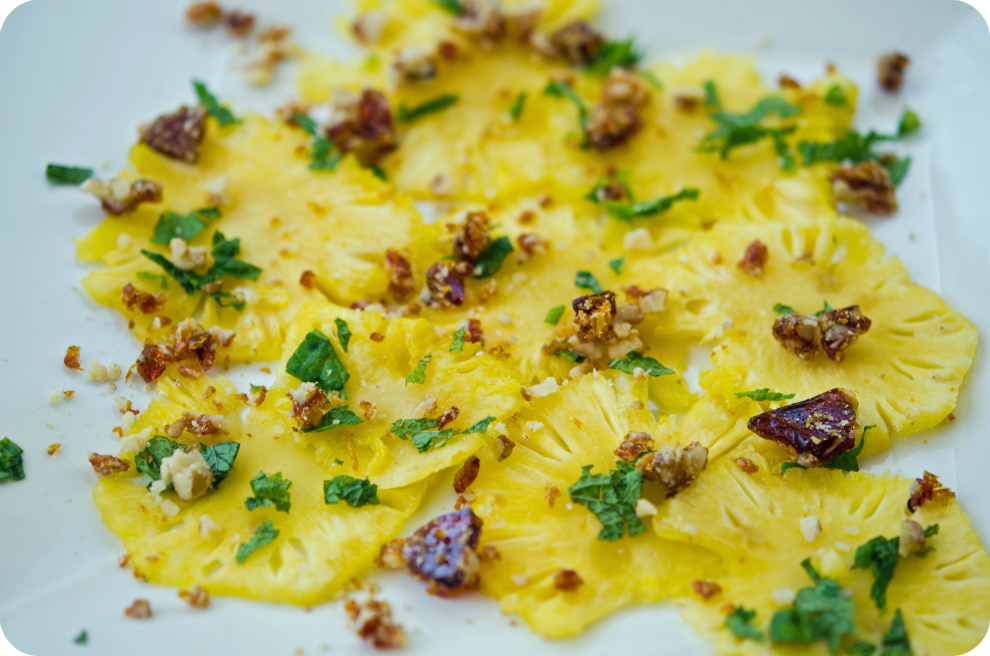 Do you know the story of carpaccio? Yes, it is the Italian word referring to thinly sliced red meat and sometimes fish, but is actually named after Venetian painter Vitorre Carpaccio, who was prolific in the 15th century and renowned for his vivid reds.

This is the lovely story:

“In 1950 a Contessa named Amalia Nani Mocenigo visited the famous Harry’s Bar in Venice. Having been advised by her doctor that she should avoid cooked meat, she asked the chef at Harry’s to come up with something she could eat. The chef came up with a dish which was essentially very finely shaved red beef with a cream-coloured sauce. The dish was named Carpaccio by the owner of Harry’s, Giuseppe Cipriani, because the colours of the dish reminded him of paintings by the Venetian painter Vittore Carpaccio.”

Source: The Cook and the Chef This photo of Harry’s Bar is courtesy of TripAdvisor

Harry’s Bar, as you may know is also where the famous bellini drink (Prosecco and white peach puree) originated. I went to Harry’s Bar last year, and just as is explained on the website (which you should read for owner Giuseppe Cipriani’s fascinating rags to riches story), the entrance is off the main drag and a subtle nod to the private club feel of the place.

One hint to the gentlemen – no matter the heat or the swelter you will only be allowed in with long trousers and closed shoes on. This is after all the bar where Hemingway happily spent many a chapter.

I’ve been making and enjoying this pineapple carpaccio while the sunshine-sweet pineapples have been available this summer. Served with torn mint and a praline or brittle, it’s a refreshing and light end to a meal.

I used crumbled walnut praline, that my friend Fritz gave to me after our television shoot at my house for Pasella Afrikaans Lifestyle show. You can use cashew nut, brazil nut or any brittle or praline you have. I would not recommend peanut brittle with the pineapple,  but that is just a matter of preference. 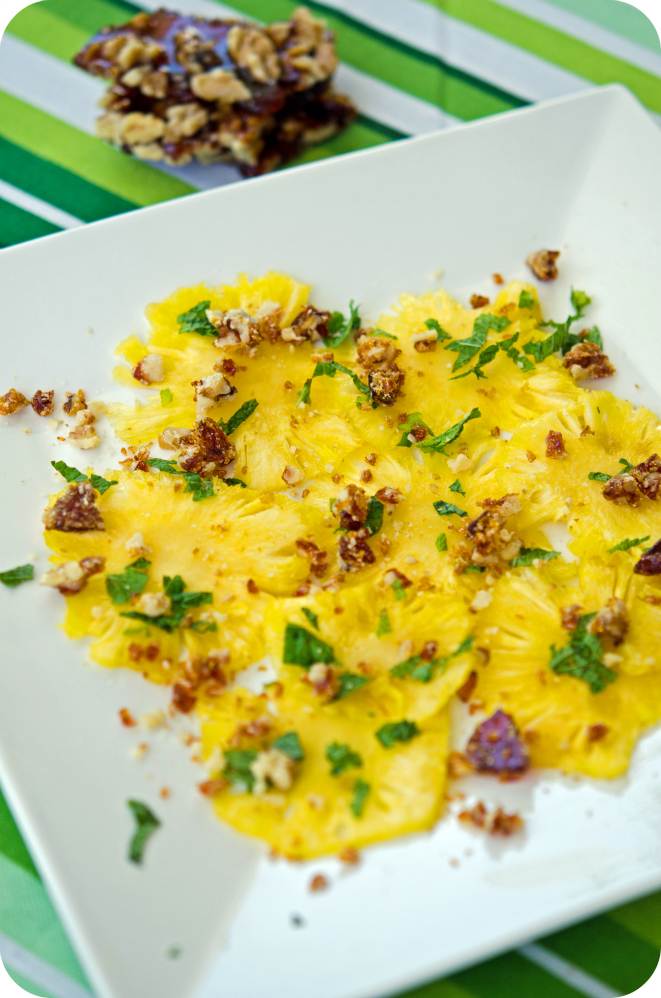 Using a sharp knife, cut the pineapple as thinly as you can.

Arrange on a plate.

Squeeze lime juice over for a fresh burst 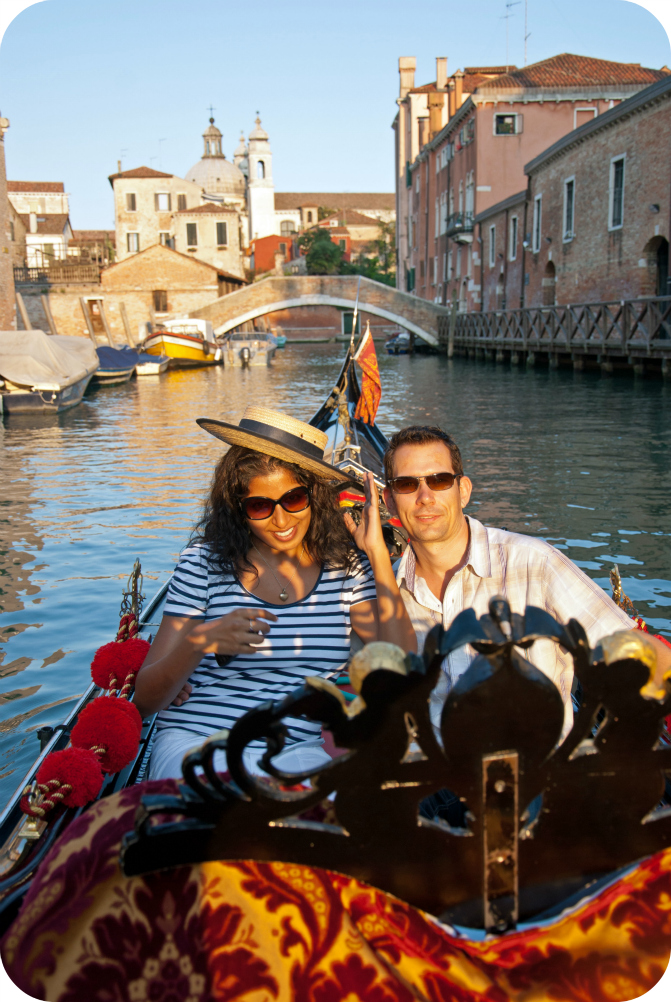 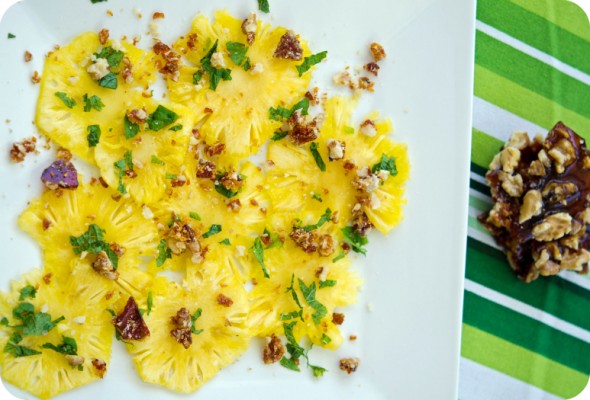