Spinach and Cheese Muffins – a visit to the Hummingbird Bakery

Spinach and Cheese Muffins – a visit to the Hummingbird Bakery 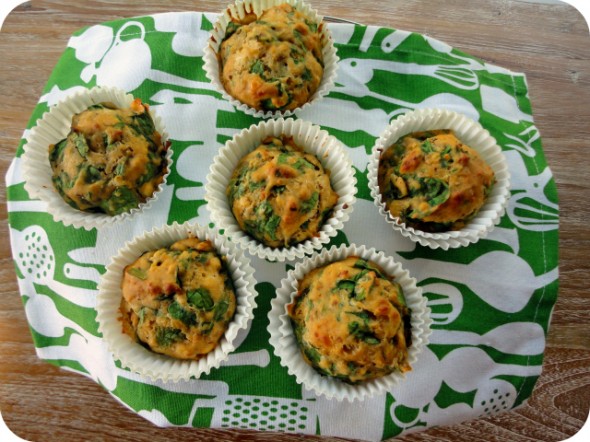 I really do travel to eat and sample the delicious.

I unearthed these pictures last night, of myself in 2009 in London (two or so days after long and complicated root canal surgery). And what was I doing? 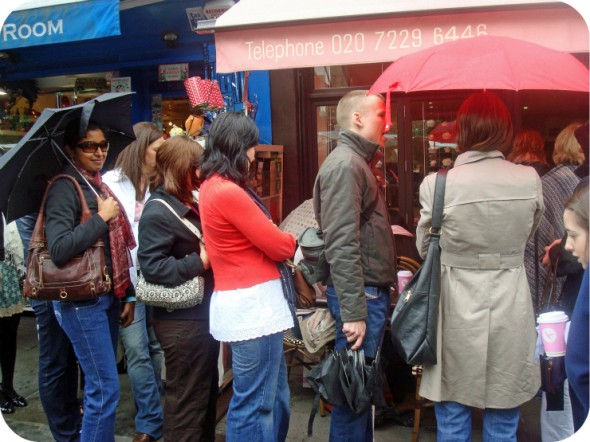 braving rain and queues for the Hummingbird Bakery

Standing in a 25 minute queue, in the on-off rain, in Portobello road, Nottinghill (their first ever store) waiting for my turn at the counter of the Hummingbird Bakery. Have I mentioned that I seriously dislike waiting? For anything. But for this, I was determined. I even allowed my swollen post-surgery cheeks a smile. 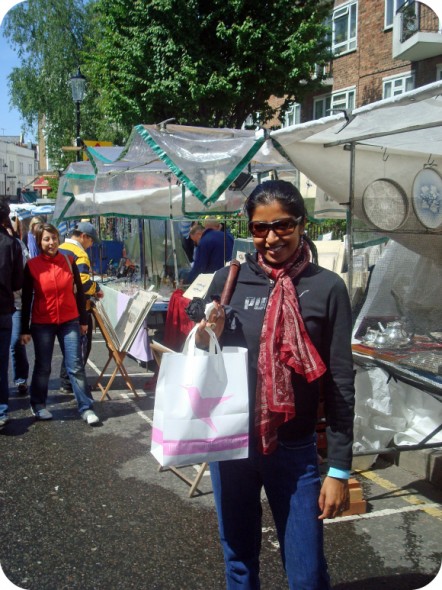 triumphant at the Hummingbird

They were exceptionally famous back then, with little by the way of big competition. Magnolia Bakery, who started the cup cake craze of the late 1990’s, was still dominating the cupcake and cookie scene in New York at the time. Londoners and visitors would storm into the Hummingbird for their famous red velvet, black bottomed (what a cheeky name) and hummingbird cupcakes. The cake itself is sublime (unlike the sub-standard  cakes many bakeries churn out, which they proceed to cover in garish icing to wow the uninitiated), and their frostings wondrous- light, airy, addictive. 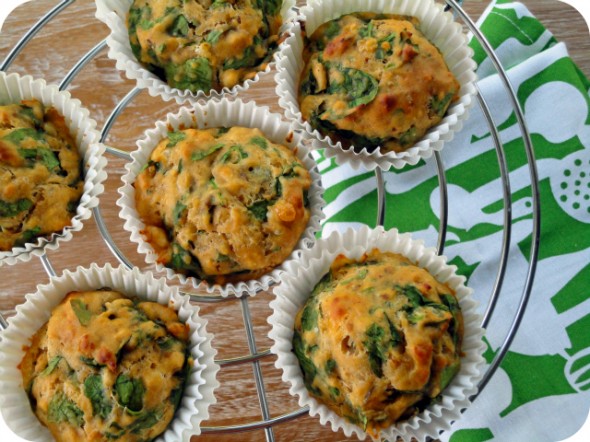 I was so thrilled to have experienced the Hummingbird Bakery, I made sure we returned to another branch at a later stage. Last year, I picked up the Hummingbird Bakery cookbook, in Ireland (was it in Cork? We were chasing, or being chased by the volcanic ash cloud, and my memory is so poor for names and places) and it has pride of place on my cookbook stand in the kitchen. 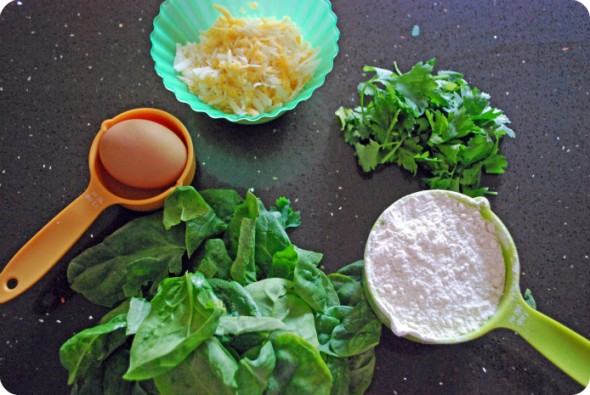 I adapted these muffins from the Hummingbird’s recipe for Spinach and cheese muffins, adding caramelized onions and extra herbs. I haven’t perfected the recipe, so won’t be sharing that with you. Instead, I share these muffins as part of a FABFIX. 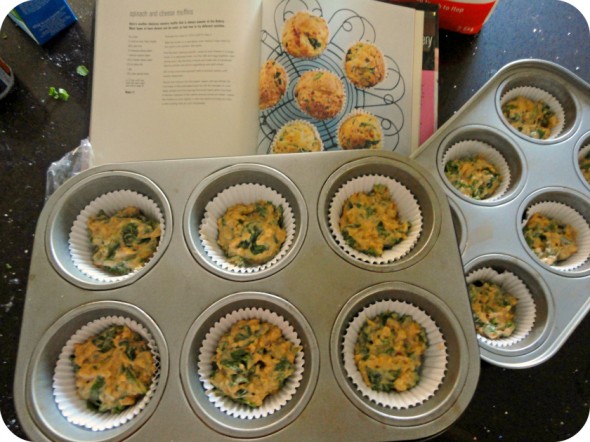 Enjoy and have a wonderful weekend! 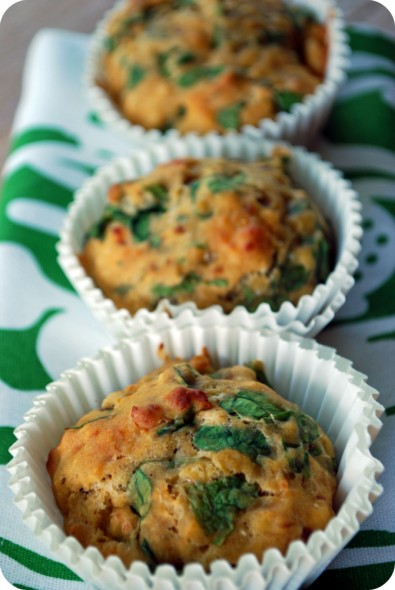