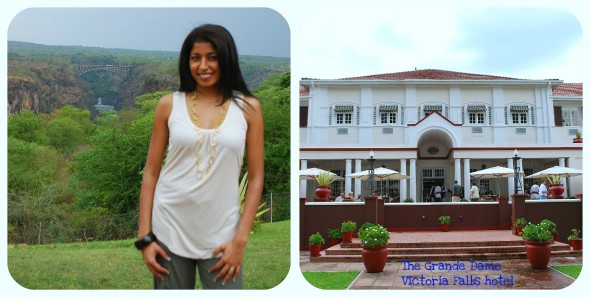 I haven’t posted anything since last week and it’s true that I haven’t been cooking. But, I can assure you, I have been eating!
I’m currently in Livingston, Zambia in a lodge, located in the Mosi oa tunya National Park- the smallest one in the country and directly on the banks of the lower Zambezi river. 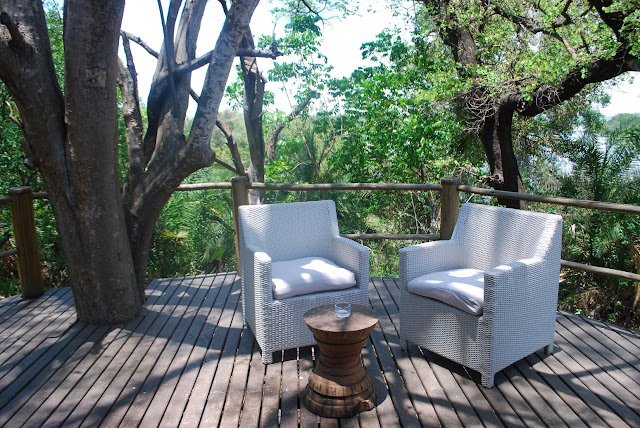 We’re in a tree house on stilts with a panoramic view of the woodland surrounding us, cicadas singing in unison, each trying to out do the other. The vervet monkeys feast on them at night, but I think they’ve got to eat a lot more and a lot faster, if things are to get quieter around here. Hippos graze below the houses late at night.
Things, I’ll admit, could be a lot worse. 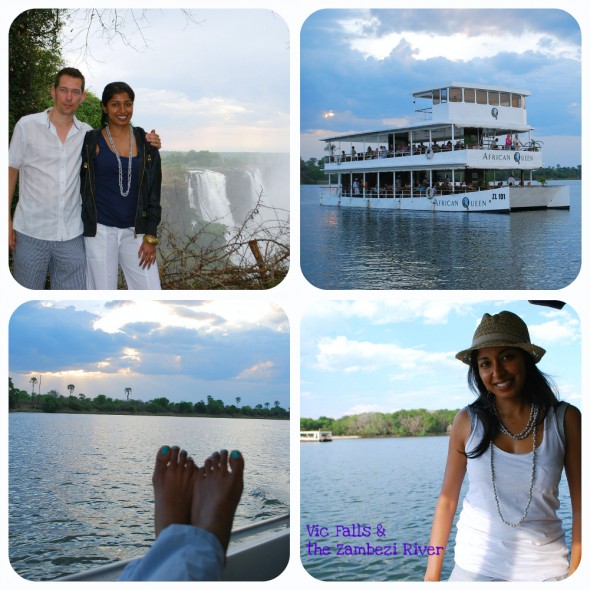 Prior to this we were in Victoria Falls, Zimbabwe, a town that tells nothing of the demise of the country, as it is heavily frequented by tourists- the Falls, as one of the seven natural wonders of the world and the associated adrenalin activities on offer such as bungee jumping, gorge swinging and white river rafting, being a huge draw card.
There is a feeling of disintegrated gentry, certainly where we were staying: what with butlers, high tea, tall glasses of Pimms with cucumber and orange slices, formal service, red polished verandas and bedrooms that once were considered grand. All a nod to the British who had occupied the then Southern Rhodesia. Gaining semi independence in 1965, under Ian Smith and full independence in 1980, Zimbabwe is truly the last of the British colonial outposts (and sadly a tragedy today).

We spent most meals discussing the eerie impression of exploited locals, primarily because it is difficult to separate the surroundings from the Colonialists of late, and all the connotations that link with it. Can one ever justify a five star experience in Africa, whilst being served by lowly paid locals, knowing they return to nearby villages with many children to feed and educate, who in turn will remain waiters and hosts, catering to the needs of wealthy foreigners?

How can I, a girl of Indian descent, accept an elderly Zimbabwean gentleman stooping down to serve me poolside snacks, cocktails made with foreign liqueurs and picking up discarded wet towels? My great- great grandparents were indentured labourers brought over to Natal to work on the sugar cane plantations. Exploitation and it’s after effects runs it’s course for generations to come.
The other argument is that without the tourists and the five star frippery even these jobs would not exist for locals who, in conversation, seem to welcome the tourism trade.
We battle with this, whenever we’re on holiday in Africa, or places where poverty is widespread. And Lord knows I can’t manage just a tent, which would even out the playing field, to an extent.
We end up tipping extravagantly to ease the guilt.

In America and Europe, we have no such qualms. Hardly ever.

Having said this, we’ve had a great time thus far. This morning we had the privilege of viewing all five of the white rhino that exist in the whole of Zambia and tomorrow we will visit a local village.
In lieu of a facebook album post just yet, but equally narcissistic I’m afraid, and if this tepid Internet connection will allow me to, I’ve shared a few images of some of the things that have made this week special.
(we leave next Monday, so between now and then I will try to update)

I’ve just had a lamb stew with peppered basmati rice, pumpkin and parsley and carrot salad and a chocolate brownie for lunch.
I’ve also sampled several high teas, crocodile tail grilled, curried and whipped into a mousse, grilled bream (a local fish) and some of the nicest beef fillet. 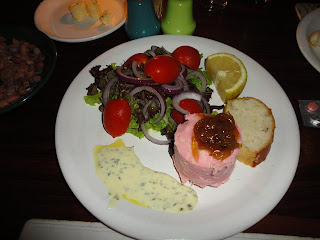 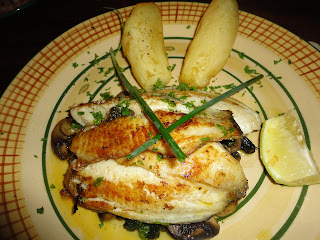 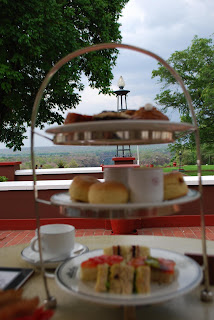 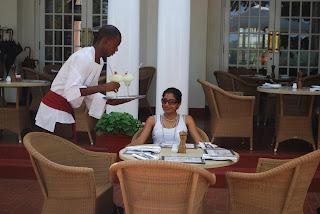 frozen drinks, with a side of guilt 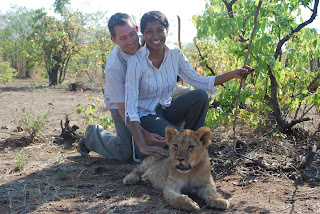 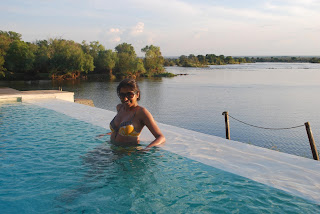 You may like to read about the Crocodile Curry I made with Chef Paul in Zambia.