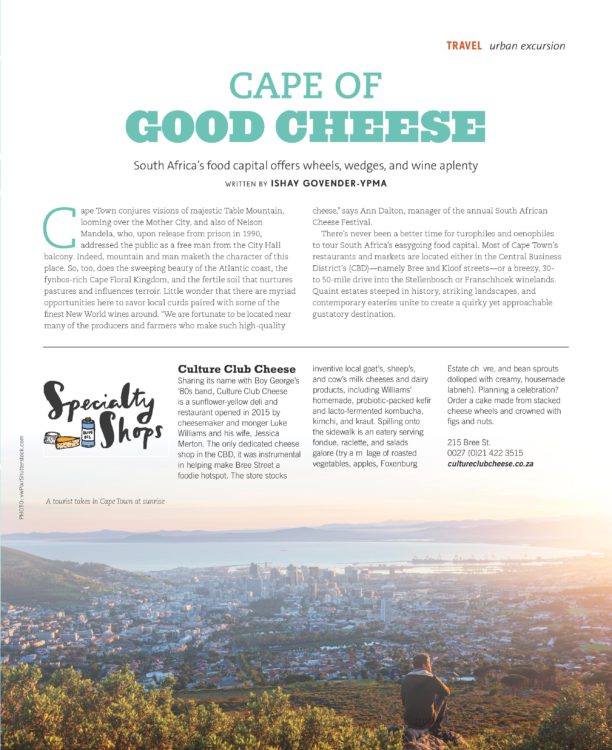 Feature in the Culture Cheese Magazine

For visitors and armchair travellers alike, Cape Town conjures visions of majestic Table Mountain, looming over the Mother City, and also of Nelson Mandela who, upon his release from jail in 1990, addressed the public as a free man from City Hall balcony. Indeed: Mountain and man maketh the character of this place. So too, does the sweeping beauty of the Atlantic coast, the fynbos-rich Cape Floral Kingdom, and the fertile soil that nurtures pastures and influences terroir. It’s no wonder, then, there are myriad opportunities here to savor good, local cheese paired with some of the finest New World wines around. Ann Dalton, manager of the Cape-based South African Cheese Festival, the largest food festival in the land and in its 16th year now, says: “We are fortunate to be located near many of the producers and farmers who make such high-quality cheese.

Most of Cape Town’s restaurants and delis are located either in the Central Business District’s “foodie hubs” such as Bree and Kloof Streets, or a breezy 45-minute drive into the Franschhoek or Stellenbosch winelands. Quaint estates steeped in history, striking landscapes, and contemporary eateries all come together to create a quirky, approachable foodie destination. 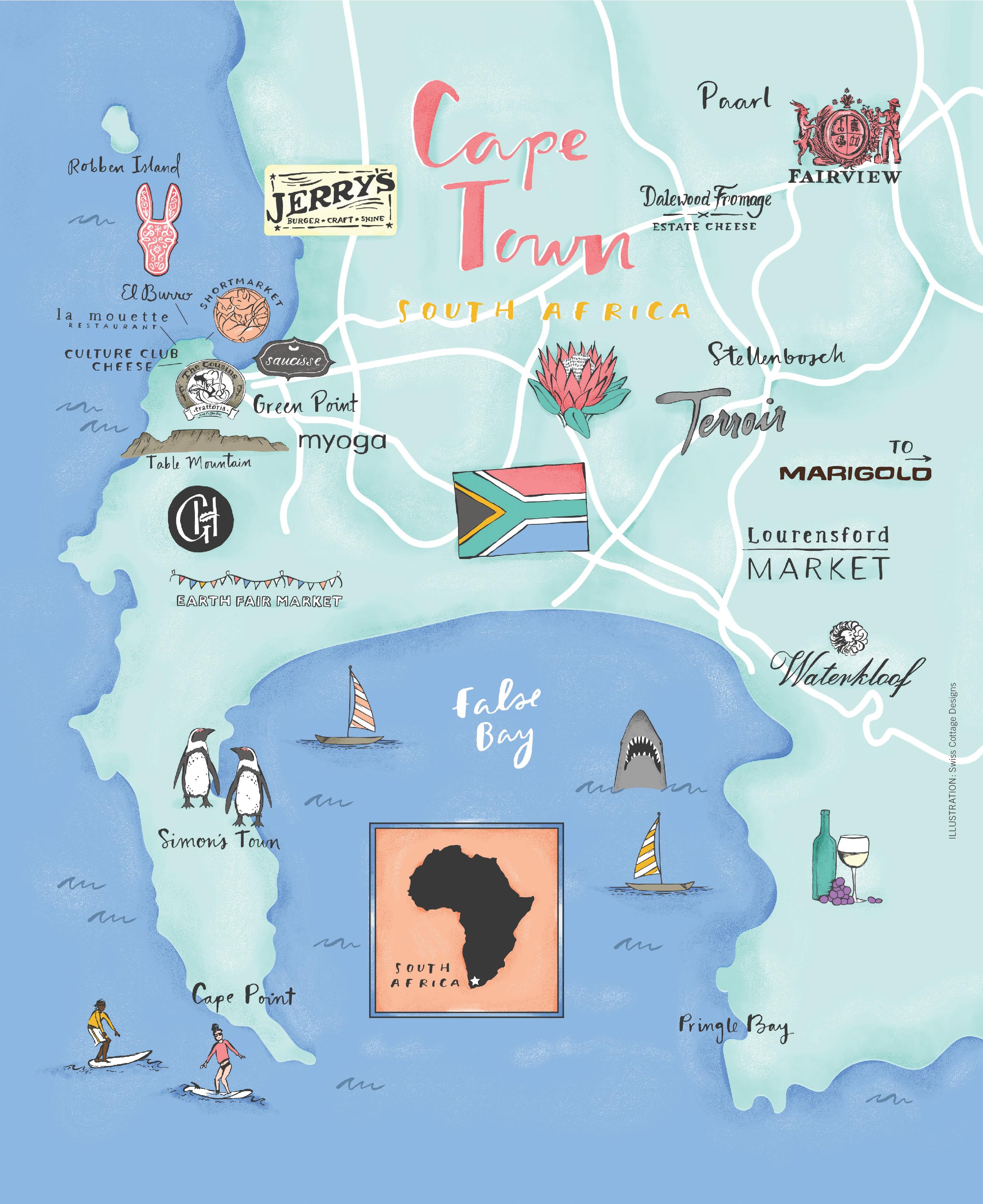 Named after Boy George’s ‘80s band, Culture Club Cheese is a sunflower-yellow deli and restaurant opened two years ago by cheesemaker and monger Luke Williams and his wife, Jessica Merton. The only dedicated cheese it was instrumental, along with neighboring restaurants and bars, in making upper Bree Street a tasty hotspot. The store stocks the most inventive local goat’s, sheep’s, and cow’s milk cheeses and dairy products, including Williams’ homemade probiotic-packed kefir and lacto-fermented kombucha, kimchi, and krauts. Spilling onto the sidewalk is the on-site eatery, which serves fondue, raclette, and salads aplenty (try the melage of roasted vegetables, apples, Foxenburg Estate chevre, and bean sprouts, topped ). Planning a celebration? Order a cake made from stacked cheese wheels and crowned with…