From atop of the ragged schist cliffs of Praia do Castelejo near Vila do Bispo in the western Algarve, a paraglider launches, with long strides and a short run-up. He lifts off and floats over the golden sands below, a circle of surfers stretching in downward-facing dog on their boards before they charge into the pulsing, icy waves of the Atlantic. His friend leaps over the rocks near me, documenting it on a GoPro, while his family – a woman and toddler – cheer from across an impressive, kitted campervan. He lands smoothly, running as if in slow motion on the sand parallel to the cerulean-coloured ocean, to raucous hoots and clapping. From up here, the Algarve, southern Portugal’s 200-kilometre stretch of coastline, seems remote and wild, a far cry from the bar-strewn streets and beach clubs full of sunburnt tourists we’ve come to expect from news reports.

Many southern Portuguese descendants say that Moorish roots are evident in their skin and hair colouring, a darker hue compared to their northern Portuguese counterparts. Our friend, food journalist Célia Pedroso, whose family hails from the region, agrees. In fact, all through the Algarve, and Portugal, we see evidence of the historical and cultural Islamic influence prevalent in the cuisine and architecture. Like it is with oranges, rice, coriander, carob, dried apricots, raisins, sugarcane and saffron in the Mediterranean, almonds are attributed to the almost 400-year Islamic reign of what was once known as Al-Gharb – “the west”, or west of Andalucía, with Silves as the capital. “My grandfather was from Silves, the former capital of the Algarve,” Célia says. “And I have memories of the beaches without anyone except the fishermen. Of course, that Algarve doesn’t exist anymore.” 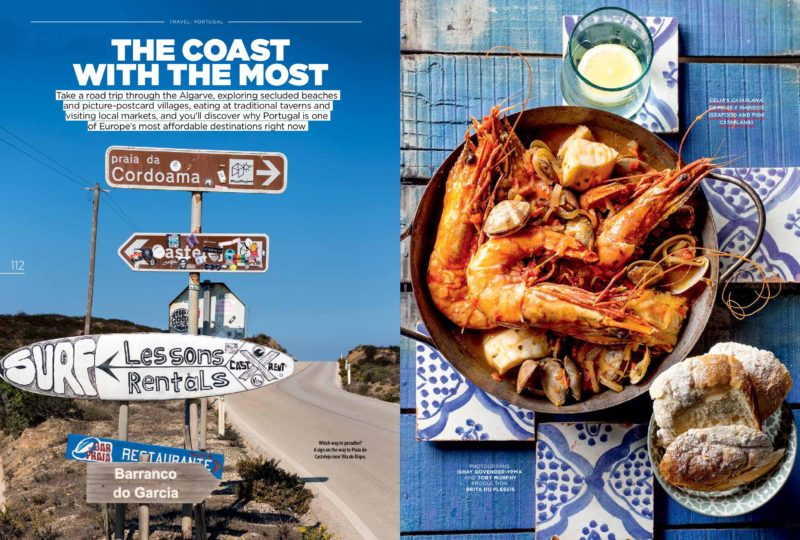 The city with the most.