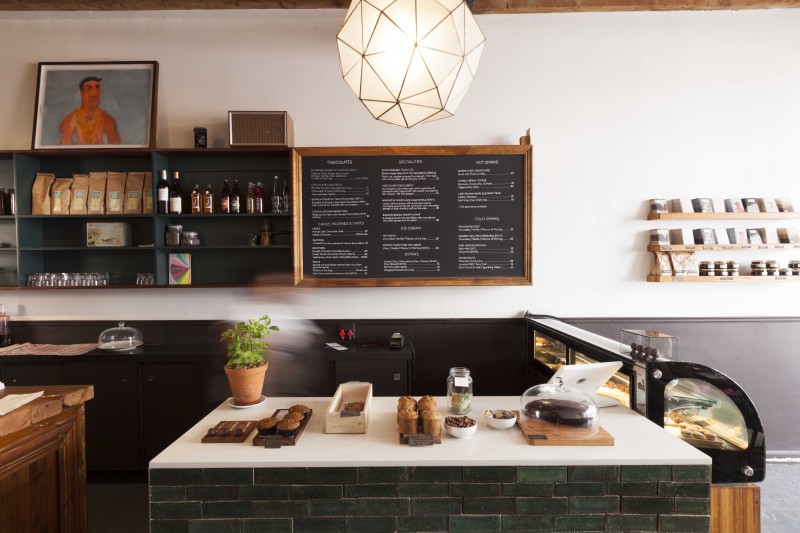 A Cape Town raw chocolate café is the first of its kind in the city. It’s a crowdfunding success story. Ishay Govender-Ypma explores the concept for Business Day.

“Have you tried our banana bread bunny chow?” asks Michael de Klerk, who with business partner Anthony Gird founded Honest Chocolate. The brand’s first café is housed within a heritage building on Wale Street, Cape Town. Inside the “bunny chow”, simply a tall muffin, is a dollop of the raw, artisanal chocolate they’re famous for. At the café, patrons indulge in chocolate in a variety of forms – in tarts and pastries, drinks and in their signature raw cacao bars wrapped in beautifully illustrated covers. However, what makes the café remarkable is that it was crowdfunded, in part.

It appears it wasn’t too difficult to convince Honest Chocolate’s community to contribute towards a chocolate-themed café. An added incentive was that it was touted as Cape Town’s first dedicated raw chocolate café – an idea that carries the whimsical appeal of a Roald Dahl novel.

The fan base, de Klerk and Gird mention, was built painstakingly over the years, first at local food markets and later at the Honest Chocolate stores in town and Woodstock.

Backer Craig de Gouveia, a long-time supporter, says, “With a store that cool I knew the café would be amazing. “

Crowdfunding on the reward-based system entails a backer purchasing a reward (such as bars of chocolate), which must be honoured by the creator of the project. In this way monies are raised, oftentimes to leverage as equity to secure additional funding. For the Honest Chocolate Café, crowdfunding generated the 20 percent needed to make the project a reality. 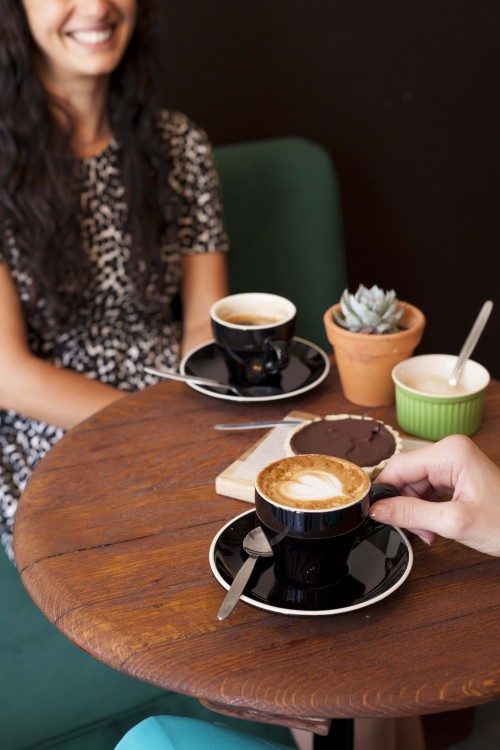 And why would an entrepreneur turn to the public for funds? Crowdfunding isn’t a new a concept at all. “It’s centuries old. The Statue of Liberty pedestal was “crowdfunded”,” says Andrea Morgan, co-founder and COO of Thundafund, South Africa’s leading rewards-based funding model that launched in June 2013. The challenges that start-ups and fledgling businesses face in raising capital from traditional sources, such as banks and venture capital avenues, are numerous and stiff.

“Crowdfunding can be seen as the democratisation of finance. It’s a way to raise capital and a crowd, while testing the market,” Morgan explains. “During the process you’re evaluating the idea, building networks and receiving customer feedback before going into production.“

Kendall Almerico, a U.S based attorney working with American start-ups and small businesses to raise equity and rewards-based funds, says: “In 2013, crowdfunding was a $5 billion industry and nearly everything was raised through rewards-based sites.”

“When [the U.S] JOBS Act comes into play, businesses will be able to raise capital online through equity crowdfunding portals by selling company stocks to the general public. This will be an even bigger game changer for entrepreneurs,” he says.

Incidentally, it’s not just businesses that use the model – many non-profit organisations have also turned to crowdfunding. Notably in South Africa, the strongest campaigns tend to involve film, video and music.

As de Gouveia points out, “Crowdfunding is a powerful way for consumers to vote with their cash for what they want to see more of in the world.” 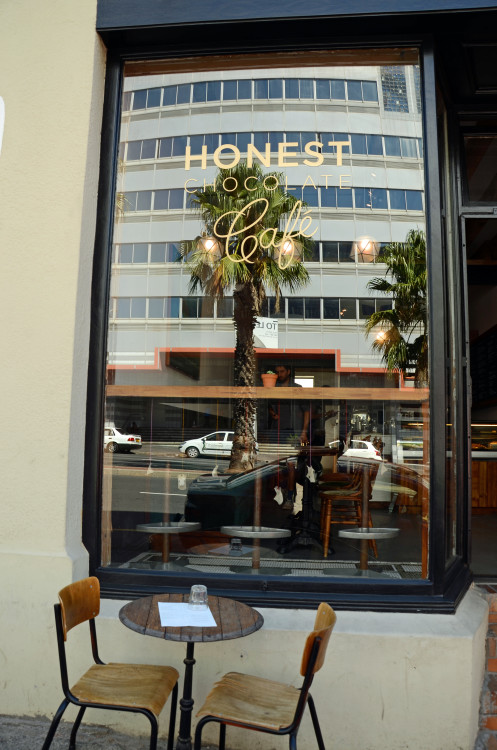 Familiar with international platform Kickstarter, de Klerk and Gird opted for local Thundafund, viewing it as an opportunity to build on their existing Honest Chocolate community.

“We needed people to buy in with belief and support, in addition to funds,” says de Klerk.

Morgan explains that backers become part of the process and are integrated into the business build.

“Due to financial transactions moving efficiently and quickly over the Internet, people have the opportunity to invest in businesses they are passionate about,” she says, “In this way, the process bypasses the traditional “gate keepers”.”

Several factors are essential to a successful crowdfunding campaign. Timing is crucial. Thundafund advises that the project be long enough to create momentum but short enough to inspire confidence in investors. Honest Chocolate Café used the 45-day model – with 30 days to run it and 15 to prepare.

Secondly, the project’s story must be precise and visually compelling to engage backers. In other words, backers must quickly grasp the campaign’s premise and corresponding call-to-actions.

Honest Chocolate Café utilised the SnapScan payment app. Backers could support the effort just by scanning a storefront poster with their phones.

Before setting out the rewards, it’s advisable to test them on your first-degree network – namely, friends and family, to gauge what’s well received and what isn’t.

The most accomplished Kickstarter campaign to date, The Coolest Cooler failed at the first attempt, but integrated feedback from colours and features to timing in the new push and went on to raise over $13M on the initial $125 000 target.

Linking to social media streams, a savvy marketing plan and regularly updating backers is key. In this regard de Klerk and Gird outsourced the engagement strategy to a social media company. “The final few days are vital,” the duo advise, ”Push hard then.”

“There is an art and science to crowdfunding,” Almerico explains, “Across the board, about 90 percent of crowdfunding attempts fail.”

“When people prepare and plan well, and build a core of support before launching, they are successful between 80 to 90 percent of the time,” he adds.

However careful the hosting platform is, there exists the latent threat of mismanagement and unfulfilled promises.

“There will inevitably be people who try to abuse the system,” says de Gouveia.

Almerico doesn’t foresee personal projects like vacation funds, while they do exist, being very appealing. “Why would the crowd give money to someone to go on vacation? Overall, it simply does not work and is a waste of time.”

A raw chocolate café however, in a rapidly flourishing Cape Town CBD, has turned out to be a good enough reason for a crowd to give money to. And if de Klerk and Gird had the chance, cafés like these would make their way to Johannesburg and Pretoria too. 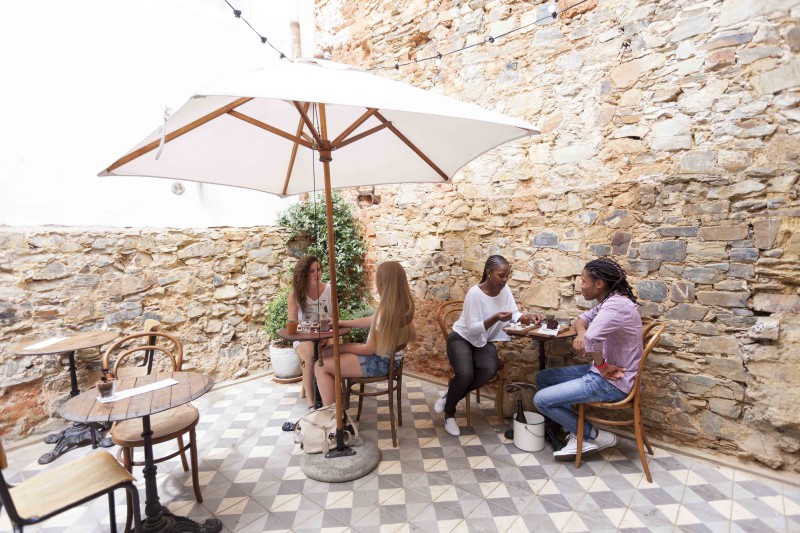