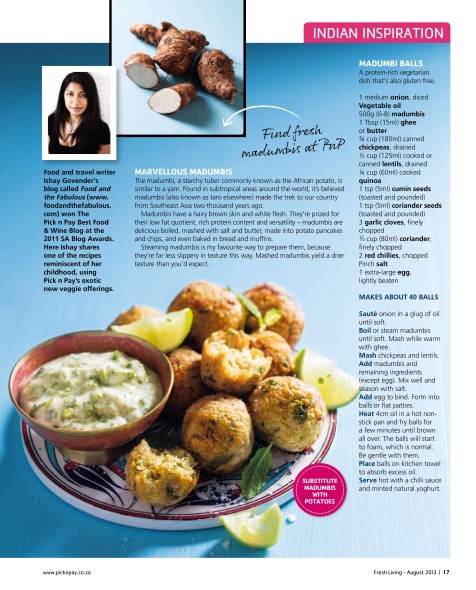 Made into balls, above 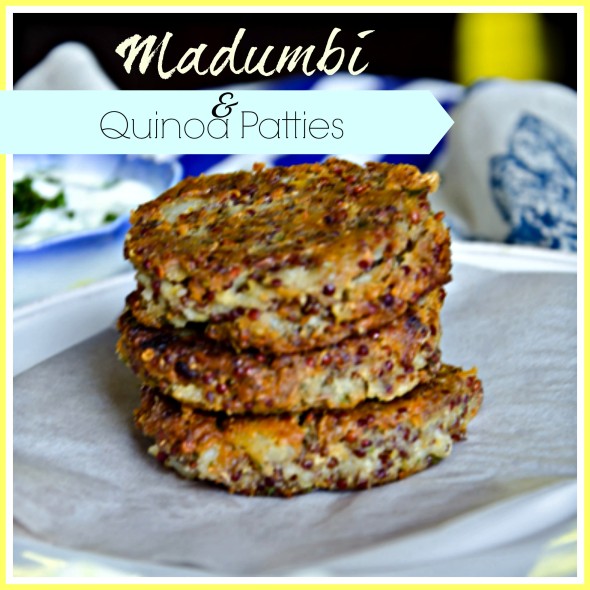 Madumbis or amaDumbe as they are known in KwaZulu Natal and along the South African east coast, are an indigenous starchy tuber, commonly known as the African potato, similar to a yam.  The madumbe (Colocasia esculenta) is actually found in subtropical areas around the world and is believed to have made the trek to our parts from Oceania and South East Asia 2000 years ago, the species itself being around 6000 years old.

Madumbes have a hairy brown skin and white flesh. They are prized for their nutritious value being high in starch, with a decent amount of protein and low in lipids. They are versatile and the roots or corms and can be eaten boiled with salt and butter, made into a mash, potato pancakes, chips and even baked in bread and muffins.

Growing up in the Natal midlands, I enjoyed amaDumbe, purchased from the vendors selling their wares in large white mesh sacks in the suburbs. My mother would simply boil or steam them and serve them hot with salt and butter. Steaming is the best method, as the root does get a little slippery in texture. Mashed, it will yield a drier texture than you expect.

I used the amaDumbe in this recipe to make a protein rich vegetarian patty that is also gluten free. Red quinoa (regular is fine) adds lovely contrast and crunch – in many ways the texture reminds me of that wonderful South Indian snack – the vada, yet no chickpea flour is used. Chilli, toasted spices and coriander give the patties a distinctly Indian flavour.

You can shape these into croquettes or balls if  you prefer.

The patty will be crisp on the outside and tender on the inside – take care when flipping as it is easy to break.

1. Boil or steam the madumbis until soft. Mash while warm with 1 T ghee. It will be a dry mash.

2. In a large mixing bowl, mash the chickpeas and lentils, leave some bits and the rest mashed fairly fine.  Add madumbis and all remaining ingredients. Mix well and season with salt. Add egg to bind. Form into patties or balls, like croquettes – these are best deep fried

3. Add vegetable oil to a hot pan, preferably non-stick. Fry patties for a minute on each side until brown. Note, the patties will start to foam, this is perfectly normal. Be gentle with them.

Disclosure: I am being paid for this Indian Series in Fresh Living Magazine.