Reflections on Chefchaouen – The Blue Jewel in Northern Morocco 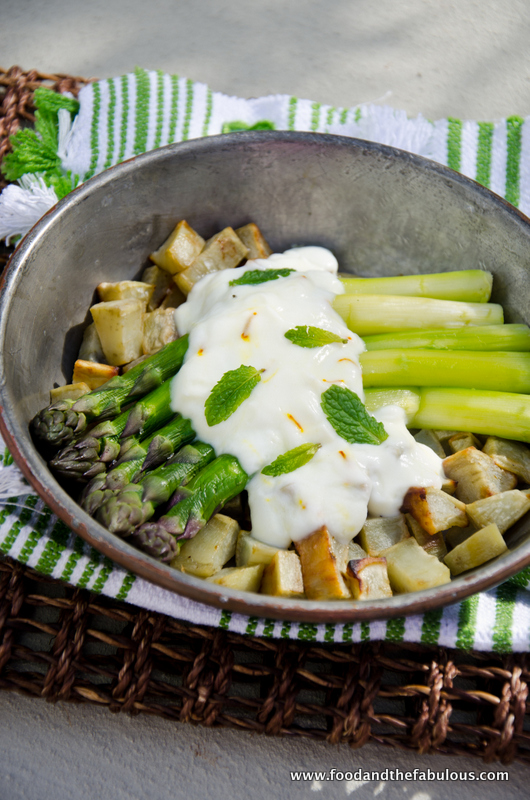 She turns her face around abruptly, I see deep lines etched into her skin. I’m surprised by its paleness. A straw hat like a pyramid sits atop her head, grey hair in a braid. She tugs at the mule’s reigns and turns away.

The mule, packed with prickly pears and vegetables from the old woman’s garden in the mountains moves forward with his cargo dutifully. Her skirt of vivid red and white stripes is a strangely hypnotic sight against the sharp edges of the hills as the pair continue their descent into the next town.

I follow the red-and-white with my eyes for a few more minutes, the shape diminishing as I blink, like some desert-induced trick, except we aren’t in the desert. We are at the foot of the Rif mountains.

Our refreshment break is over. I note that Abdou, our driver, is shifting his weigh awkwardly, eager to get a move on. It’s been a pleasant but taxing few hours from Meknes. The tarred roads are evidence of development in Morocco’s infrastructure, but they twist and turn, sometimes jarring the body uncomfortably with sudden bumps. And it is hot. Thirty degrees Celcius.

Abdou keeps the windows open instead of using the air conditioner, I’m not certain this is the best method to remain cool but he’s in charge and I don’t think he’d appreciate instructions from a foreigner.

Later that day, after a late lunch in Chefchaouen, the hilly city where houses are washed in a pale blue paint,  I see women in red striped skirts on mules, heading back towards the mountains.

Is she with them, I wonder. 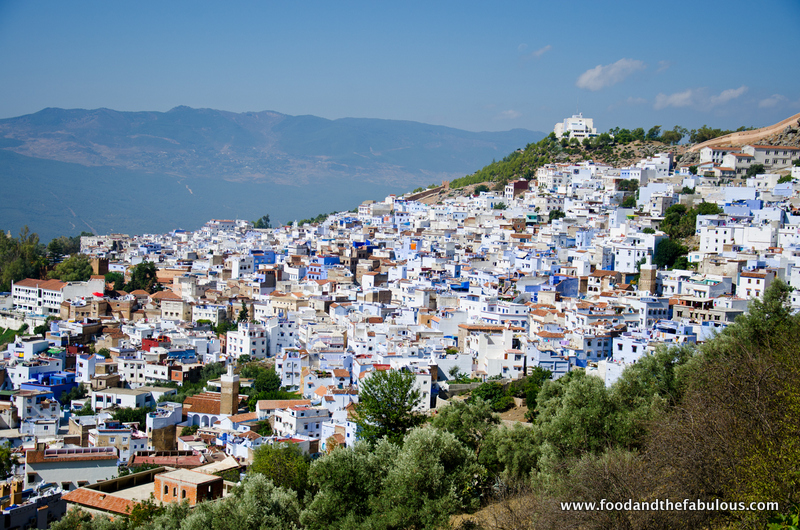 All things fresh and salad-y are currently the darlings in my life.

Pretty robust declaration for the girl whose twitter bio reads ‘life’s too short for lettuce’. But, there’s a time and a place. Post trip exccess (think lamb tagines, rich couscous with at least seven veggies and some sort of meat,  sweet almond flour pastries and biscuits, pancakes (beghrir) and stiff semolina cake slices (harcha) for breakfast every single morning and sugar-cube sweet mint tea, the body is demanding otherwise. 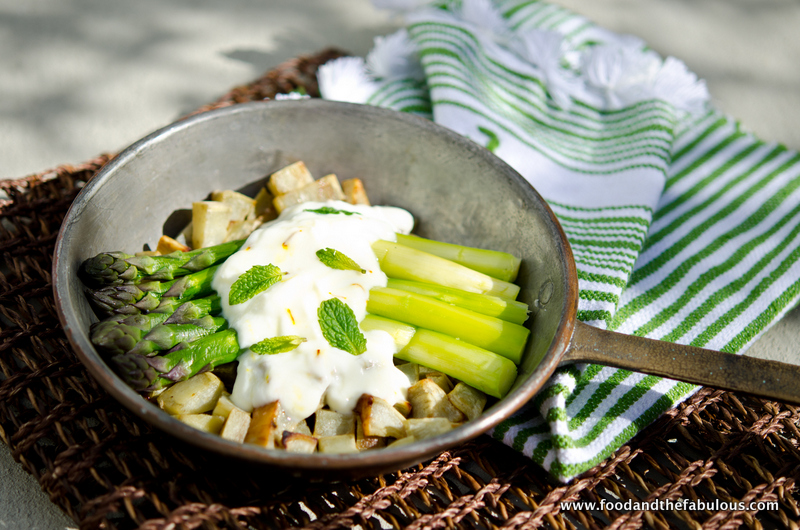 Fear not. I am supplementing with the odd cookie (Jelle found a box of speculaas cookie mix in the grocery cupboard when we were doing a clutter- out on Sunday night and made a tray of cookies that reminded him of Holland and his family). Also desserts and chocolate now and then, but the aim is fresh and ‘clean’ most of the time. Thankfully Jelle and my brother add the hungry male contingent ever eager to “test” out my trial recipes so there isn’t a worry about the cheese puffs or beer bread going to waste.

I made this simple salad to celebrate a new season, slightly complex in texture – soft asparagus, browned sweet potato cubes with crispy edges and the silky, cooling velvet of plain yoghurt (I used low fat, use double cream if you wish), speckled with enchanting saffron threads.

I used a copper frying pan and napkin (Berber style stripes) that I bought in Chefchaouen in Northern Morocco to style this shoot. I was there less than a week ago, I can hardly believe it! 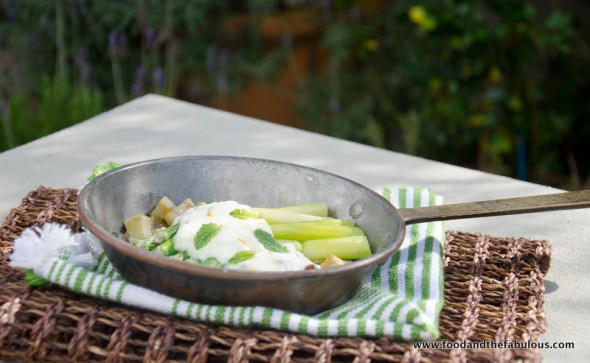 Since we spent a lot of time out and about exploring the natural beauty of the Blue City and I shot and ate this dish outside in the garden, I thought it would be a nice tie-in to tell you a little about Chefchaouen too.

But first, the recipe…. 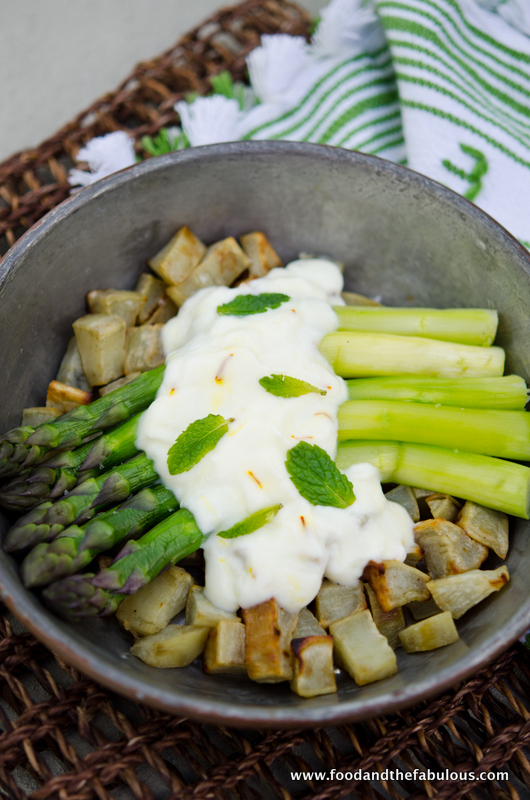 1. Set oven to 180 degrees Celsius. Grease a baking tray, coat sweet potato cubes in olive oil, season with salt and bake for 12-15 minutes or until cooked through and browned along the edges. Shake tray to turn cubes half way through.

3. Peel tough stalks of asparagus with a vegetable peeler and steam for 2.5 minutes in microwave or on the stove in boiling water until just soft. Immediately blanch in a bowl of ice-cold water with plenty of ice cubes.

4. Remove yoghurt from fridge, season with salt. Assemble sweet potato hash on serving plates, top with asparagus, saffron yoghurt and sea salt flakes. Scatter mint leaves over and enjoy, preferably outside if you can. 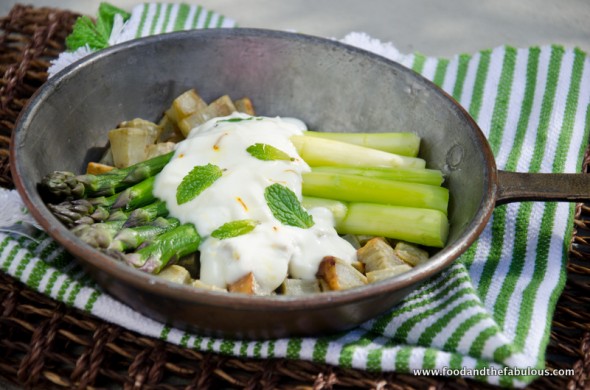 A brief guide to Chefchaouen 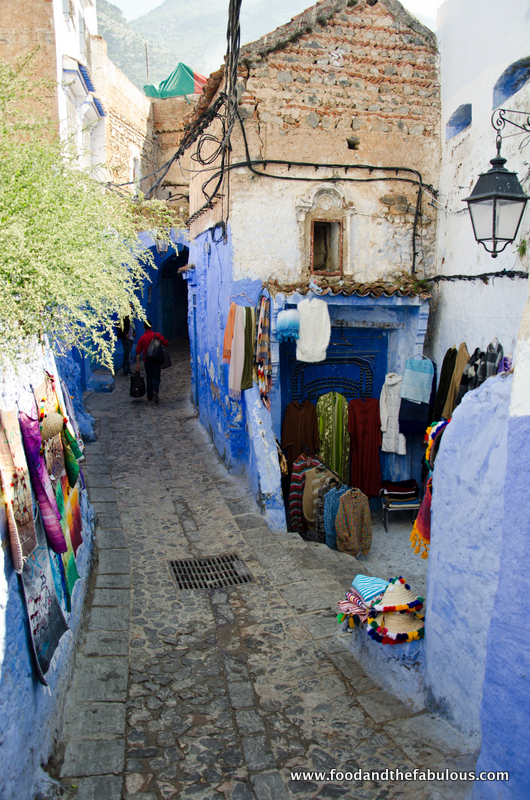 Chefchaouen, close to the popular port of Tangier is named as such because a mountain range above the city that looks like two chaouen or goat’s ‘horns’. The city lies between the horns. Chefchaouen was built by Spanish exiles as a fortress against in Portuguese in 1471, who were as you will know still ruthless, powerful kings of the sea at the time. 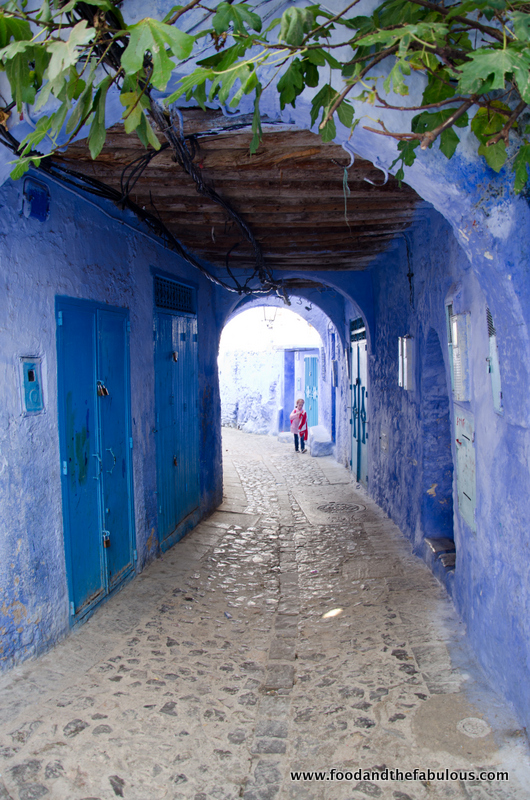 Guidebooks mention that Chefchaouen is the ‘typically’ Moroccan that tourists crave. I’m not sure what that means, exactly. On our previous visit to Morocco we sought out the seclusion of the Berber Ourika Valley as well as the hustle of its most famous modern city, Marrakech. I’m not sure what the typical is that tourists would seek in Chefchaouen. Every town and city, while retaining essential similarities such as the structure of life in the medinas, the central position occupied by the mosque in the life of a Muslim, the melodic call of the imam echoing through the streets and valleys five times a day, a general aversion to alcohol and the serving thereof (naturally) and the presence of traders and craftsmen, has a layout and terrain that is different. In fact within 20 kilometers of each area you can go from coast line to lush forests, barren, sandy multi-hued hills, cactus in thick shrouds and so on.

With its pale blue houses and buildings ( painted as such as a result of a pact we were told, between Arab- white and Jew- dark blue, the buildings are painted in this hue twice a year), Andalusian style red terracotta roof tiles and rugged mountainous landscapes Chefchaouen is unique, more than it is typical. Perhaps it’s the Moroccan city as we see depicted in Disney animations and in our dreams. It’s more than pretty. It’s perfect, in fact. 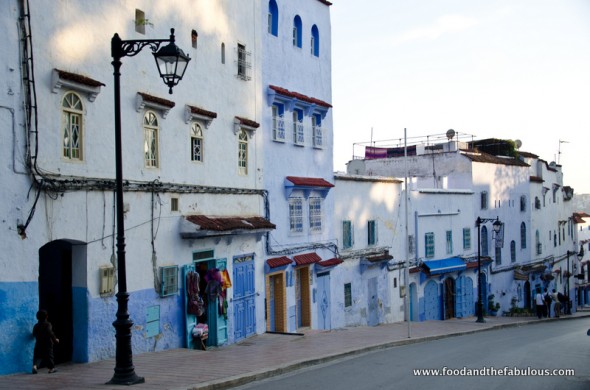 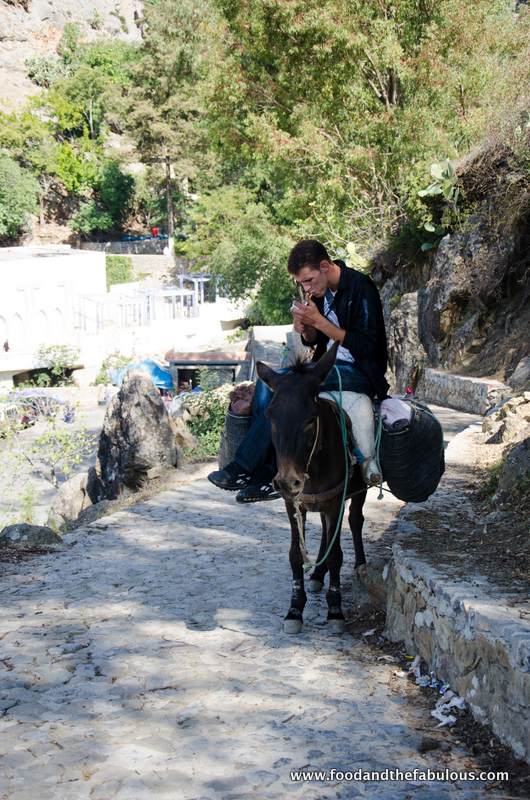 Chefchaouen is an easy city to visit. Relaxed.  Some of the young local men wear short pants, the vivid red stripes of the berber cloths worn by the mountain women draw and hold the gaze. The city is hilly and the pace is slow. A thin river snakes through it.

Oh, and it’s a well known fact that visitors come here to smoke a special kind of marijuana and ‘think about life’ in the words of our guide. 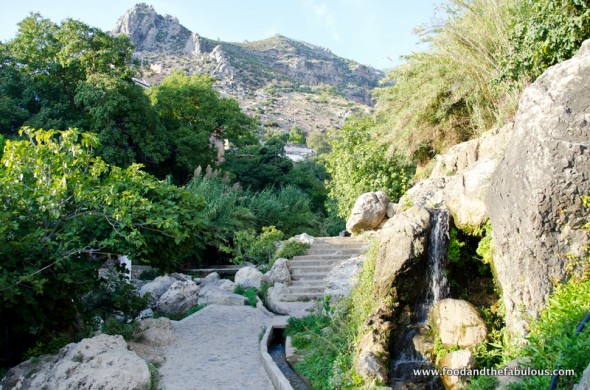 Because you can see the expanse of the city when you hike up the nearby hills or from various steep-sloped streets, you get the feeling of knowing and understanding the breadth of it, more easily. Opposed to say, Fes or flat as a straight-hair-on-a-limp-day Marrakech where the medina is a labyrinth and you can not see beyond one narrow alley at a time and certainly have no readily available vantage point to scope out the extent of the city.

Sitting by a brook, sipping the ubiquitous Moroccan mint tea, I smiled at Jelle who was dressed in shorts (and not feeling like a pesky tourist, as many locals dressed in the same manner) and I knew what he would say when asked “Is this your favourite?” 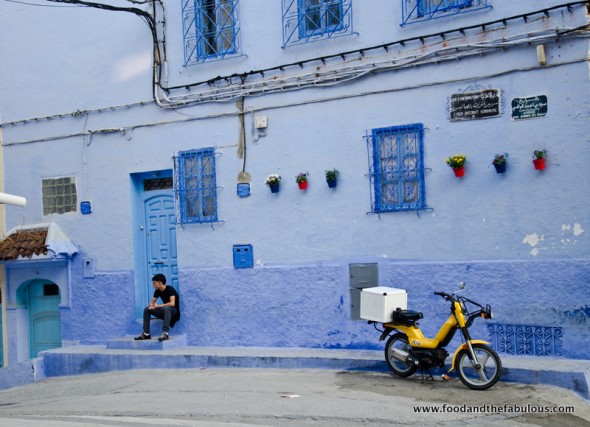 The Blue City gives you the calm holiday feeling a visit to Kerala (or Cape Town) would after a visit to Mumbai/New Delhi (or Johannesberg). No roadside vendors lopping the top off fresh coconuts, but you get the idea.

Your wife has a black heart

It’s relaxed, the vendors and traders are less aggressive (and prices more reasonable, in my opinion). Don’t get me wrong, I never felt hassled in Morocco. But, shopping and bargaining can be a draining exercise.

You choose to look, with the option to buy and you can choose to walk away from the emotional manipulation,  such as “For a wife this beautiful, I wouldn’t even blink an eye. I would pay whatever I was asked for anything she wanted” to “Your wife has a  black heart”. This was said to an elderly British couple who stayed at our riad in Fes. Frequent visitors to Morocco, the wife just wanted to ask questions about the leather and textiles but had no intention to buy.

I’m not a great bargainer. I feel awkward. I feel sympathetic. I never want to be the looks-but-doesn’t-buy wife with the black heart. 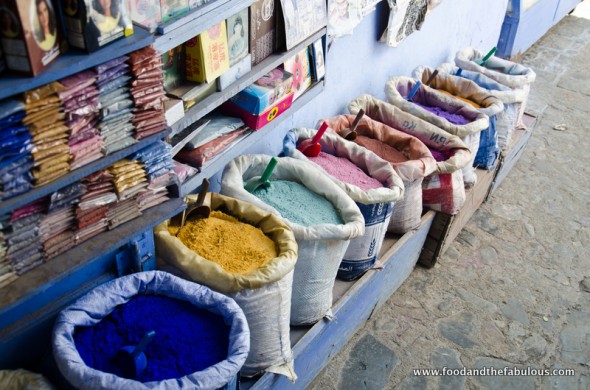 Chefchaouen Top Tips – where to stay, eat and shop 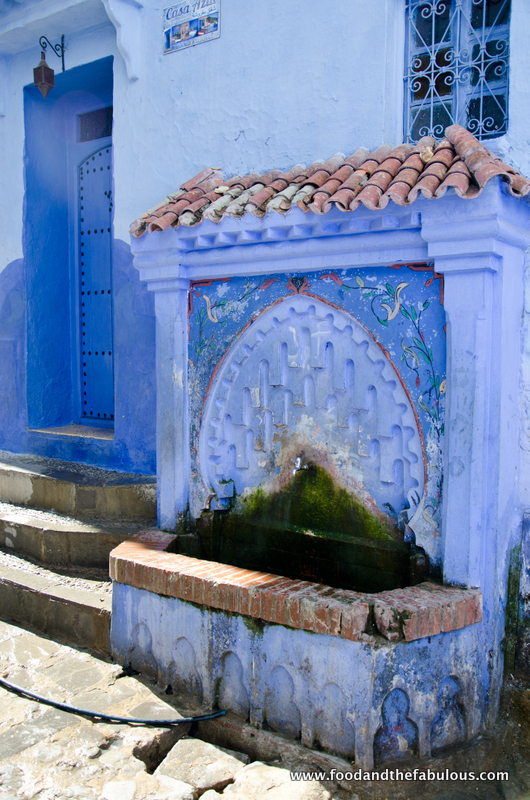 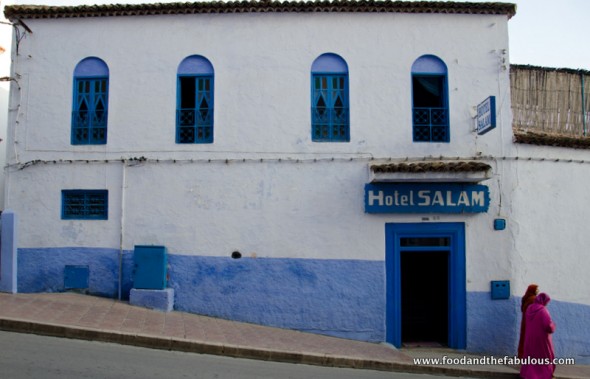 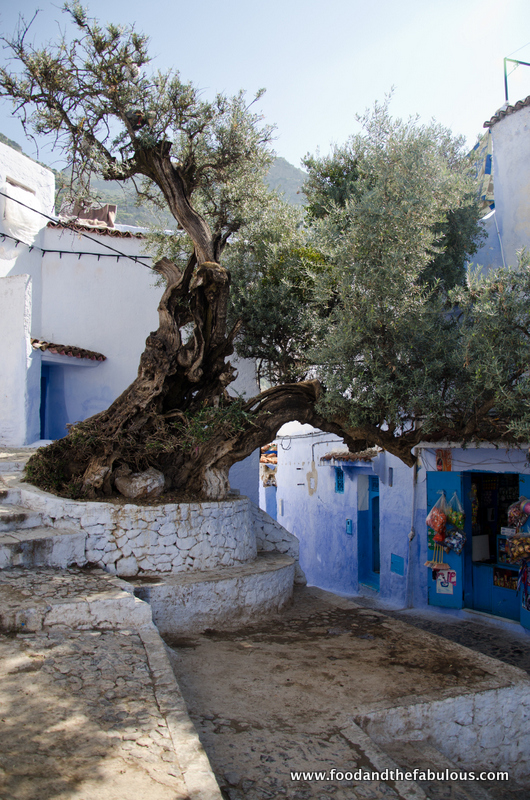 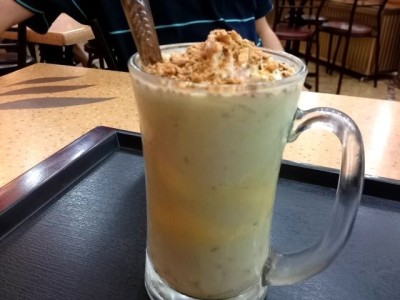 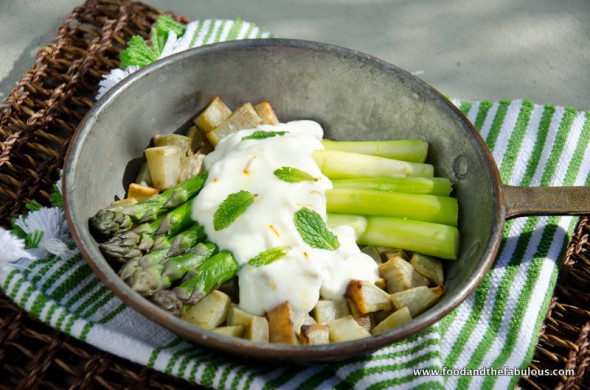