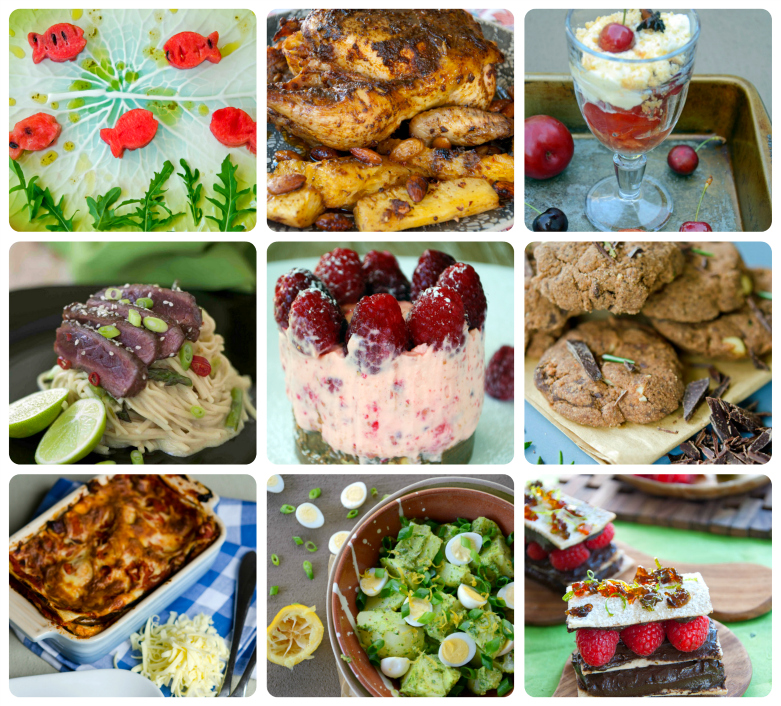 It’s been 15 months since the birth of this blog, and now that I’ve removed myself from our base in Cape Town to spend a few days with our family in Kwa-Zulu Natal, I’ve been able to reflect on the food-loving year past – overall, a spectacular year.

Winning Best Food and Wine Blog at the recent South African Blog Awards, is a recent highlight and one that rounds off a year of intense engagement with food in my kitchen, outside it, and a new partnership with the written word.

Earlier this year I was appointed only the second Connector for Bloggers Against Hunger by the World Food Programme, for my involvement in projects that motivate and link bloggers with the opportunity to share their meals.

(My picture has been plastered in every minor magazine of late – mense, I’m flavour of the month ha ha)

Thank you so much for reading and engaging with me over the last year!

I’ve said it before and I will again, there is little point of a pile of blogs, without the individuals who make up the community – that would be you! It’s been my goal from the minute I starting voicing an opinion in the food community, to get people together to engage, share ideas and above all to enjoy themselves and I think we’ve been successful with that, even if on a small scale, most recently with Cape Town’s First Cookie & Cheer Swap.

Choosing favourites is a cruel take-no-prisoners business, and after much deliberation, here are some of my special moments of the year. 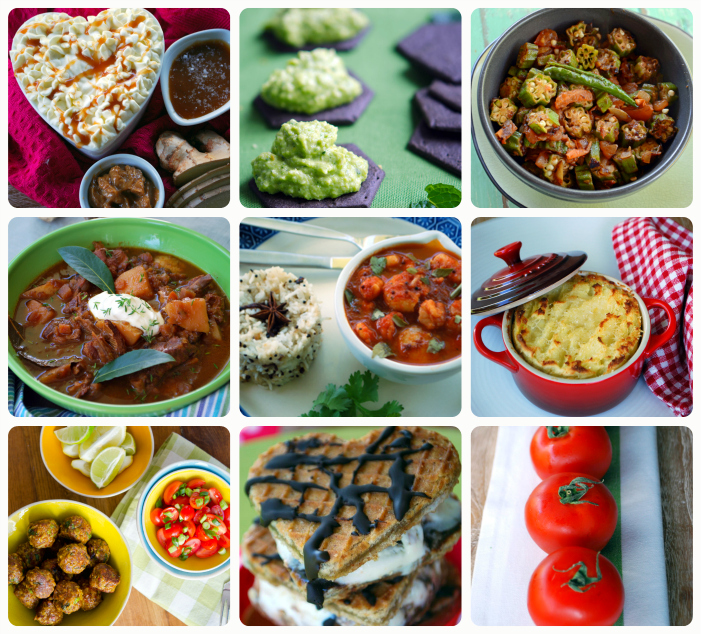 I draw inspiration from many sources (ingredients, books, conversations) and am happiest when the food I prepare is an orignal recipe (well, as far as ‘original’ recipes can go in a world where absolutely everything must have been done before.) I focus on uncomplicated recipes, that are easy to achieve for the home cook but which deliver on flavour. I take enormous pleasure in experimenting with different flavour and ingredient combinations. More often than not, if I can incorporate a kick of chilli in it, I will.

Here are a few recipes I really enjoy:

Prawn Madras Curry – this was the start of my Indian Food made Easy series and my entry into the Food 24 community.

It’s been a pleasure to cook for and with chef friends Neill Anthony, Vanie Padayachee, Jaclyn van Zyl, Henry and Mari Vagar – daunting, but fun.

I’ve also had the privilege of cooking with Reza Mahammed, UK restaurateur and celebrity chef in Franschhoek, Madame Enrica Rocca in Venice and Chef Candido in Barcelona and in Jenny Morris’s Cook’s Playground – all of these classes different, educational and scoopfuls of delicious fun. 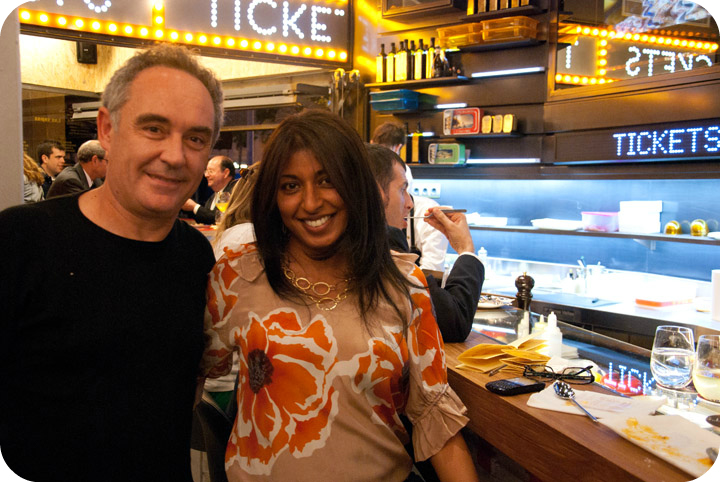 Meeting Ferran Adria and eating at his newly opened Tickets Tapas Bar in May, will remain a highlight for a while.

I must admit that I do not update the restaurant section of my blog regularly. The reasons being time (I take many photos and struggle with selecting just a few), if I’ve become friends with a restaurateur locally I won’t do a review, and sometimes I need a few visits before I’m happy to write about it.

Here are some restaurants that I’ve really enjoyed and I’m happy to wave my pennies at:

Market highlights this year included the new City Bowl and Hout Bay Markets locally (featured in a piece I wrote for Fine Dining Lovers), Rialto in Venice and La Boqueria in Barcelona, as always.

Prague Food Festival involved two days of feasting with friends, is also worthy of a mention.

Attending the inaugural Plate to Page food writing and photography workshop in Weimar, Germany this year put so many pieces of the puzzle together for me. You can read all about my experiences, the talented participants and the wonderful women who ran the course here.

There is much to learn yet, and do you know what? It’s all rather exciting!

Sharing a little of what we have 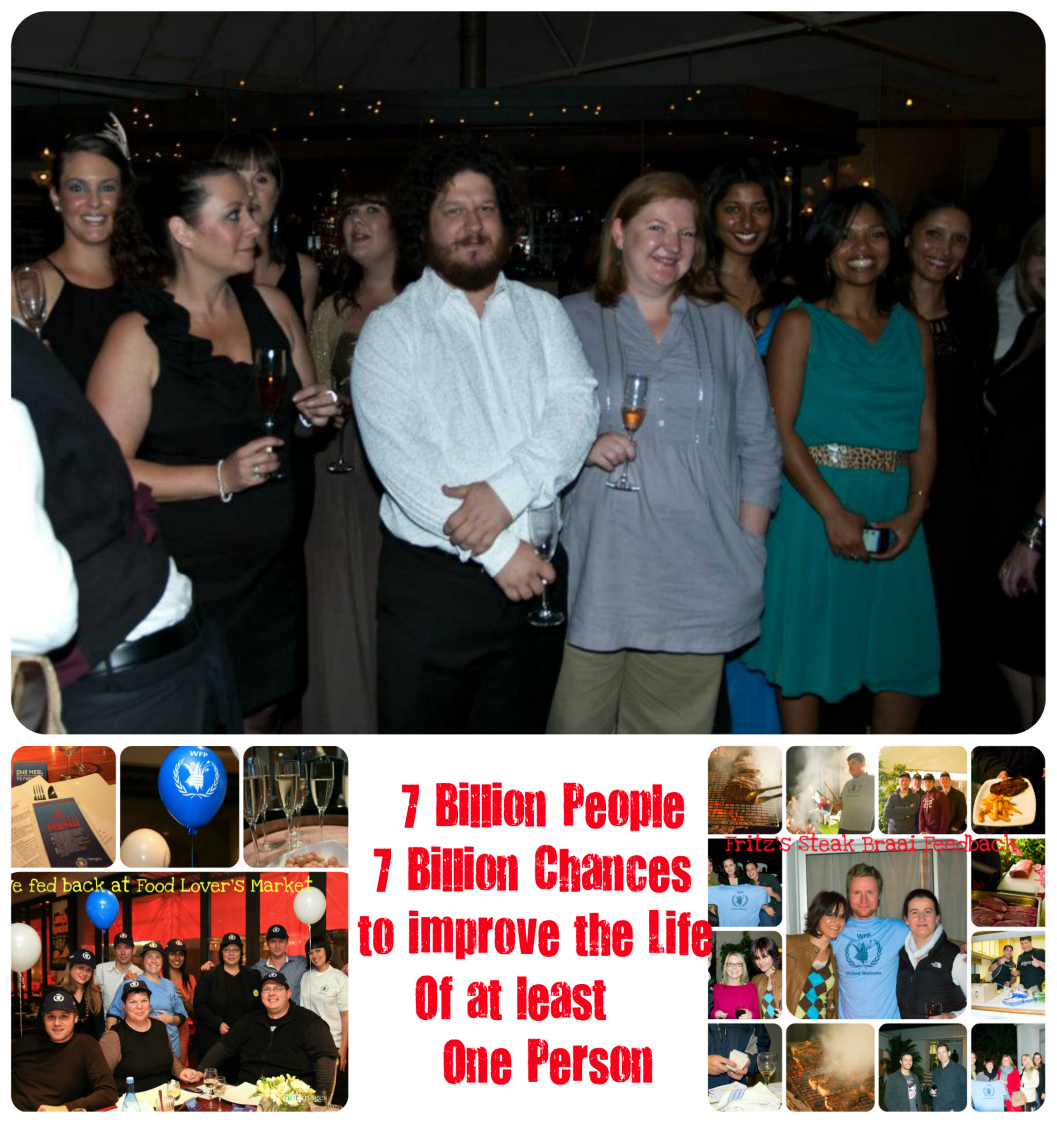 It was in March this year, after a few months of asking tentative questions about the possibility of us as food/wine bloggers banding together to share a little of the very, very many ( and sometimes obscene) privileges we enjoy, that I felt a dark despondency creeping over me by the lack of response. I know that food communities all over the world, often join together for numerous causes (tsunami relief, emergency aid, selling cookies to raise funds for kids with cancer, as per this year’s New York cookie swap).

Then I stumbled upon WeFeedback, an affiliate of the World Food Programme, by a chance tweet from footballer Kaka and decided to keep speaking, even if I became a monotone voice that people want to shut out.

Later this year, food bloggers Fritz (Real Men Can Cook), Jenn (Jenncuisine), Astrid (Paulchens Food Blog), Simone (Junglefrog) and myself held dinners with the aim of raising money to feed 500 children each (around 100 euro each). In the end we raised around R10 000 (1000 euro) and fed close to 500 kids! You can read about the efforts of these amazing friends here, with an awesome video made by the W.F.P in thanks.

You are more powerful than you think

The salient aspect I often encounter when people ask “what can I do/the problems are far greater than little old me” is a response of surprise that we have the power to do something. Or anything.

The reality is that the very smallest of actions (just speaking and spreading the word) become a cumilative of not-so-little actions.

A little while back I was faced with a barrage of resistance regarding what impact bloggers can actually have in the face of the hunger problem we face (1/7th now in a population of 7 billion, are starving).

I believe in the value of your voice. Even the 15 readers you may have (that would be 5 more than me haha!) can be reached via your platform. Writing about the difference people like us can make, and inviting your network to join, is in my mind, as effective as a protest march.

While it would be ideal to get our governments to wake up from their stupors about the food security crisis, chances are you can not take the day off work to attach yourself to a pole at parliament. But, you can send a few emails to a few friends, who have friends, like Jaclyn did this Christmas, feeding street children delectable meals that she helped to prepare and deliver. It took a few tweets, some money, some time and her two hands.

Every hand, every voice can make a difference. That has been my motivation through all of 2011 and I suspect will continue to be so in the new year.

On this note, once again, a huge, heartfelt thank you to the twitter literati who came out in force to support help2read’s benefit dinner, and actually got help2read to trend on a football Saturday night. In a sea of  frivilous trending topics, you lot are the magnificent vessel that helped to get our important message across.