Traveling across South Africa, Ishay Govender goes in search of a curry that defines the nation. Written for Fine Dining Lovers. 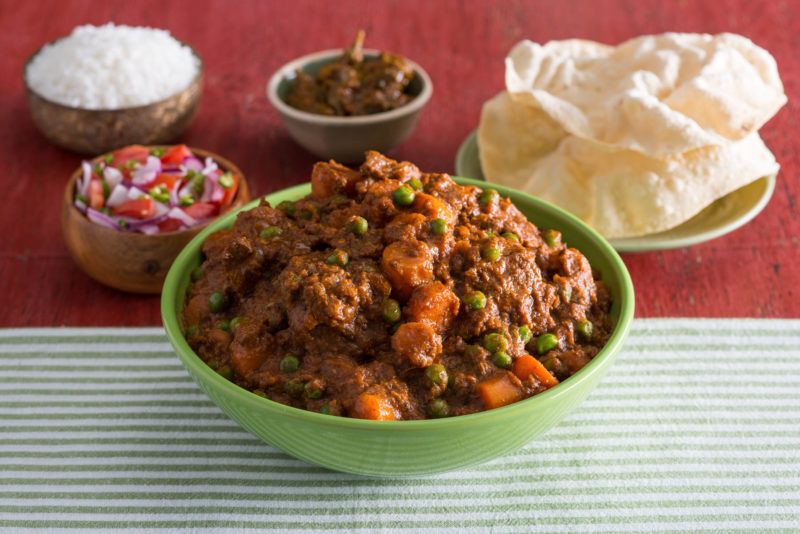 Is there one definitive dish that South Africans love and prepare? It’s common knowledge that the country comprises a variety of cultural, ethnic and religious groups, with as many languages to match. One popular belief (and it is true to a large extent) is that South Africans love to braai (barbecue). The ingredients used, preparation methods and fuel – wood or gas – may differ, as do the tastes and the aromas, but the generally great weather and a love of the outdoors, has us at the grill quite often. I set out over the span of a year and a bit to visit each of the nine provinces, and the home cooks loved by their communities, not in search of charred lamb chops and savoury, smokey burnt ends, but in search of curry. The end result is Curry: Stories & Recipes across South Africa, an anthropological overview into a diverse range of homes, backgrounds and recipes for curry.

I’ll release a spoiler and say that there are as many curries as there are cultural groups living in this land. However, the history of indentured servitude and slavery has informed and influenced the cuisine in large tracts of the country. In many instances, because movement across the terrain has been difficult – the country is large and the oppressive segregation laws of the past under apartheid ensured that people remained within communities based on racial groupings – the food customs remain intact, with recipes very close to the original versions. Take the west coast, where the Dutch, under the Dutch East India Company (VOC) who were involved in trading along the spice routes, established a victualing station in the Cape in 1652. Slaves from Ceylon, Indonesia, Batavia, Java and Madagascar, who became known as the Cape Malays (a term still used today), were brought in by the VOC to serve the Dutch. The Cape Malay cooks who worked in the kitchens, using their array of spices like turmeric, cinnamon, cumin, coriander and chilli, transformed the palates of the Dutch and the region, though tempering the…